A zoo in China has decided to switch things around by letting the animals roam free, and putting the humans in cages! Visitors to the Lehe Ledu Wildlife Zoo, in Chongqing City, China, travel around in caged vehicles, whilst the animals are free to roam around the park as they wish! 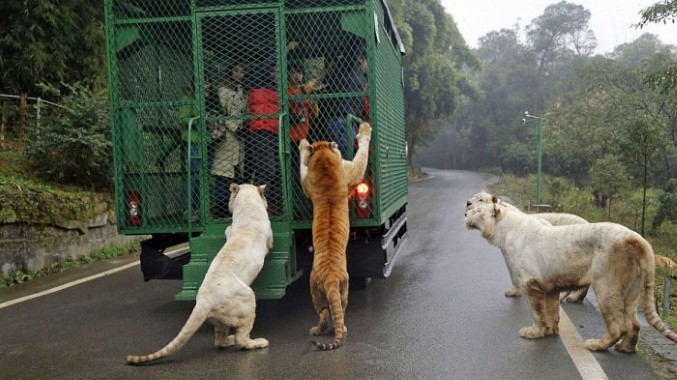 The thinking behind the zoo is that the visitors can get up close and personal with the animals without the wildlife having to be cooped up in pens. They are free to wander around the vast park without being in an enclosure. 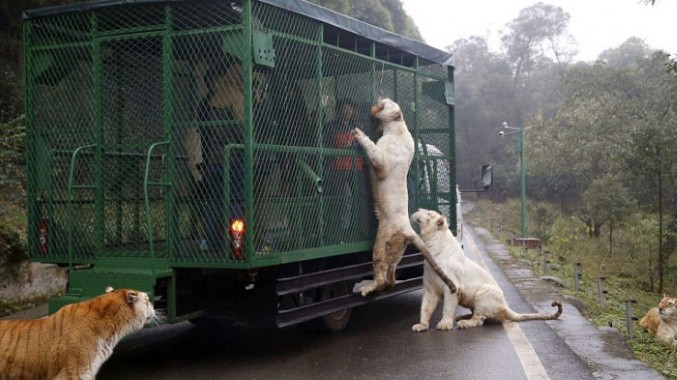 For those too scared to travel in the cages, the zoo also lets visitors move around the park in buses. The vehicles have gaps in them so visitors can feed the lions, tigers and bears. Live chickens are used to lure the animals – including such rare species as white tigers and Bengal tigers – to the bus for feeding. 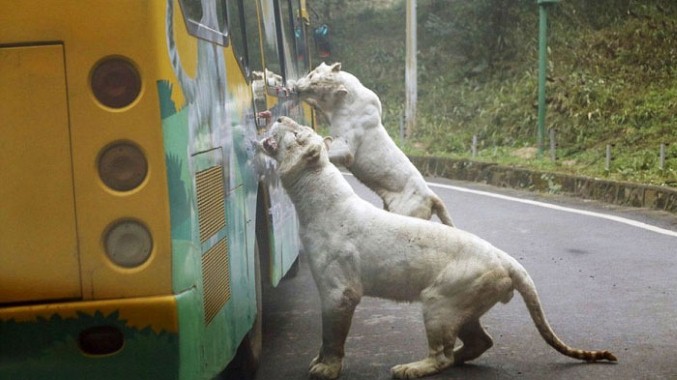 A zoo official said “we wanted to give our visitors the thrill of being stalked and attacked by the big cats but with, of course, none of the risks.” The zoo is hugely popular with locals and tourists alike; it was sold out for the first three months after it opened. 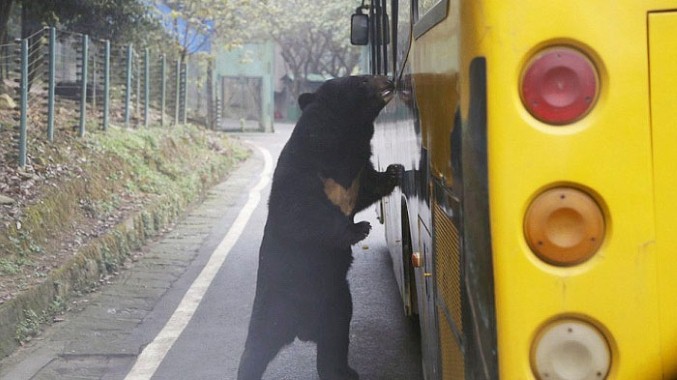