On Sunday, March 2, 2014, a five-hour long, epic battle raged in Queensland, Australia. The enemy combatants? A 10-foot long python and a fresh-water crocodile. Witnesses say the battle started in the water. According to snake expert and Associate Professor, Bryan Fry, from the University of Queensland’s School of Biological Science, “While water pythons usually target smaller animals and rodents, small fresh water crocodiles are easy prey, [as though] crocs are more dangerous to catch, [they are] easier to sneak up on.”

One local witness, Tiffany Corlis, snapped a series of pictures as the reptiles waged war. 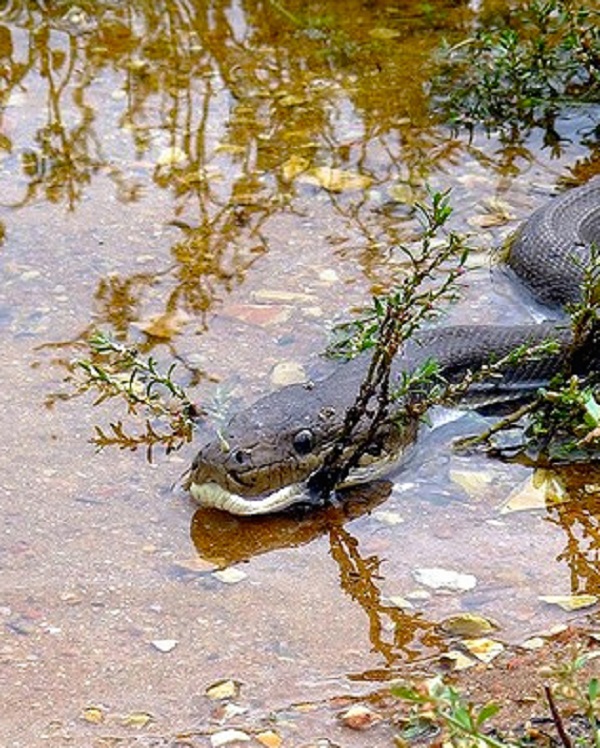 A python slithers through the water on the hunt for prey. 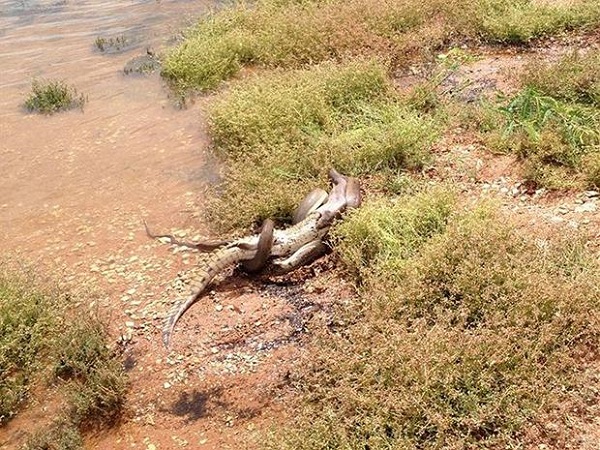 The battle continues on land, as the snake works to coil its long body around the crocodile and squeeze. 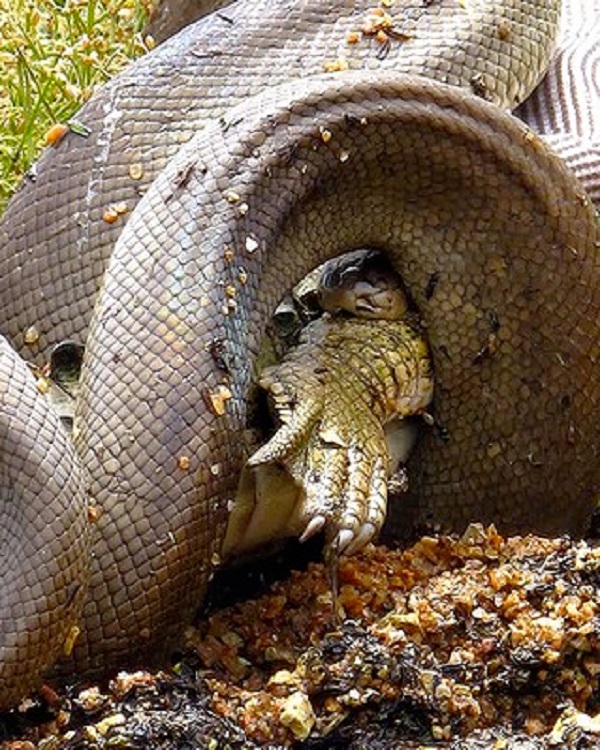 Eventually the python’s constriction had subdued the crocodile into submission, and it gave up. The python took a break to rest, while still keeping a protective hold on the lifeless crocodile. 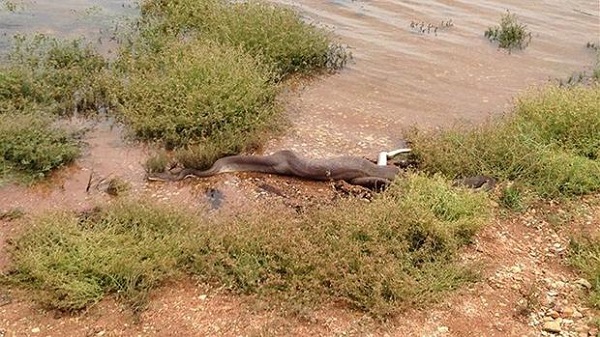 The python, the victor, rests after a long battle. 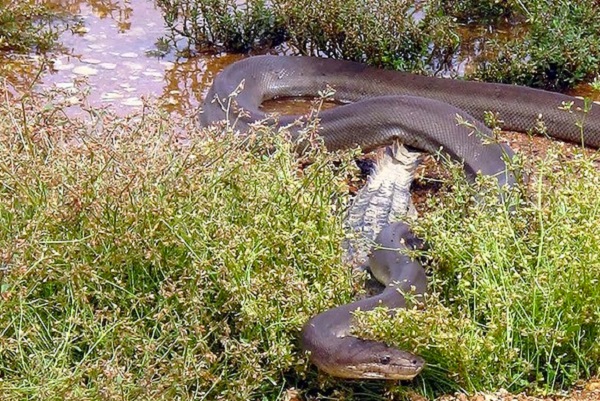 After some rest, with the winner being clear in this duel (the python doesn’t always win), it was time for it to take the prize, and its dinner, so the long process of swallowing the crocodile began. 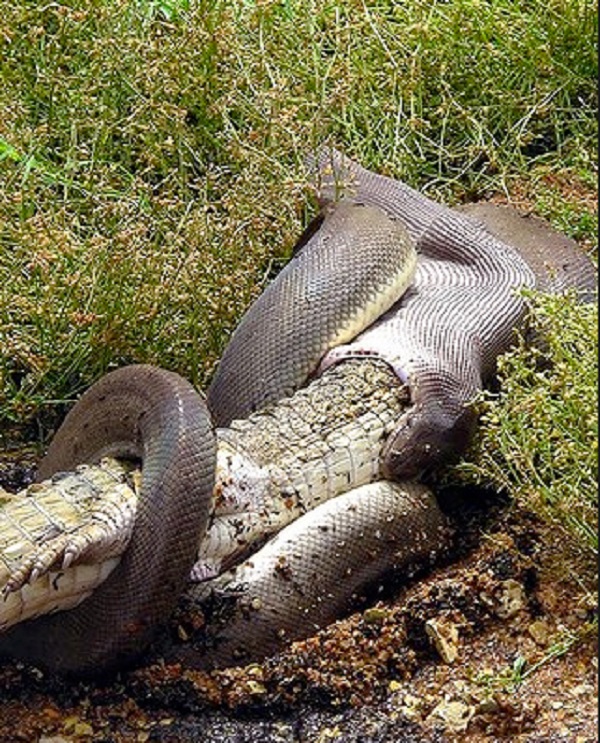 Starting with the crocodile’s head, the python opens wide, and starts to swallow its prey. 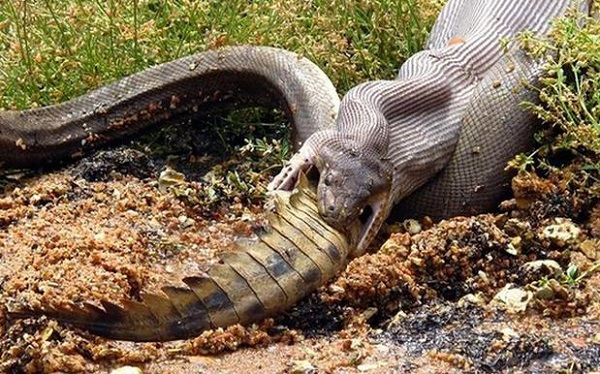 Almost there, the python has made it as far as the tail, with the rest of the crocodile already inside its long slithery body.

“For a water python to successfully overpower and then devour a small crocodile, a lot more time [is] required than for smaller animals, which [leaves] the pythons vulnerable to attack,” says Associate Professor Fry, “the problem is they are risking being injured or killed, so they have to be judicious.” 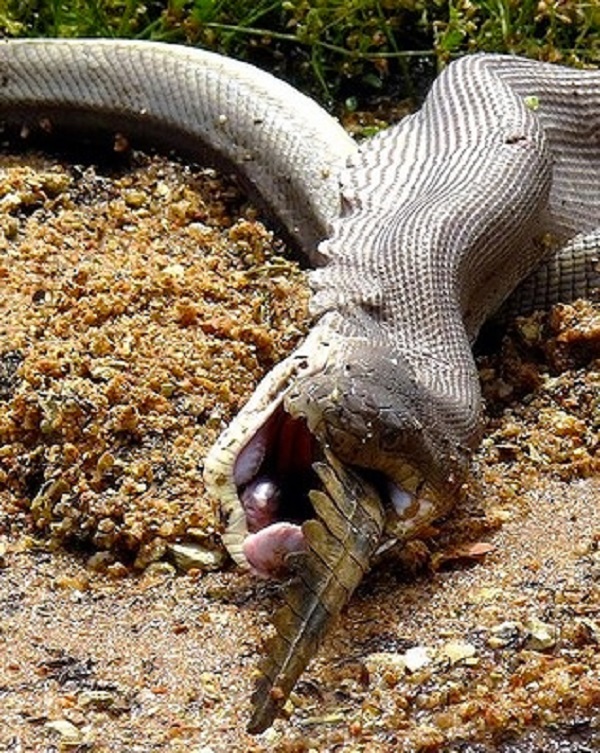 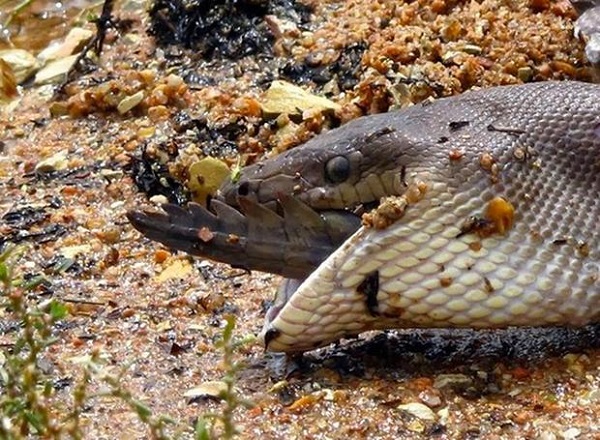 It is amazing to think with the size of that snake’s head, its jaw can unhinge in order to swallow something so much larger than its mouth. As is made clear in the stunning photos, the python worked its way down, starting with the crocodile’s head, to slowly consume the entire body, still whole.

Witnesses stated that at one point they truly believed the giant snake had bitten off more than it could chew, but at last, it managed to swallow the crocodile completely. 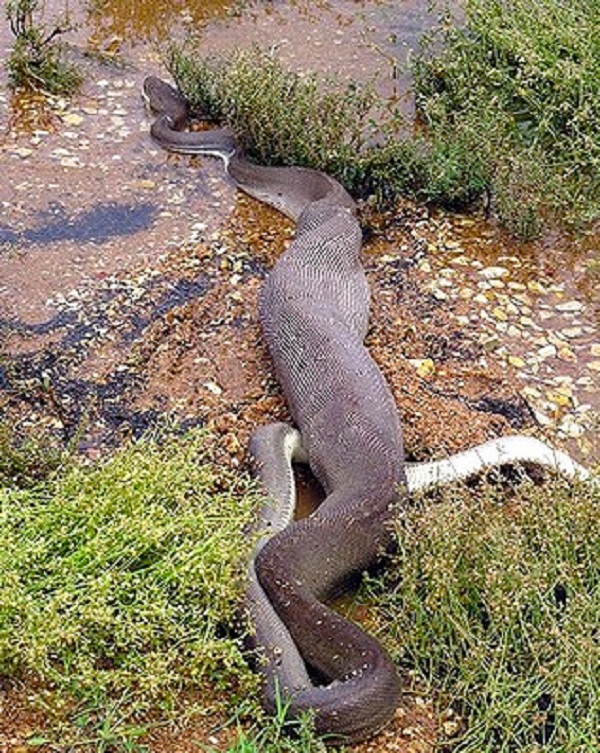 So do you want to go swimming? Oh yes, that body of water, Lake Moondarra, is in fact a popular swimming hole. GULP! I may never go into the water again!

So if you think you were having a bad day, think of the day that crocodile had. Nature is fascinating to observe. Go ahead, share this with your friends and family, as it is not something you see every day!