A proud father living in The Philippines uses photos to tell the story of his young nine-year-old son, Ken, a hero to four stray dogs in their neighborhood. Ken had come across the stray dogs while walking his own dog daily. After two weeks of the boy taking food to feed the stray dogs, the father says he decided to tag along with his son on his walk one day.

The father writes on his imgur.com account, churchofpizza, on February 20, 2014, “It seems to be a family of four [dogs], but one was missing today.” 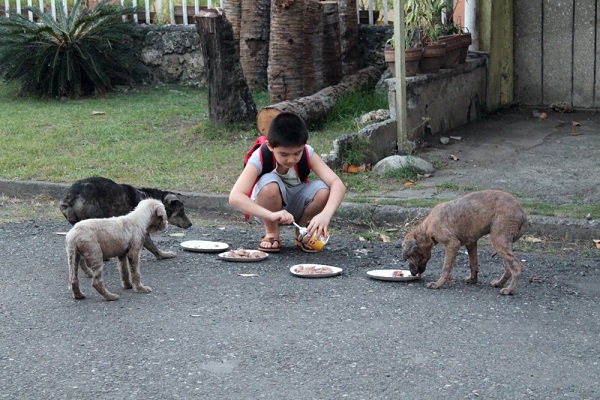 As they didn’t know the dogs’ real names, or if they were ever even given any, the have called them, ‘Brownie’, ‘The White Puppy’ and ‘Blackie’. 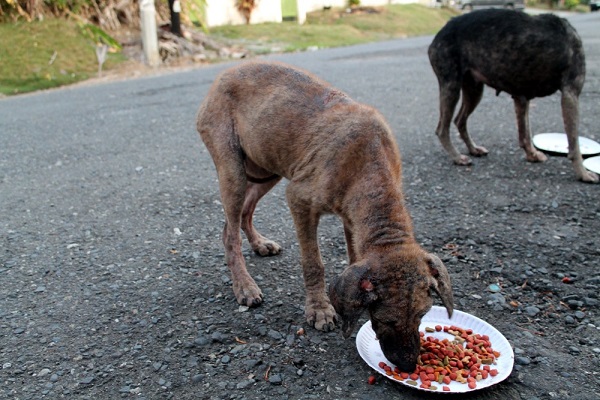 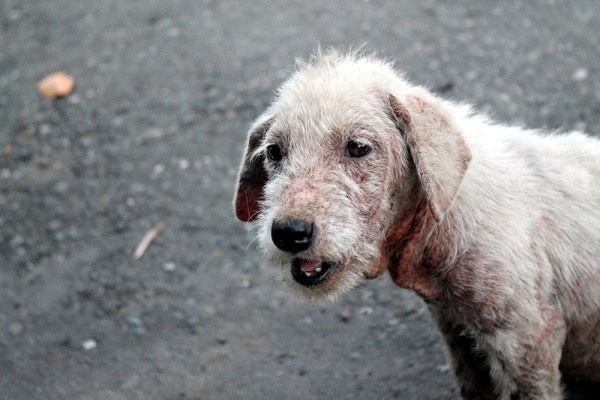 …And Blackie seems to be the mother 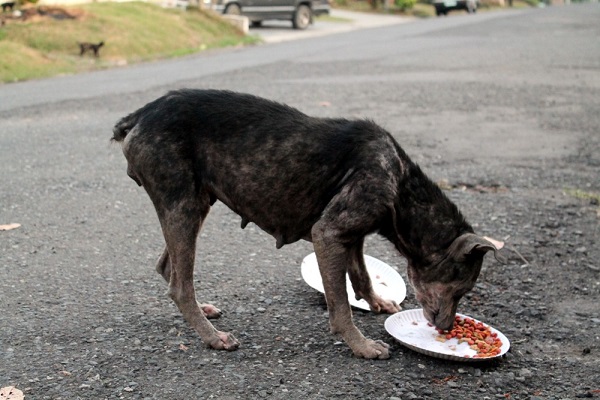 The father writes, “My son says at first the dogs would only eat the food he left for them, when he was 50 feet away. Gradually they got used to him, but even now only the white puppy will come within petting distance.” 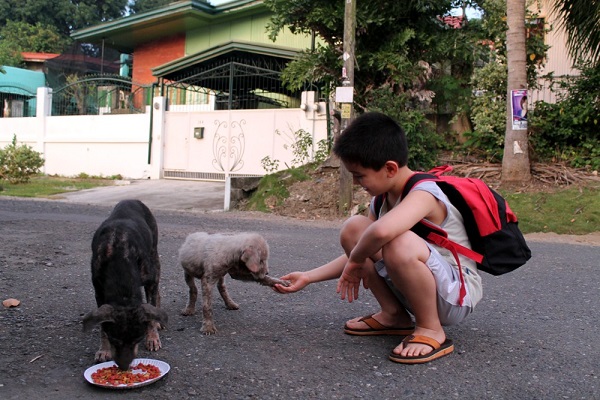 White puppy is not only comfortable enough for some affection, but also has learned to do tricks somewhere along the way. If you hold up your hand, he lifts his paw to give you a high-five. Adorable! 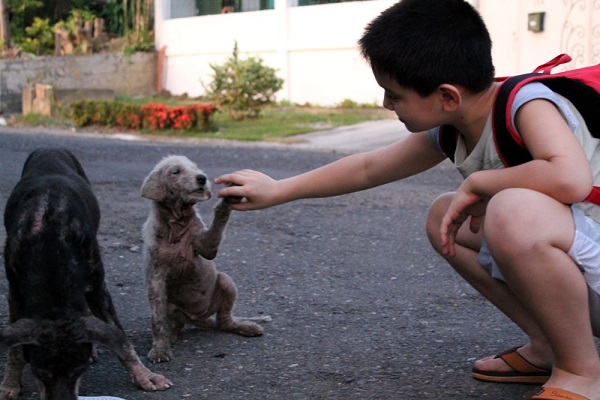 Young Ken, hasn’t stopped at bringing food to these dogs, though. He has created his own web site to raise money to find an animal shelter and buy enough food and supplies to take care of them. 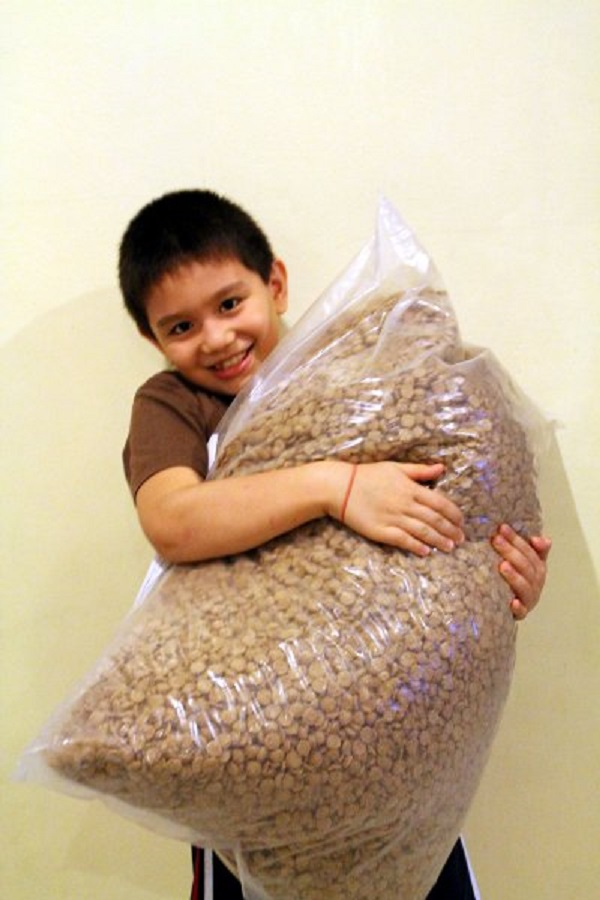 In his ‘About Me’ section, Ken talks about his love for animals and why we should all care for them, “I think animals should be treated just like humans. I mean, just think we are mammals (warm blooded animals, just [in case] you don’t know). We have legs like most animals, we both have [five] senses, and we both have brains, of course we are exactly the same. It’s just that humans rule the world more than animals and, that’s not fair. This why I treat animals with special care. There [is] no [difference] between us and animals.” 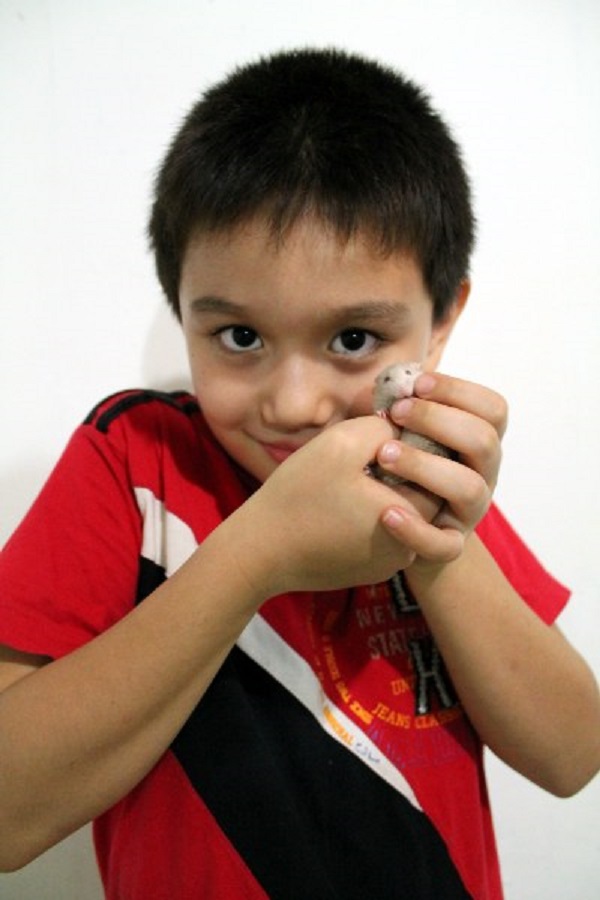 Ken is very wise, and there are many adults who could learn from his ideas and compassion for these animals. 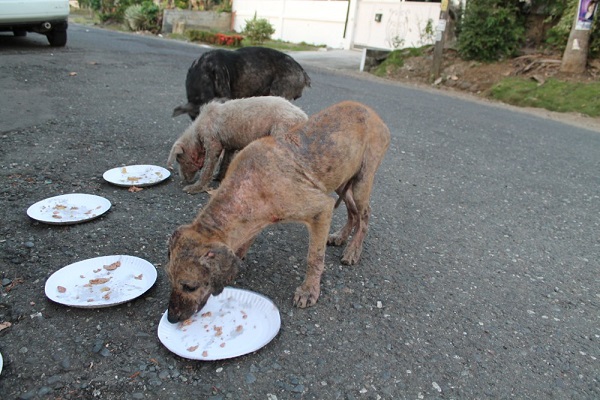 He reports on his website’s last update on February 25, 2014, “My dad said I have enough donations to start a small animal shelter. [My family and I] went looking for a place to have one, [and] we found a nice place for an animal shelter. I met the owner whose name is Ollie. Ollie keeps a lot of animals, chickens, ducks, and a dog, he also keeps mice. He asked me if I wanted to take care of them, [because] Ollie is too sick to take care of them. I said yes, [and] now I am taking care of them and giving them coconut and chicken feed. They are playful, and run around your body. I hope to find them new homes soon.”

What an amazing and inspirational kid Ken is! 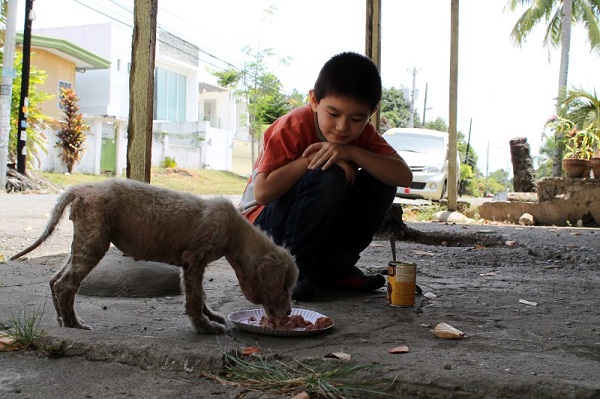 As you can see in the pictures, though the white puppy, Blackie and Brownie are lucky enough to have Ken in their life, and are no longer hungry, they may need some medical attention and other supplies as well. 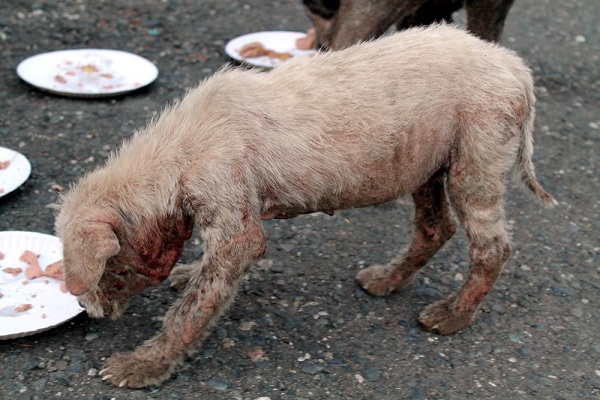 If you would like to donate funds for food, care and supplies to help Ken save these dogs and other animals, or simply want to track his progress, please visit his web site, here. As you can see from Ken’s picture below, he is thankful for any help you can give to these animals. 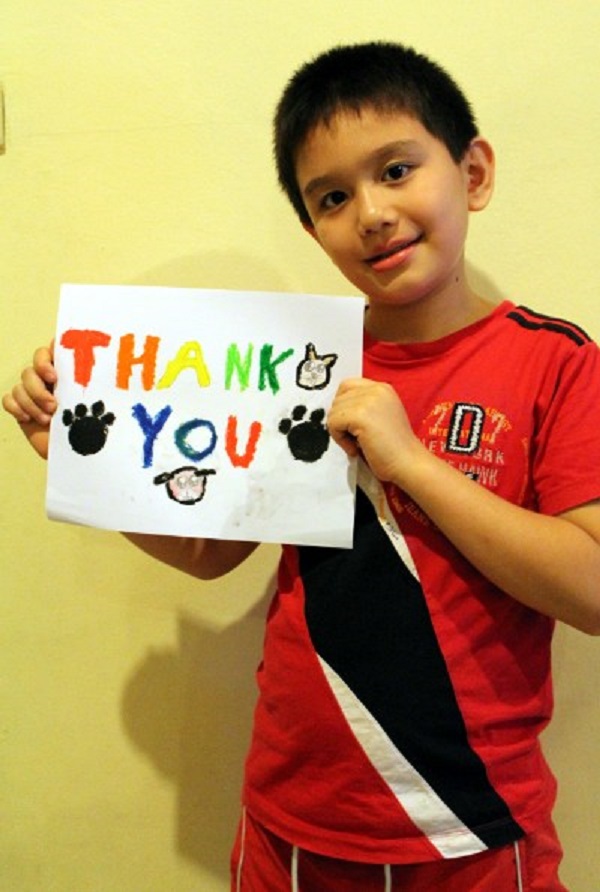