A photo has emerged which captures the moment that a small child breaks down whilst meeting his unlikely heroes.

Two year old Quincy Kroner, from Cincinnati, Ohio, recently became fascinated with garbage trucks. “Every Friday he knows they’re coming,” Ollie Kroner, Quincy’s father, told ABC News. “From the moment he hears them from blocks away he runs to the window, climbs up on the couch and watches them.” He’s also started to idolize Eddie Washington and Mark Davis, the Cincinnati Public Services workers who man the truck. “They’ve developed a kind of relationship through the window,” Kroner said.

The pair agreed to meet with Quincy last week as a reward for successfully completing potty training. Quincy also received a new toy garbage truck which he wanted to show Eddie and Mark. But when the time came to say hi to his heroes, he was overcome with emotion. “He was so excited leading up to it but then when the moment came he became undone,” Ollie said. 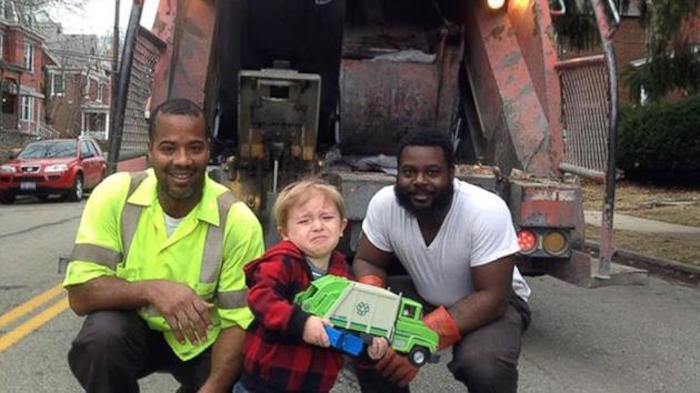 CPS told English newspaper, the Daily Mail: ‘These sanitation professionals are part of a new generation of Public Works employees who understand that their work is essential for the quality of life of our citizens.’ They also confirmed that they will be officially recognizing Quincy, Eddie and Mark in the near future. 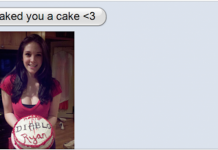 The Most Epic Girlfriend Texts Ever!