Oscar Munoz is the CEO of United Airlines. And he’s upset a fair few people recently. He just sent out a memo letter to staff about the crazy videos that have gone viral over the past 24 hours. They showed security forcibly removing a doctor from a seat on one of they planes – that he’d paid for – and roughing him up pretty badly, even causing bleeding.

The clips have stunned the world and prompted widespread damnation. so you’d think the letter was a grovelling apology, right? Nope!

Here’s an extract from it:

“While the facts and circumstances are still evolving, especially with respect to why this customer defied Chicago Aviation Security Officers the way he did, to give you a clearer picture of what transpired, I’ve included below a recap from the preliminary reports filed by our employees.”

“As you will read, this situation was unfortunately compounded when one of the passengers we politely asked to deplane refused and it became necessary to contact Chicago Aviation Security Officers to help. Our employees followed established procedures for dealing with situations like this.” 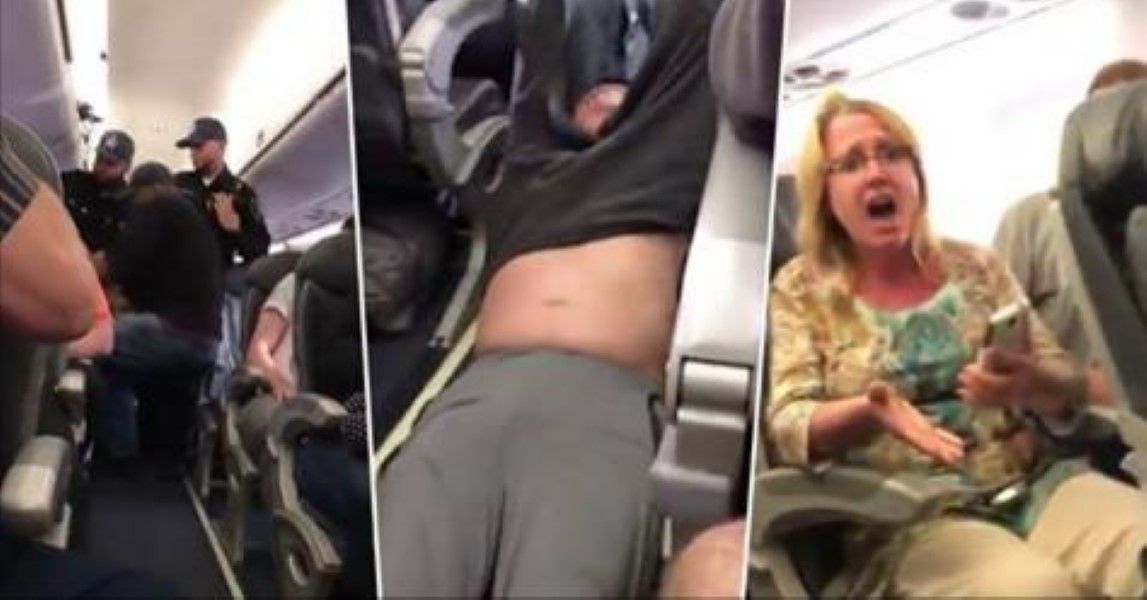 The airline had overbooked the flight likes all airlines do (and keep pretty quiet about). Everyone turned up so they had to select some passengers at random to get off. The doctor was selected. He refused to play ball…

So here’s exactly what went down onboard:

@united @FoxNews @CNN not a good way to treat a Doctor trying to get to work because they overbooked pic.twitter.com/sj9oHk94Ik

And here’s the letter that United sent about it…

Shocking stuff, right? We think they might need a new PR consultant at United…