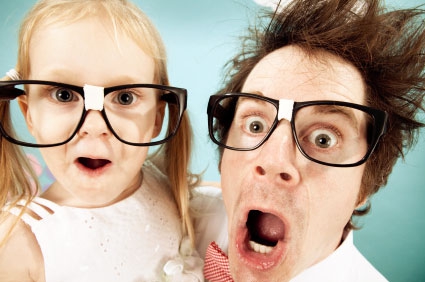 These WTF Facts will really have you saying WTF. Most are completely useless facts and things you probably don’t even need to know. So, take a look at our list of WTF Facts and see how many times you can say WTF 🙂

1. High heels were originally made for men. Butchers wore them so they wouldn’t step in blood. Genius right lol

2. According to new study, Psychological hurt of a breakup is as real as a physical injury. Damn you Brain, always playing tricks.

3. In Japan, if you commit suicide by jumping in front of a Train, The Rail Companies will charge your family a fee.

4. Taurine, a popular ingredient in energy drinks, is required in cat food products. Without it, cats will lose their fur, teeth and eyesight. NO, this does not mean give your cat an energy drink.

5. When you look up at the blue sky and see little white dots flying around, you’re actually seeing your own white blood cells. How cool is that?

6. In 1962, a “laughter epidemic” broke out in Tanzania – 14 schools had to be closed because students could not stop laughing. Sounds like a plan to skip school.

7. Megadeath (or megacorpse) is a unit of measurement for deaths by nuclear explosion – one megadeath is one million deaths.

8. Leonardo da Vinci was reportedly able to write with one hand while drawing with the other. Probably explains why its hard to understand his writing.

9. Just as some people talk in their sleep, sign language speakers have been known to sign in their sleep. Plot twist, they are doing Kung-Fu.

10. Nicholas Cage once woke up in the middle of the night to find a naked man eating a Fudgesicle next to his bed. How scary would that be?

11. There is a sea slug that can eat algae and gain the ability to photosynthesize, so it never has to find food again for the rest of its life cycle. I wish i could do that lol.

14. King Philip of Macedon lost his eye in a battle. When his men picked up the arrow that had pierced him, written on the shaft was “To Philip’s Eye!” Or maybe, they wrote that on every arrow?

15. Adam Savage and Jamie Hyneman from the Mythbusters don’t actually get along and are not friends outside of the show. I know I know, why would you even want to know that right.

17. The Google Gmail logo was designed the night before the service launched sometime in 2004 .

18. There was a woman named Veronica Seider had vision 20x better than average. She could identify people more than a mile (1.6km) away. I wonder if she could zoom in and out?

19. A man named Robert Lane named one of his sons “Winner” and the other “Loser.” Winner Lane became a small time crook arrested 31 times, and Loser Lane became a police detective. Hmmmm

20. The opposite of a bird’s-eye view is called a worm’s eye view. Makes sense right?

21. Ants were the first non-human meat farmers. An African breed of ants raise other bugs for food.

23. The banana plant is actually a herb, not a tree. The bananas that grow on it are actually the berry from that herb plant. Plant, Tree, Herb, this makes little sense to me.

24. A train driver tried to avoid hitting a cow, which ended up killing 600 people. No idea how that happened.

25. In 1971, Pink Floyd played a concert in which the music was so loud that it killed several fish in a nearby pond.

26. The highest score made in a Football game was 149-0, one of the team started scoring own goals to protest against the referee’s decision. What good did that achieve?