Google Glass detecting faces, iris recognition software, Facebook automatically tagging faces. Facial recognition technology improves by the day and becomes more and more popular and pervasive. And while some people remain blissfully unaware, others are rising up against this increasingly worrying trend. There’s a movement of people determined to escape being tracked and auto-recognized by state-sponsored machinery. And they’ve come up with a great tool to fight it.

Artist Leo Selvaggio has had enough with the creeping invasion of privacy and has decided to do somehting about it. Selvaggio is the man behind the ‘URME Personal Surveillance Identity Prosthetic’, which is a 3D-printed hard resin mask version of his face which someone can wear to fool these new types of technology. And yet it’s realistic enough not to leave the wearer looking like a complete idiot. 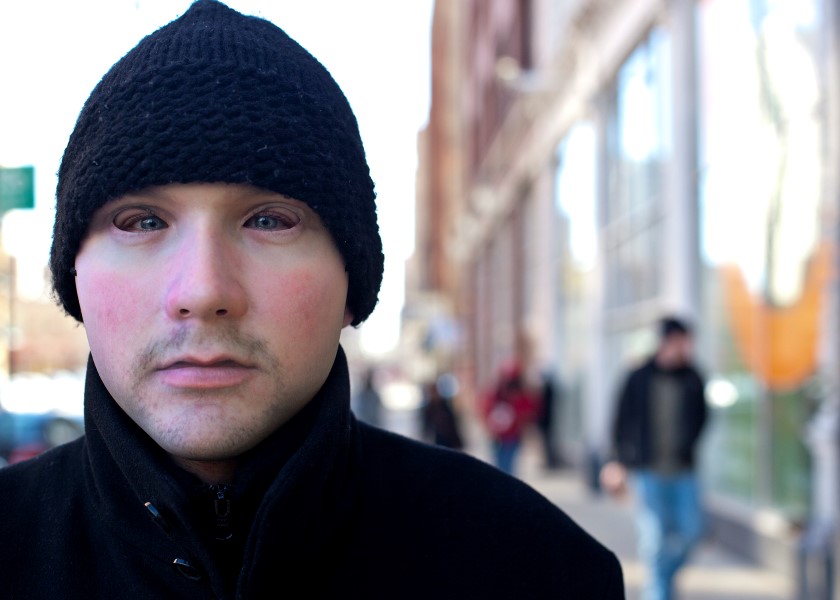 “I wanted something practical, that people could actually use”, says Leo. “What is actually happening is that you’re creating disinformation,” Selvaggio goes on. “What happens when there’s a hundred Leos walking in public spaces, all from different parts of the country? What is an automated system going to say about me then?”

He was inspired to come up with the idea after years of hearing stories about what happens in his hometown of Chicago, America’s most spied upon city. The home of the Cubs is also home to ‘Operational Virtual Field’, a complex network of over 25,000 closed circuit TV cameras that track Chicagoans. 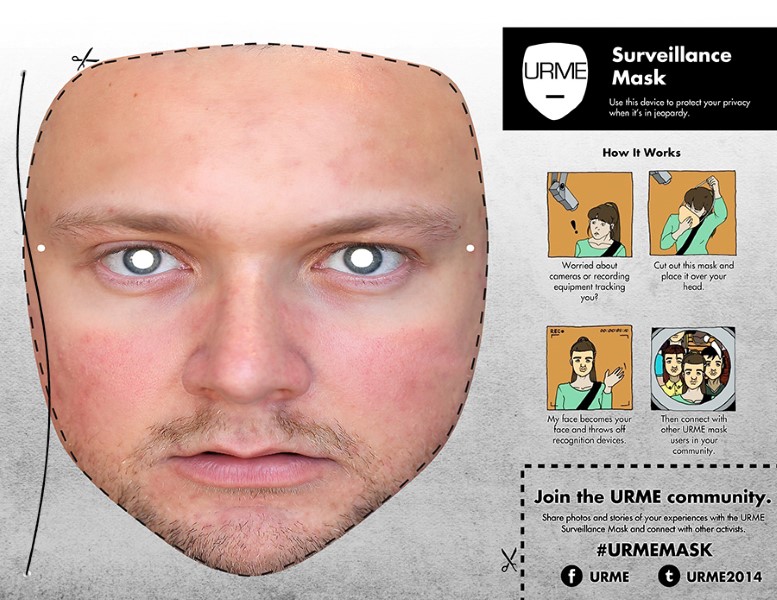 Think people are being paranoid? Well the facial recognition technologies employed by countries across the world are fallible. They go wrong.

“While facial recognition systems are billed as cutting-edge and sophisticated, they have been proven to be a problematic technology prone to errors,” says Mike Rispoli from something called Privacy International. “The angle in which the picture was taken, the lighting in the surrounding areas, the person’s skin tone or clothing, and other variables all have a significant impact on how the ‘faceprint’ is registered and has been shown to create false matches.”

Maybe it’s time we all bought one of Leo’s masks, huh?