Last week, Harrison Township, Montgomery, Ohio witnessed what can only be described as a miracle.

On March 4th, 7 month old Madison Goldsmith was traveling in a van with her mother, Lashonda, and a teenager when they were struck by another vehicle which had sped through a red light. When police officers arrived at the scene, they feared the worst.

Madison, still attached to her car seat, had smashed through the van’s windscreen, and was flung 25 feet from the vehicle. She had come to a rest face down in a pile of snow. Police assumed that Madison had died in the accident. But what happened next was incredible. After turning over the car seat, officers were greeted by a fully conscious and smiling Madison Goldsmith! 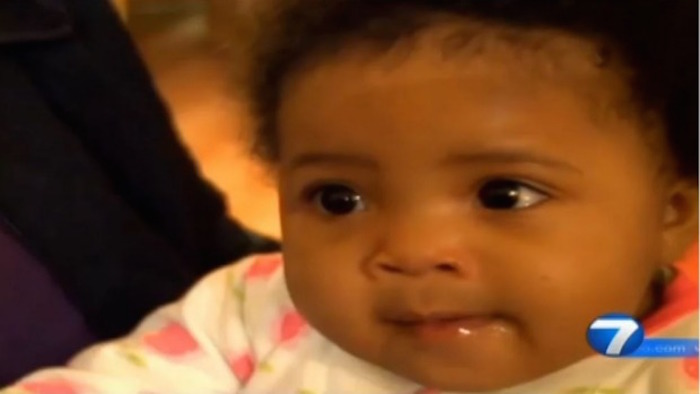 Just a few hours after the accident, both Madison and her mother were released from hospital with only a small bruise between them.

The Goldsmith family believe that their survival was more than just good luck. They believe that Madison was saved due to divine intervention. “God does not make mistakes — I tell people that all the time. When things happen, it’s all in His will,” said Rhonda Mooney, a family member.

So what do you think? A miracle, or simply great fortune?