He’s called ‘Smiley’ for a very good reason. You’ve never seen a happier dog in all your life. And with good reason – this Canadian Golden Retriever has a great life up in in Stoufville as a therapy dog. But Smiley’s not exactly like all the other dogs you might see going for a walk. Smiley has no eyes. He was born without them.

Local dog lover Joanne George had no qualms about adopting blind Smiley though. In fact, as soon as she saw him at the ‘scary’ puppy mill that he was born into, she knew she just had to take him away. After all, who knows what the unscrupulous owners might have done with Smiley had she not… 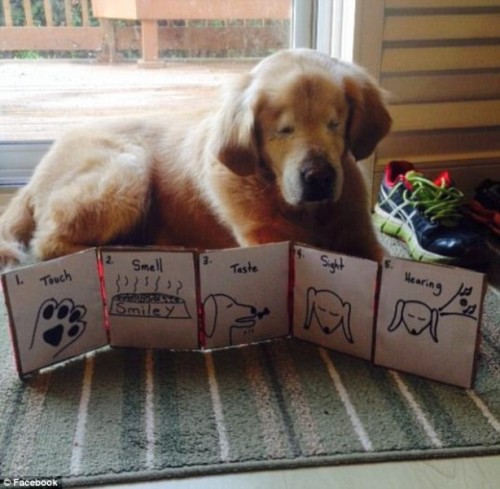 Smiley was a little nervous and introverted at first, but she paired him up with her Great Dane Tyler and he really began to blossom. ‘Tyler was so bouncy and crazy and happy go lucky and [Smiley] turned into the same dog’, she says. 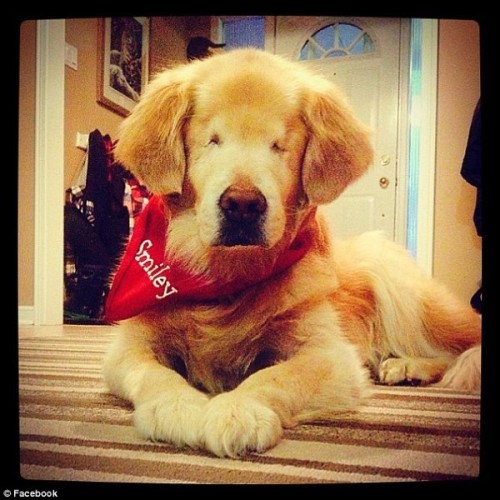 Joanna quickly realized how loving Smiley was and decided to take him around nursing homes in the area in order to spread some his warmth and love. One of the first people she introduced Smiley too was a reclusive and uncommunicative man called Teddy. He’d been living in a home for years and staff claim they’d never seen the man smile. Not once. Until he spent time with the wonderfully spirited eyeless dog.

Which is kinda beautiful, huh? 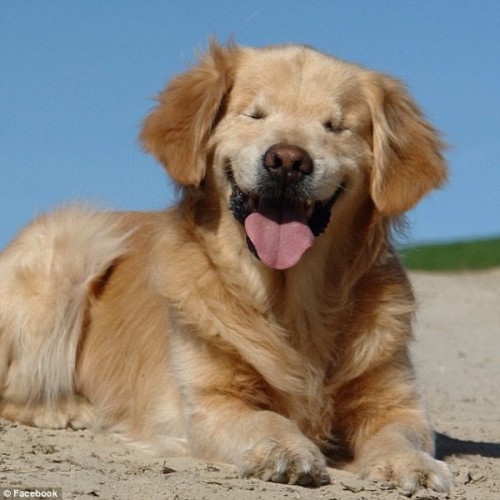 What a cutie – we love Smiley! 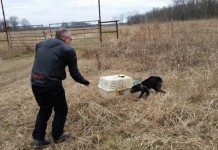 These Two Bikers Found An Old Animal Crate Abandoned In A Field…What They Found Inside Was Shocking!