The Neptune Islands, roughly 70 kilometers off Port Lincoln in South Australia. Documentary maker Dave Riggs is filming in the waters when out of nowhere – an ENORMOUS Great White Shark springs from the water just feet from where Riggs was filming footage for a Discovery Channel show

Riggs claims that the shark, a female, was just ‘coming up for a sniff’. 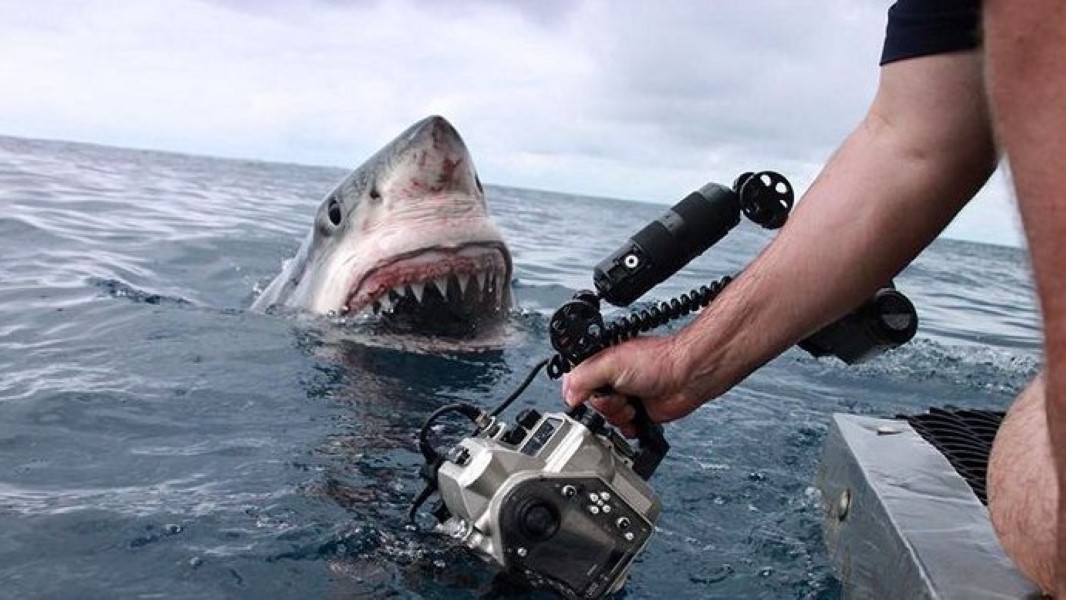