When Brazilian Nelson Felippe saw this scene while waiting for a subway train on the Rio de Janeiro underground system, he just had to take a picture. He posted his picture on Facebook, along with an explanation of why he thought that the photograph needed to be seen by all his friends and followers. Since posting it, it’s gone viral. Let’s see why… 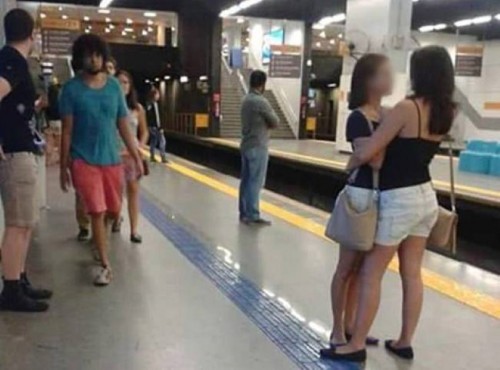 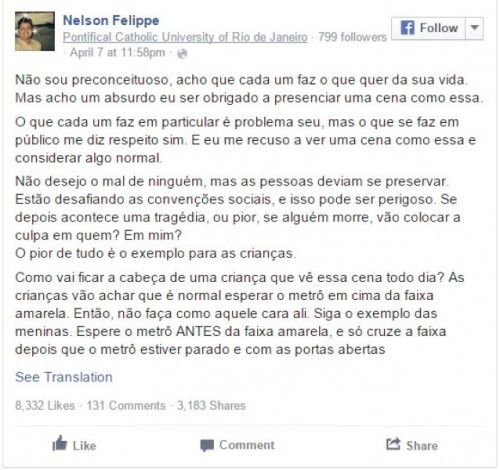 Take a closer look at it. It’s a subway platform with some people standing around, a guy walking towards the camera and two young girls, seemingly embracing in a romantic way. Here’s what Nelson wrote:

“I’m not prejudiced. I think people should do whatever they want to with their lives. But I think it’s absurd that I should be forced to witness a scene like this.” 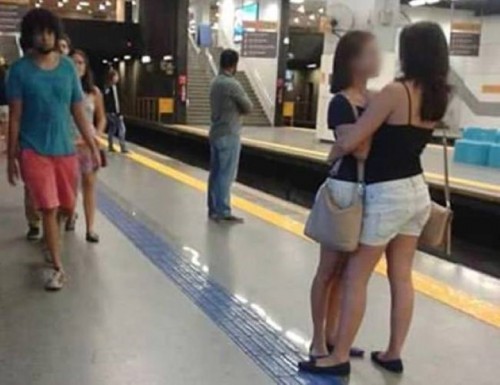 “What people do in private is their business only, but yes, what they do in public concerns me. And I refuse to see a scene like this and consider it normal.”

“What would happen to a child who sees this scene every day? Kids will think it’s normal!” 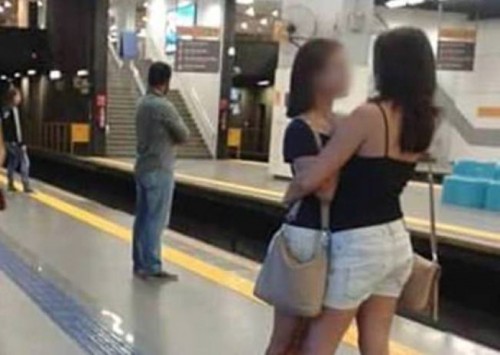 “I’m concerned that kids will think it’s normal to wait for the subway that close to the yellow line. So, don’t act like that guy over there. Follow the example of the girls.” 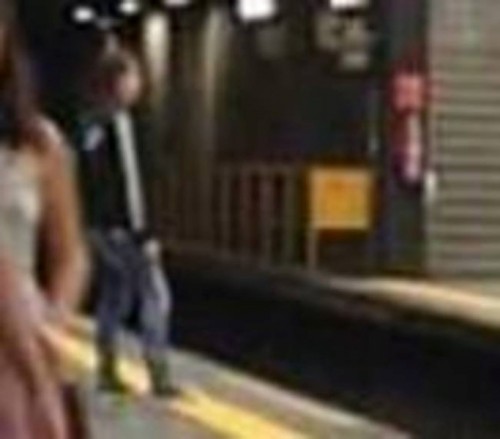