Unbelievable footage emerged from East London today as a crowd of bystanders estimated to number around a hundred lifted up a bus that had a cyclist trapped under one of its wheels. The incident happened in the Walthamstow region of the English capital and saw people running out from nearby shops, pubs and restaurants to help the stricken man.

The 55 year-old was riding a unicycle when he was hit, getting caught up under the front driver’s side wheel. The driver immediately stopped and turned off the engine, but the man was trapped underneath. To continue driving could have killed him. So all that could be done was for people to club together and attempt to tilt the enormous red double decker bus while others helped prize the injured guy out. 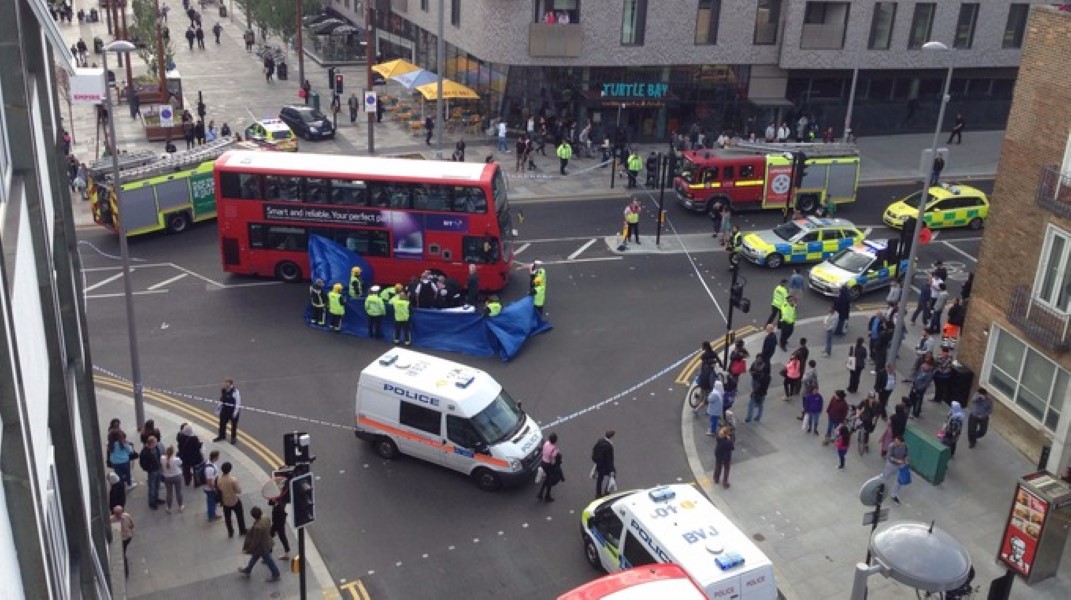 Someone managed to capture the incredible incident on their smartphone’s camera. Here is that footage:

The unnamed man’s leg was badly damaged but he’s in serious but stable condition in hospital. 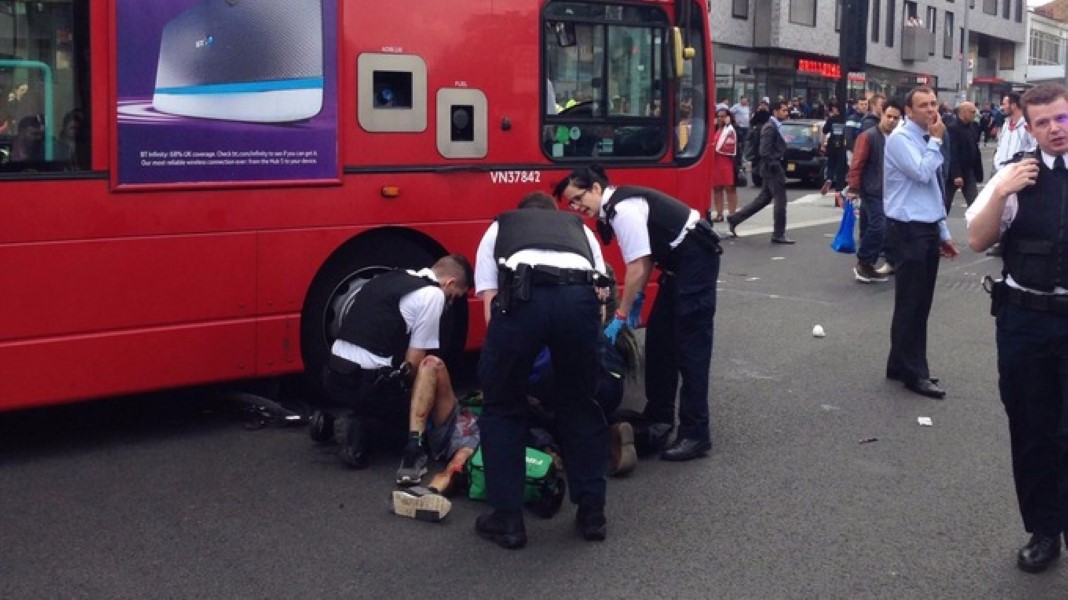 Had it not been for the quick thinking and determination of the crowd though, things could have been a whole lot worse for the unicyclist. Good work, London!