When photographer Piotr Naskrecki was trekking through the tropical rain forest of Guyana in South America, the last thing he expected to discover was a spider the size of a small dog! But that’s what he came across… and it’s a beast! Piotr initially thought the spider was some sort of possum until he took a closer look, only to be stunned to discover it wasn’t a cute little hairy critter, but a monster seemingly dragged up from the very lowest depths of hell! 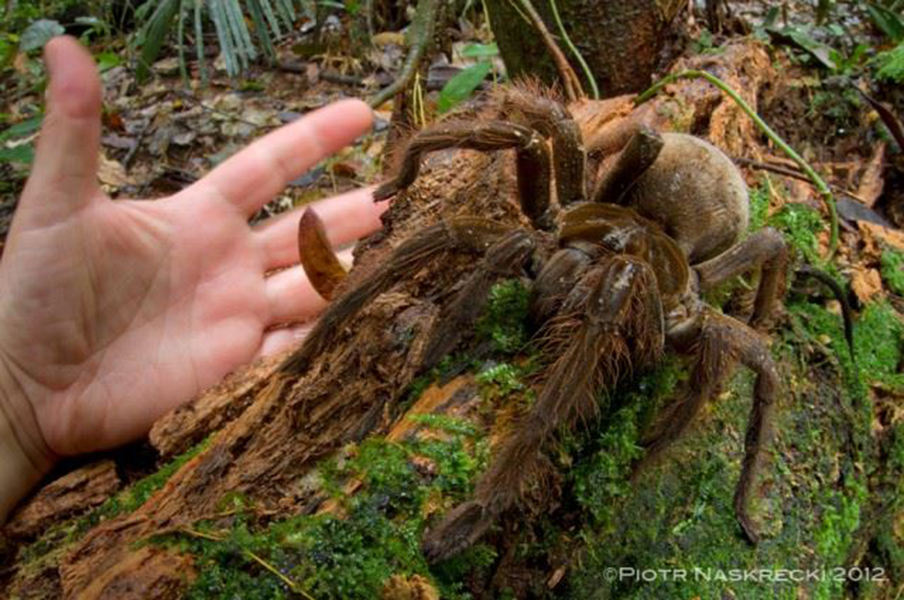 The spider was in fact a Goliath bird-eater, which is commonly found in the marshy forests of Guyana, as well as in the neighboring countries of Suriname, French Guiana, northern Brazil and southern Venezuela. 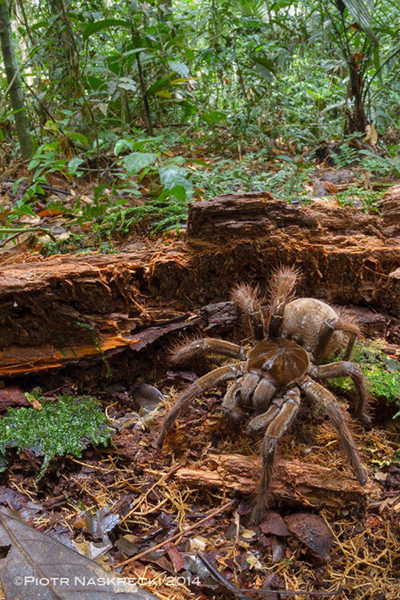 Despite its name, the Goliath bird-eater rarely feasts on birds. It is a burrowing species of spider that usually lives on a diet of earthworms. However, researchers have observed it eating frogs, toads, rodents, lizards and even snakes! SNAKES! 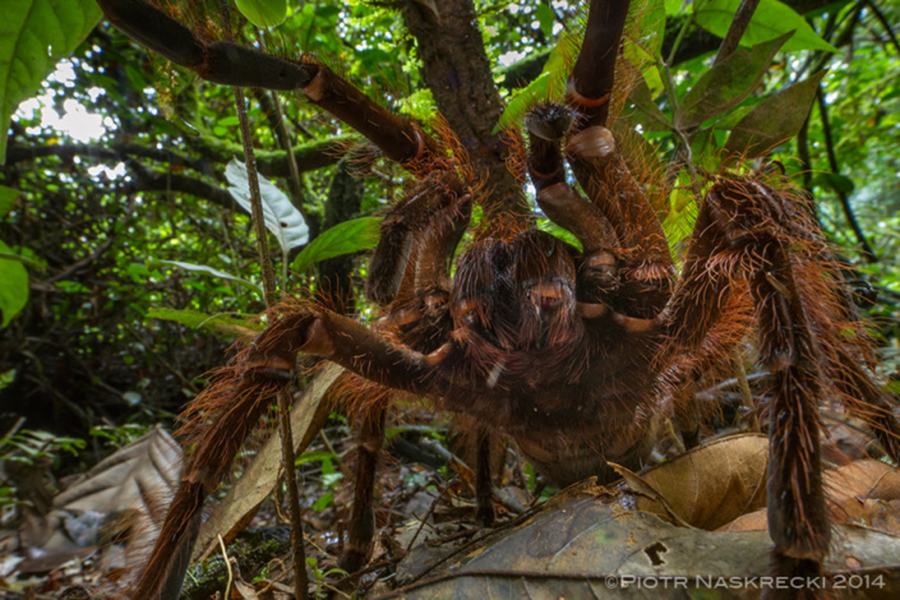 We don’t know about you, but we’re not sure we entirely trust that information. We suggest that if you ever find yourself trekking through the forests of Guyana and come across this monstrous creature, you stay well clear. We don’t want to hear it’s been renamed the Goliath MAN-eating spider! Yikes!