The Undisputed Champion Network caught up with boxing’s most ferocious and arguably most naturally talented ever fighter Mike Tyson recently in Vegas. Talk quickly turned to the biggest fight ever – this weekend’s match up between Manny Pacquiao and Flyod ‘Money’ Mayweather. While Tyson couldn’t pick between the two and isn’t sure of the winner, he was very certain in his opinion of Mayweather’s recent boast of being ‘The Greatest’.

“He’s very delusional. If he was anywhere near that realm of being as great as Ali, he’d be able to take his kids to school by himself. He’s a very small, scared man.”

Mayweather is not, to put it mildly, a very likeable guy. Tyson wasn’t the best-loved boxer of all time, so for these kinds of comments to come from him is really saying something! Check out what he said: 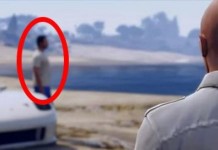 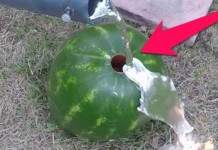 What Happens When You Pour Molten Aluminum Into a Watermelon? Something CRAZY! 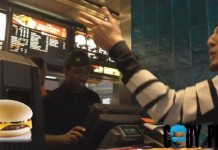 Rapper Shows Us How To Order At McDonald’s Like a Total Boss!