US scientists have discovered a way to make human beings see in the dark at distances of up to 165 feet! It’s a substance that is directly applied to the volunteer’s eye, a naturally occurring substance called Chlorin e6. Just imagine – night vision… Chlorin is found in some sea creatures and has previously been used in certain cancer treatments. But recently, boffins have found that it can significantly improve night blindness.

A team of independent ‘bio hackers’ decided to refined Chlorin and set up a test with a few rather brave human guinea pigs. Mixed with insulin and saline, the liquid is squirted all over the eye with a pipette and left so that it can be soaked in to the retina. 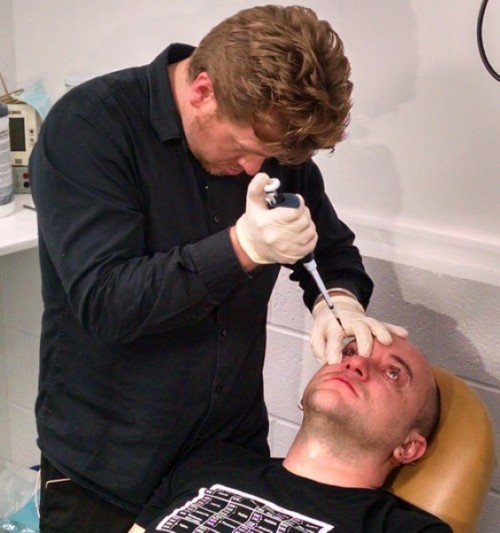 Volunteer Gabriel Licina was the first to try it. Here’s how it happened, in the words of one of the biohackers:

“For the application, the subject rested supine and his eyes were flushed with saline to remove any micro-debris or contaminants that might be present. Eyes were pinned open with a small speculum to remove the potential for blinking, which may force excess liquid out before it had a chance to absorb. Ce6 solution was added to the conjunctival sac via micropippette at 3 doses of 50μl into each eye.”

“After each application, pressure was applied to the canthus to stop liquid from moving from the eye to the nasal region. Each dose was allowed to absorb between reloading the pippette, with the black color disappearing after only a few seconds.”

“After application was complete, the speculum was removed and black sclera lenses were placed into each eye to reduce the potential light entering the eye. Black sunglasses were then worn during all but testing, to ensure increased low light conditions and reduce the potential for bright light exposure.”

Licina claimed to have felt ‘effects’ for hours afterwards, but soon became used to things. Him and the other test subjects were then put into a darkened room and were able to identify objects and colors up to 50 meters away. In pitch black darkness. Then, they all went into the woods and were able to identify people hiding in the trees, again, at up to 50 meters. How crazy is that?!

What do you think…? Could you see yourself with night vision eyes? Or has science gone just too far this time? 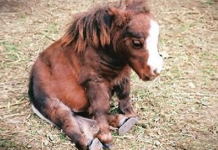 This Is The World’s Smallest Horse … And She’ll Melt Your Heart!