You’re about to meet a truly incredible, loving and selfless nurse who is dedicated to his job and should be taken as an example to us all. He’s brilliant at his job. Even though he does it for free. His name is Radamenes, he’s Polish and… He’s a cat! That’s right, little Radamenes lives in an animal shelter in Bydgoszcz, Poland and spends his days looking after and cuddling up with recovering animals. The staff there say he does a great job and really helps soothes the recuperating pooches and moggies at the hospital. 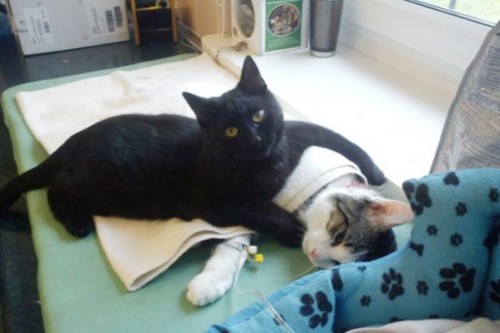 He’s been at the center since he was admitted as a homeless little pussycat for a life-threatening respiratory illness. Doctors saved him and he’s been working off his debt ever since! 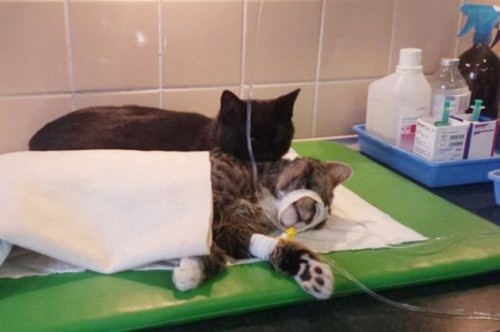 He has a real sense for which animals are in the greatest need of help and company. 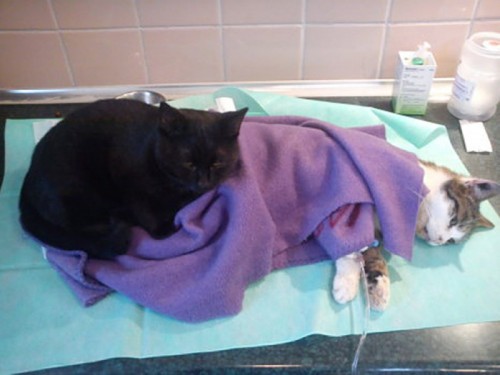 Radamenes knows what it’s like to be sick. Initially when he was brought in, it was to be put down. But there was something in his purr which made the doctors try – against the odds – to save him. 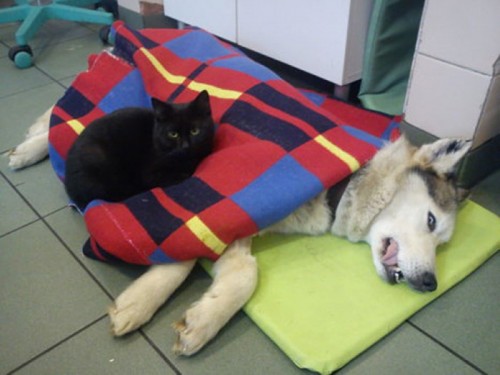 And they’re glad they did – as now he’s an invaluable member of the team! 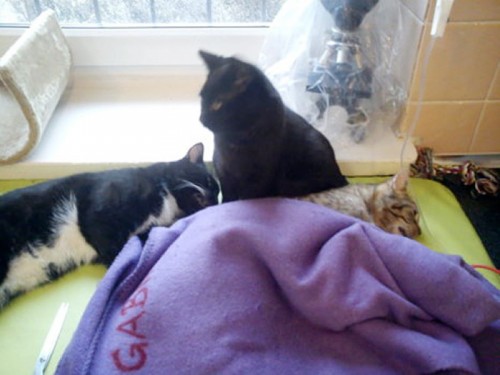 It doesn’t matter what species of animals is there, if they’re ill and need help or cleaning or just a buddy to sit with, Radamenes is there. 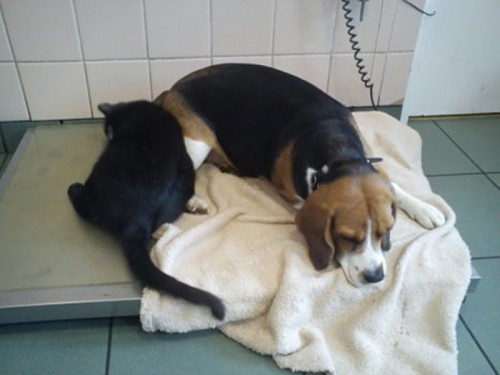 What a little hero!