When Ben Moser and Mary Lapkowicz were in fourth grade, Ben made a very special promise. The pair have always had a special bond ever since they met in second grade. Mary had Down Syndrome, but that didn’t bother Ben. “A lot of grade-school aged kids may have stayed away from my sister Mary or thought she was weird because she has Down Syndrome. But not Ben,” said Mary’s brother, Tom Lapokwicz. In the fourth grade, Ben made Mary a promise: That when they were older, he would take her to the prom. 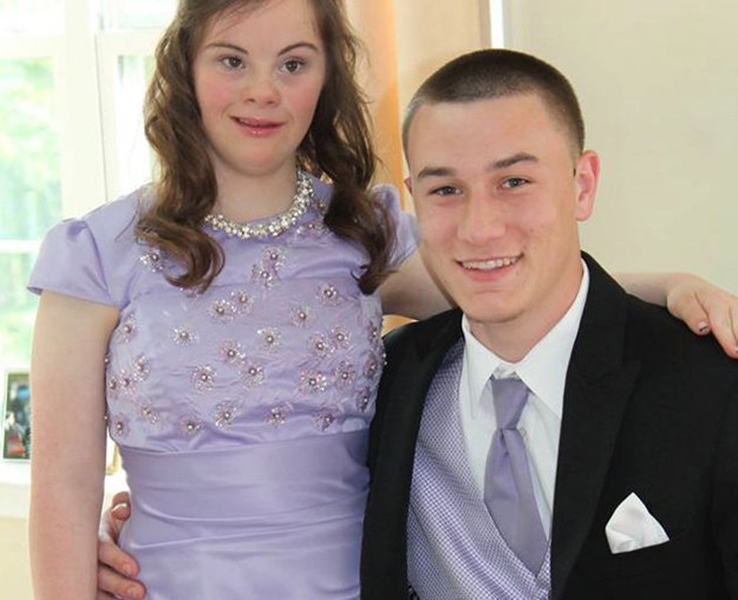 “Ben was always the energetic kid in the class who always looked out for Mary and wanted to make sure she was included in all activities,” said Ben’s mom, Lisa. And despite the fact that the pair eventually parted ways and attended different schools in Pennsylvania, they eventually reconnected at a high school football game. Ben told Mary’s mother that he hadn’t forgotten his promise to Mary, and so he set about coming up with a way to surprise her. 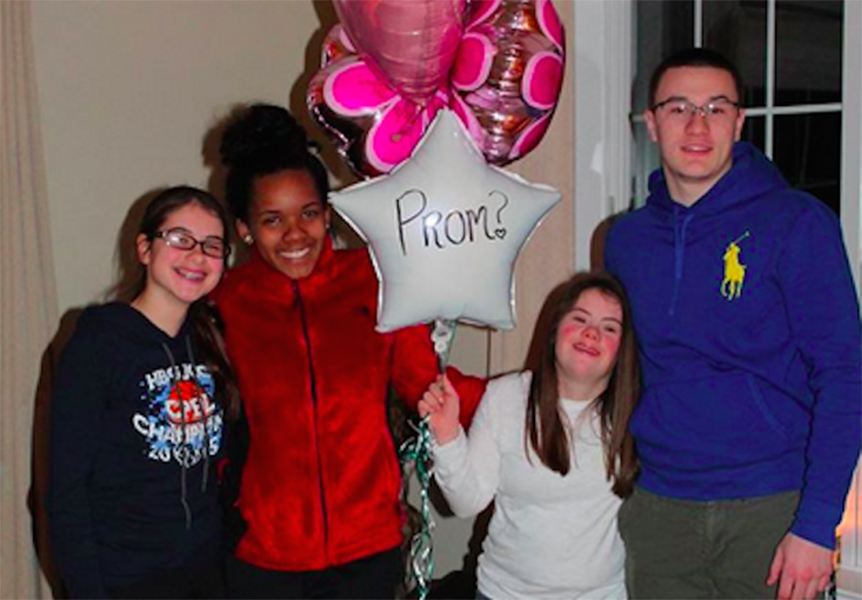 He came to her house armed with a bunch of balloons and asked her to the prom. Mary couldn’t believe it! She thought she was only going with friends. But the big guy had other ideas! 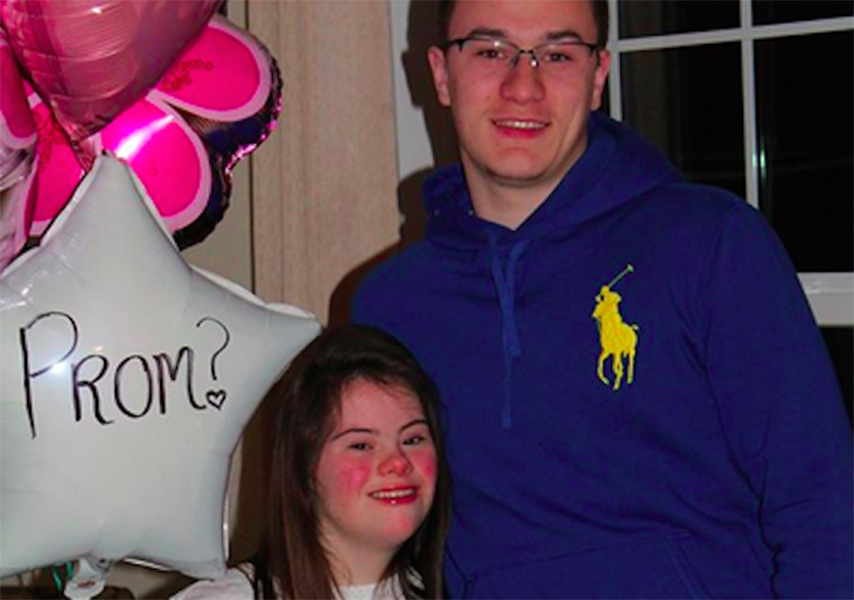 On the day of the prom, the two dressed up in their finest and set off to attend the prom at Mary’s school. Another surprise was in store for Mary when her old fourth grade teacher, Tracey Spogli, turned up to see them. “Ben would always keep and eye out for Mary, making sure she was smiling and happy,” she said. “I referred to Mary as ‘Little Mary Sunshine’ because she was the sunshine in our classroom. The entire experience of that fourth grade year was a very positive learning experince for the entire classroom and I am so proud to have been part of it!”

The two arrived at the prom together looking every inch the prom king and queen and everyone was so happy for Mary. Mary’s brother told Facebook that Ben’s beautiful gesture had put a big smile on his sister’s face and ‘restored his faith in humanity’. 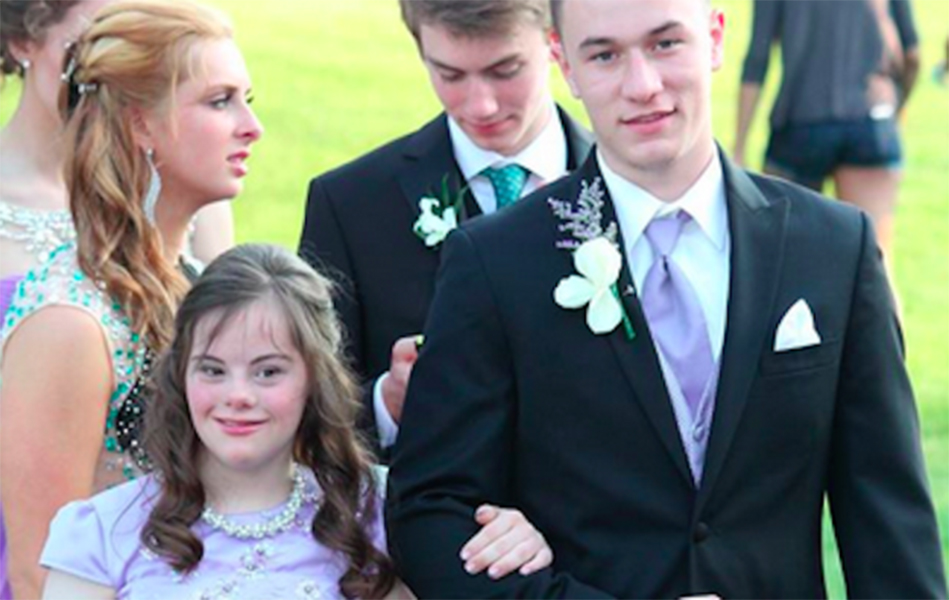 “My heart just overflows with love watching Ben and Mary tell the story of their friendship,” said Ben’s mom after the event. She said that she had always taught Ben and her other children to always put others first, to always love from their hearts and to always stand up for what they believe in. We think you’ll agree that in this case Ben proved he was more than up to the challenge of his mom’s wise teachings! 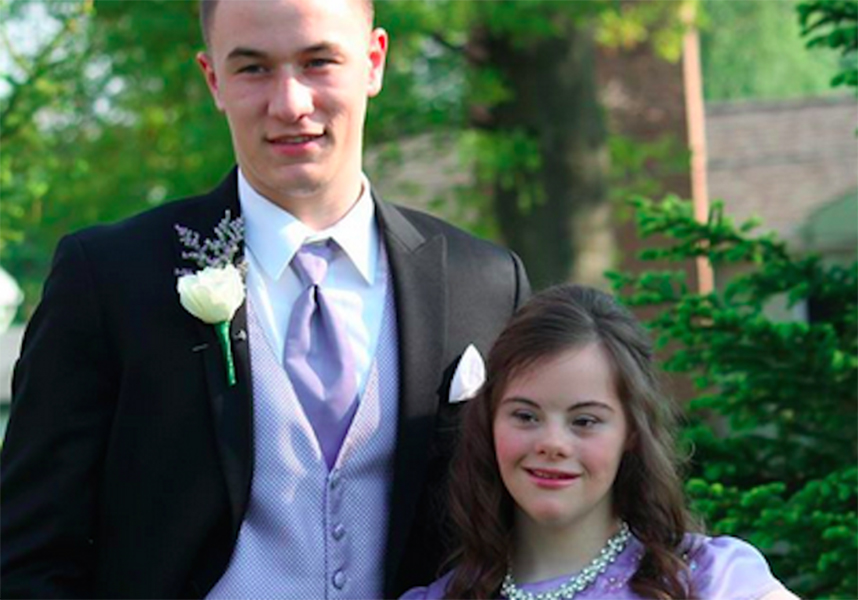 So what next for Mary and Ben? Well, Ben is trying to stay away from all the media attention his story is attracting. Instead, he is making efforts to see if Nick Jonas will contact Mary as he is her favorite musician. Looks like Ben is still putting others first. Way to go, Ben! 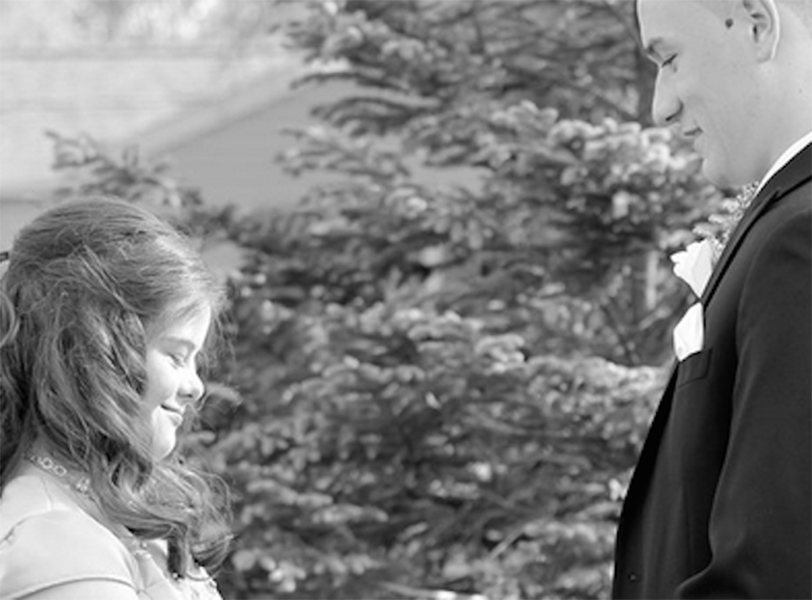 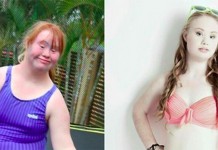