People sometimes get rid of their pets. Whether this is for altruistic reasons, or for something altogether more awful, it happens with alarming regularity. What’s even more depressing is that of the nearly 8 million pets that pass through animal shelters each year, very few of them are actually brought in by their owners. The vast majority are abandoned, often in horrible situations, and have to be rescued.

Recently, Bret Winingar and his son Zach decided to get on their motorcycles and head to Little Rock, Arkansas. While biking through the rural landscape, they came across something strange lying in the middle of a field. A little concerned, they decided to stop and take a look. They discovered what looked like a discarded animal carrier, which appeared to be in a terrible state. 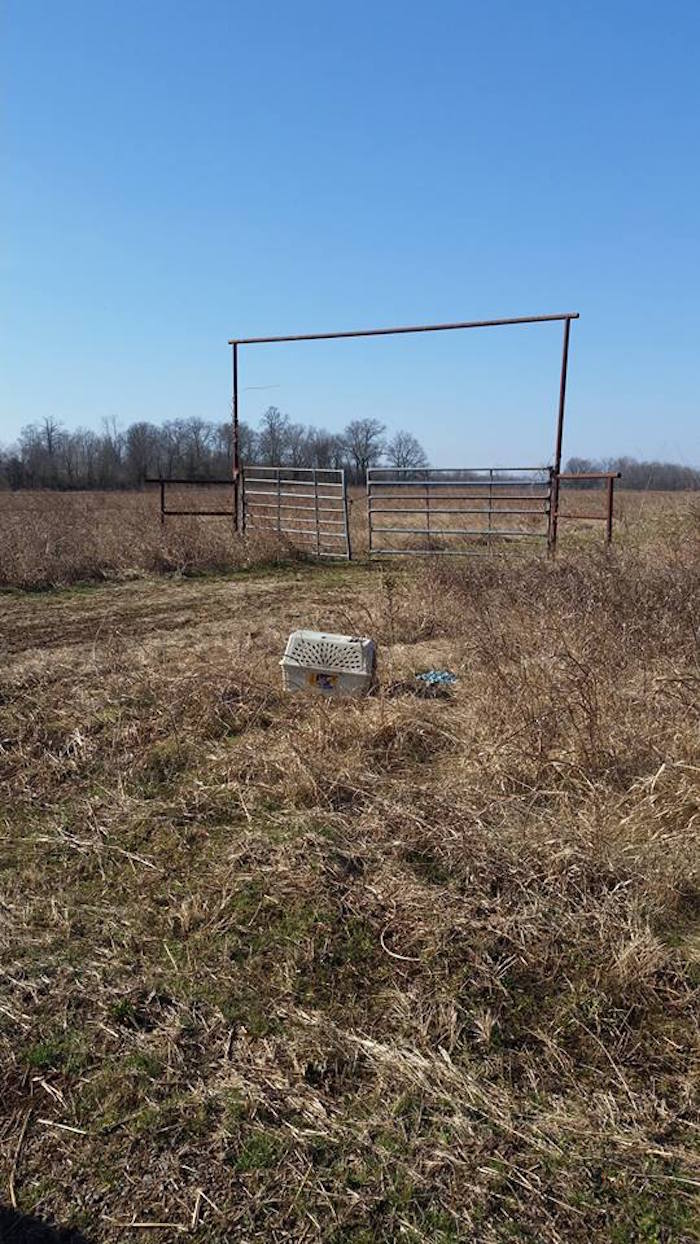 As they got closer, they realized that there was something inside. The top of the carrier had been chewed, as if something was desperate to escape. 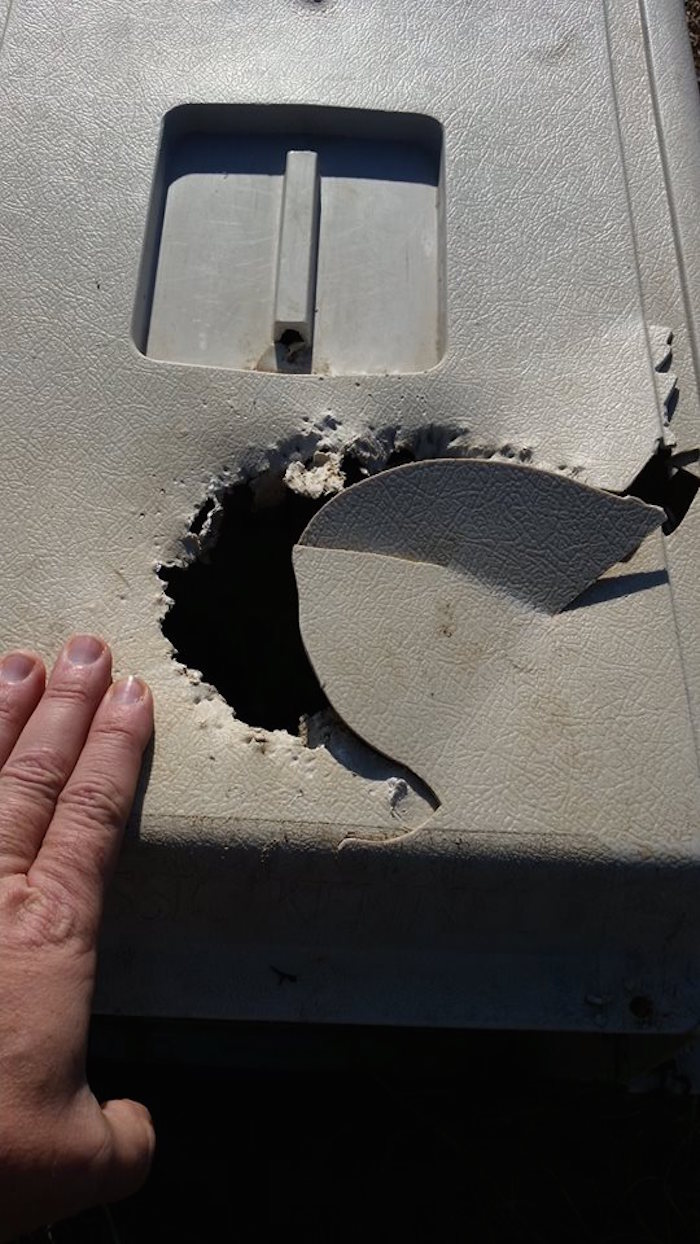 Bret and Zach hurriedly opened the carrier, and, to their surprise and disgust, they discovered an emaciated dog inside. Once they finally managed to coax her out, they discovered that the carrier was covered in waste. Also, the poor pooch was walking hunched due to being stuck in such small space for so long. 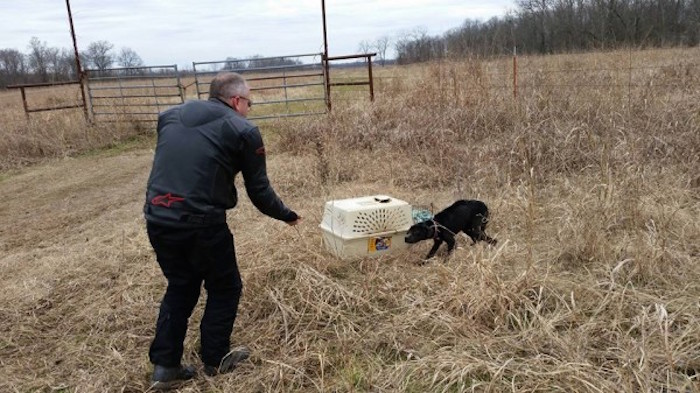 The pair fed the dog, but were unable to rescue her at that point as they only had their motorcycles with them. 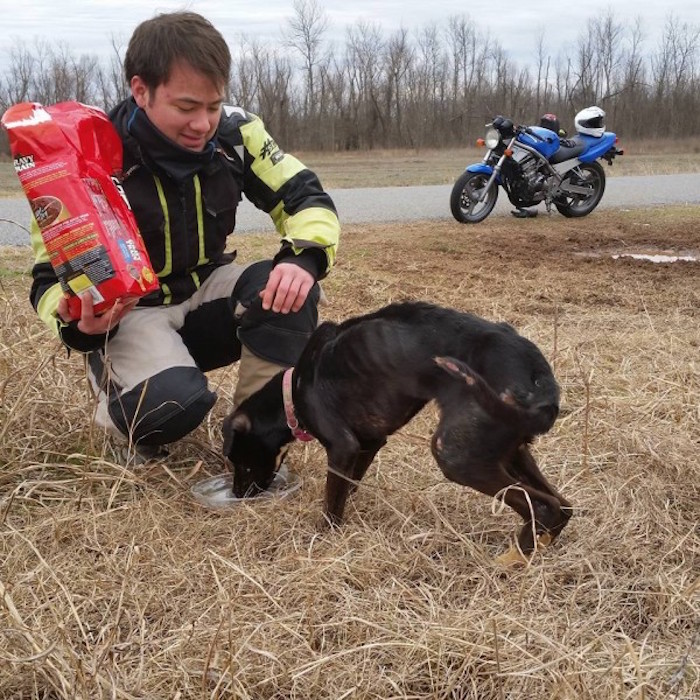 However, they quickly headed home to collect a truck, before returning to take the dog home. 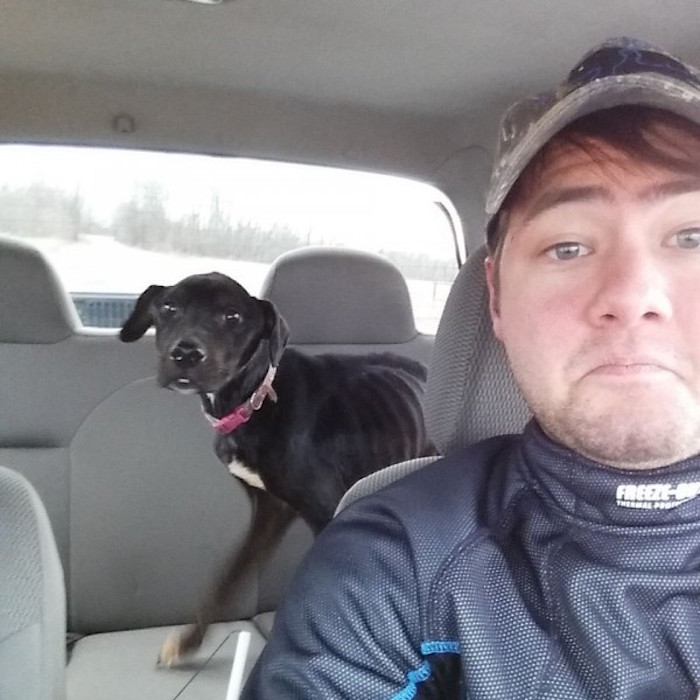 She quickly settled down, and showed her gratitude to Bret for being rescued from such a horrible situation. 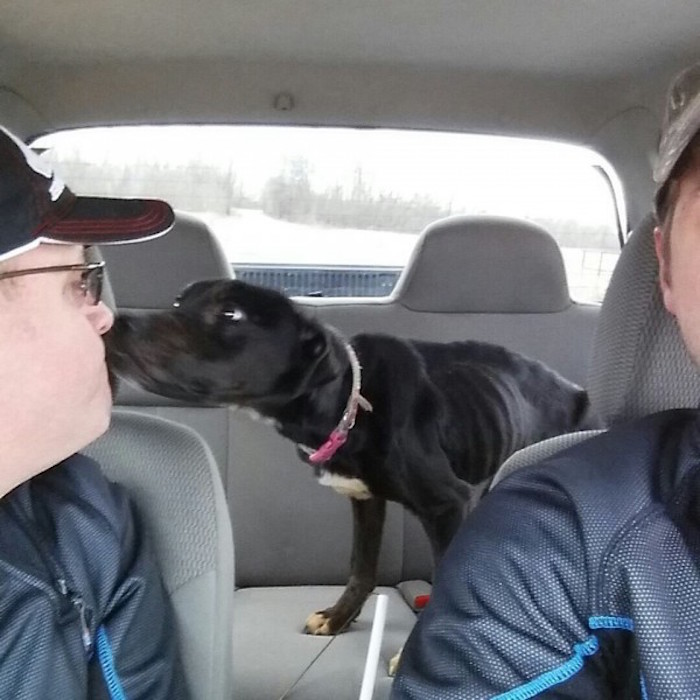 Once home, the Winingar family set about rehabilitating their new four-legged friend. First she was bathed. 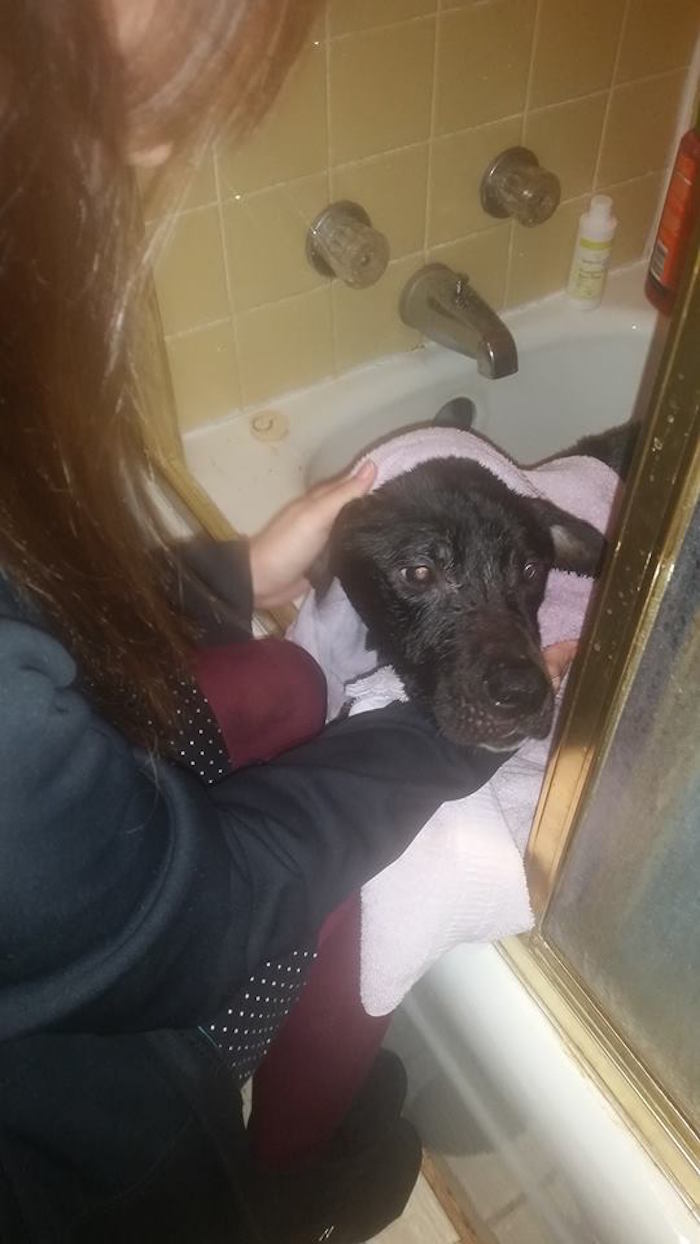 Then she was given a new name – Charlie Bravo (or CB for short). 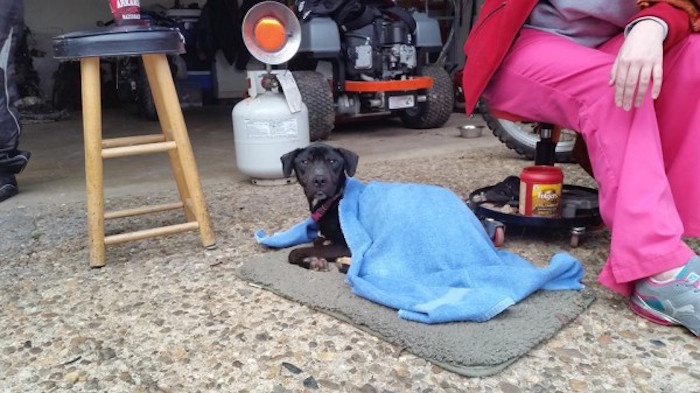 Next she visited the vet. CB had ingrowing toenails, which caused her extreme pain when walking. 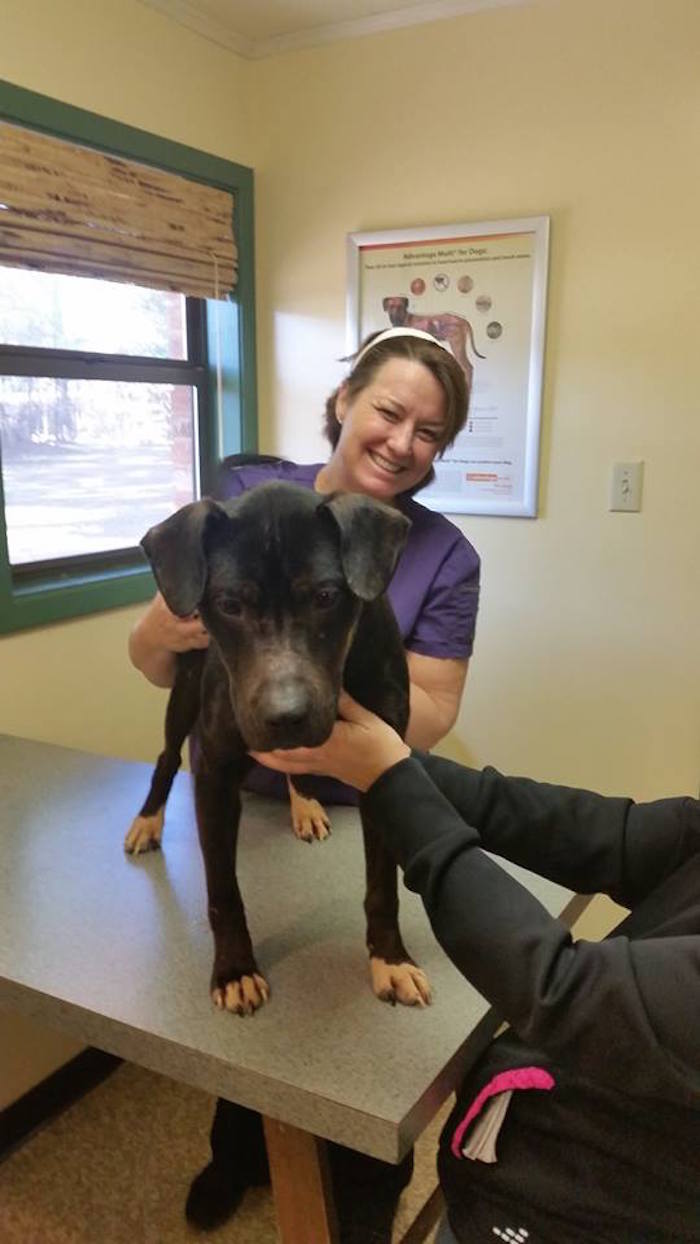 Whilst treating her, vets estimated that CB was around 8 months old. But, they could not tell how long she was trapped in the carrier for. 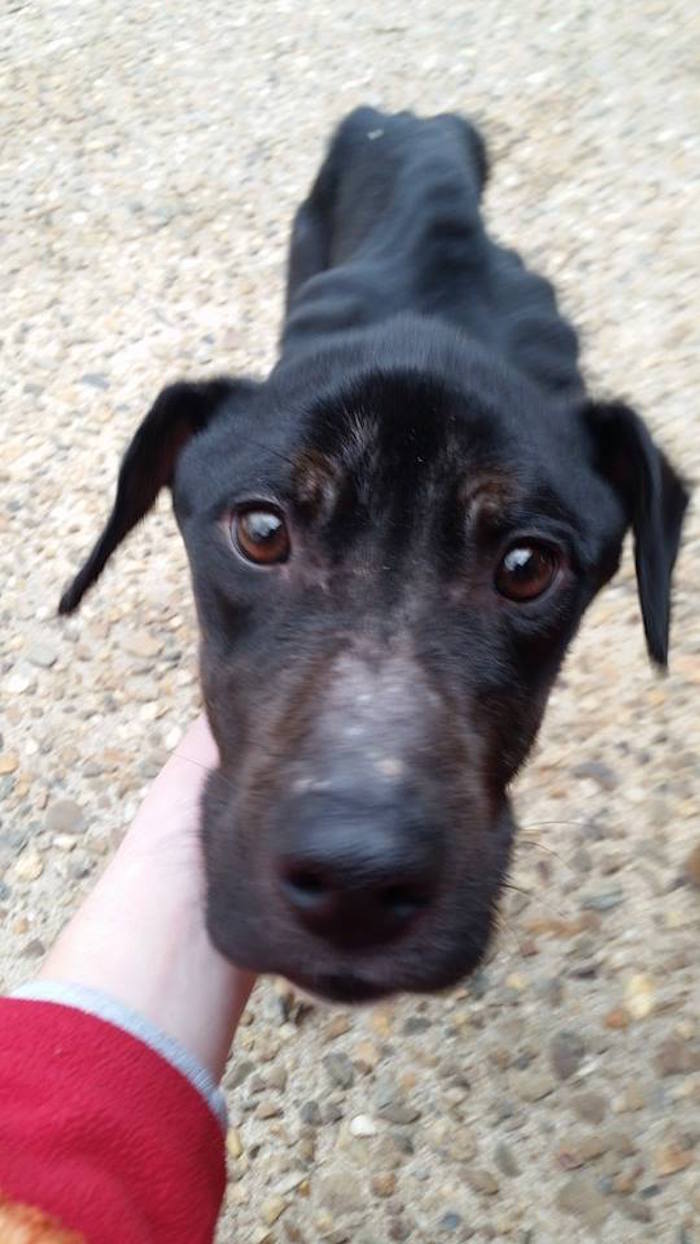 The Winingars were not initially planning on keeping the dog, but after nursing her backed to health, the family could not let her go.

After posting the story on Facebook, the tale of CB’s rescue and rehabilitation went viral. The Winingars subsequently received donations to help pay for CB’s veterinary bills. 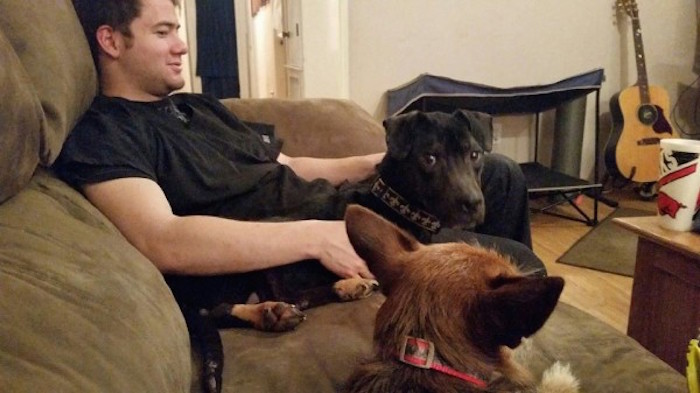 CB is the fourth rescue dog that the Winingars have given a home to. They are now considering setting up an animal shelter, called Charlie’s Angels. 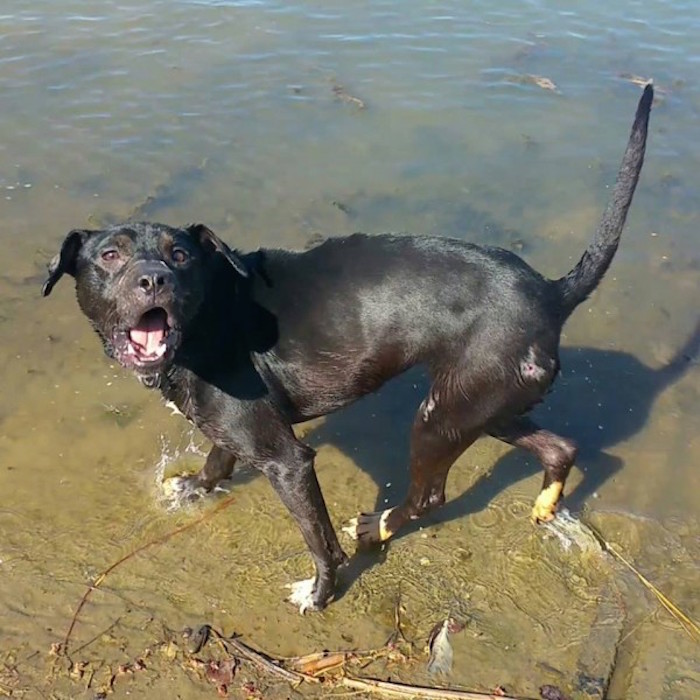 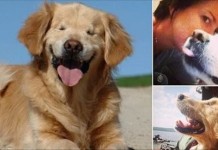 This Is Smiley – The Beautiful Golden Retriever Born Without EYES!