It’s often said that if you want to help the homeless, you’re best off donating money to charities, rather than handing over cash to the people on the streets themselves. But, as New York City hair stylist Mark Bustos proves here, there’s another way you can help them. Provide a free service. Like he does. You see, every Sunday, he heads out with his tools and cuts hair for free… 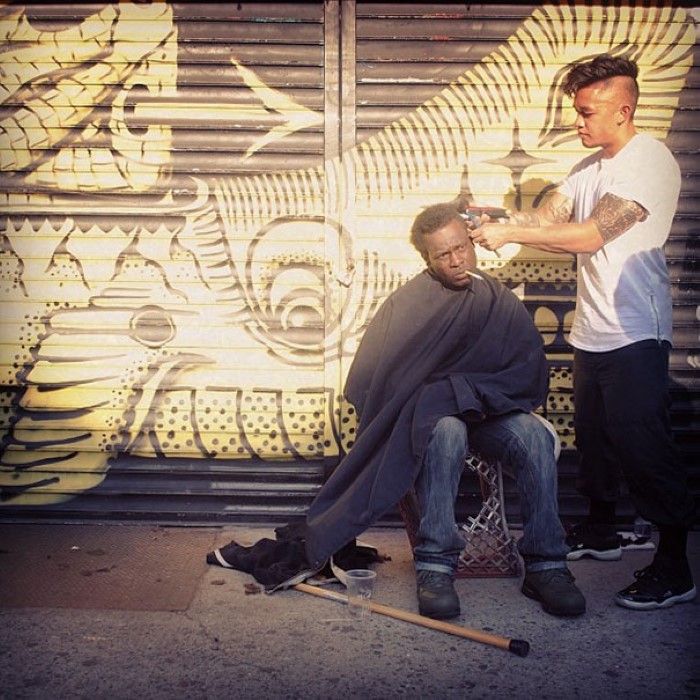 Sunday is the only day Mark gets off work, but he’s determined to get out each and every week and do what he can. 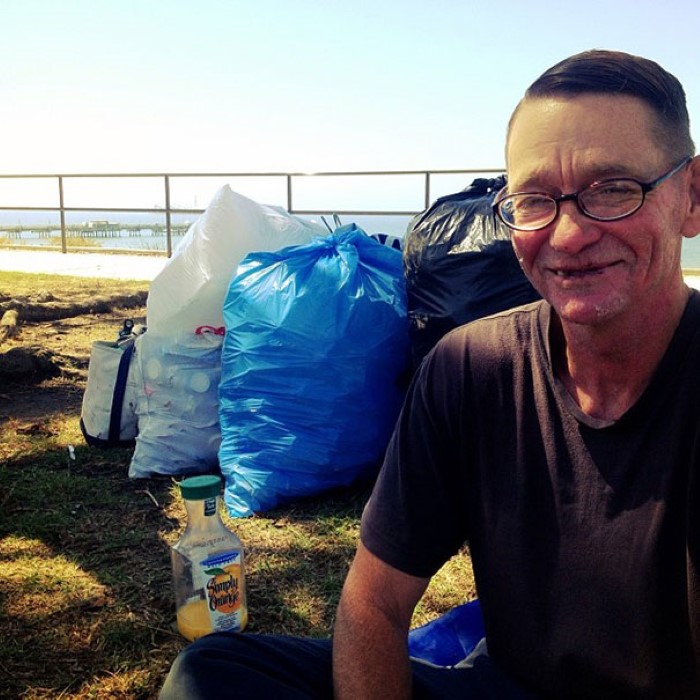 Mark works in The Big Apple for a place called Three Squares Studio and they’re thrilled with his charitable work. He must be great for business (plus, as you can tell, he’s got serious skills too!). 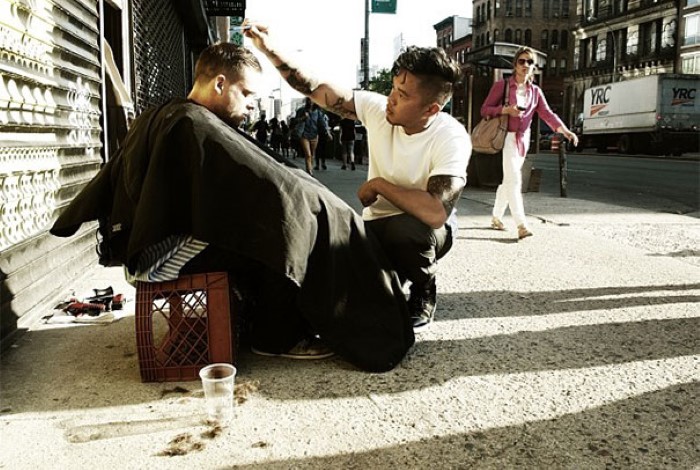 He got the idea when visiting family in the Philippines a couple of years back. On seeing the amount of local poor kids that couldn’t afford a trip to the hairdressers, he rented a barber’s chair out and saw to it that the children all got a trim. 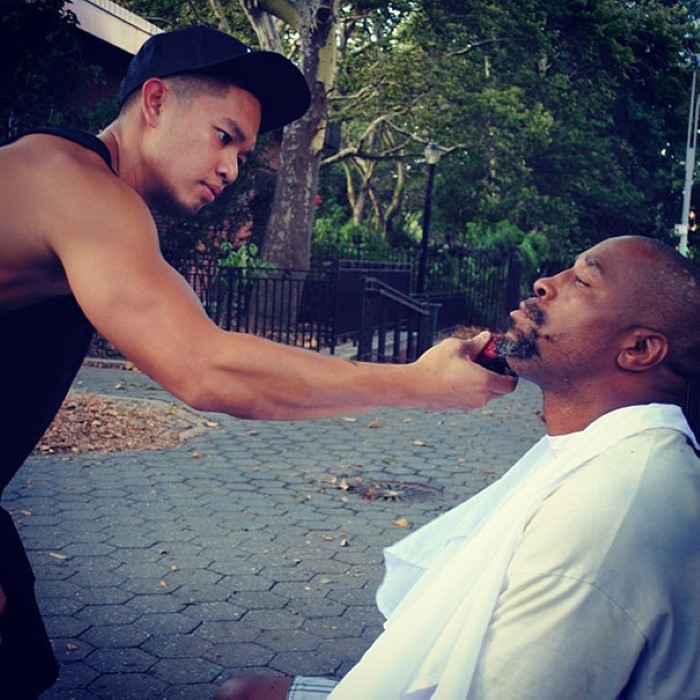 Why is Mark so happy to work for free? Because ‘every life is worth the same’. That’s his motto. 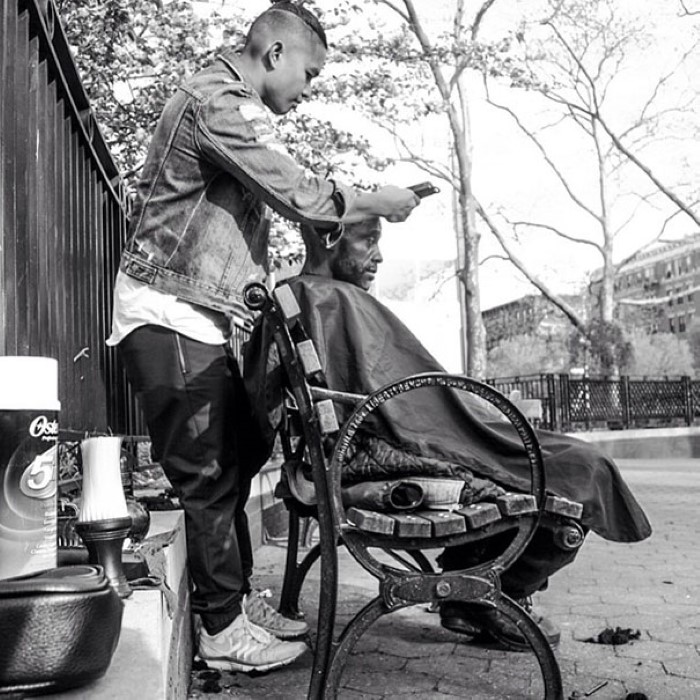 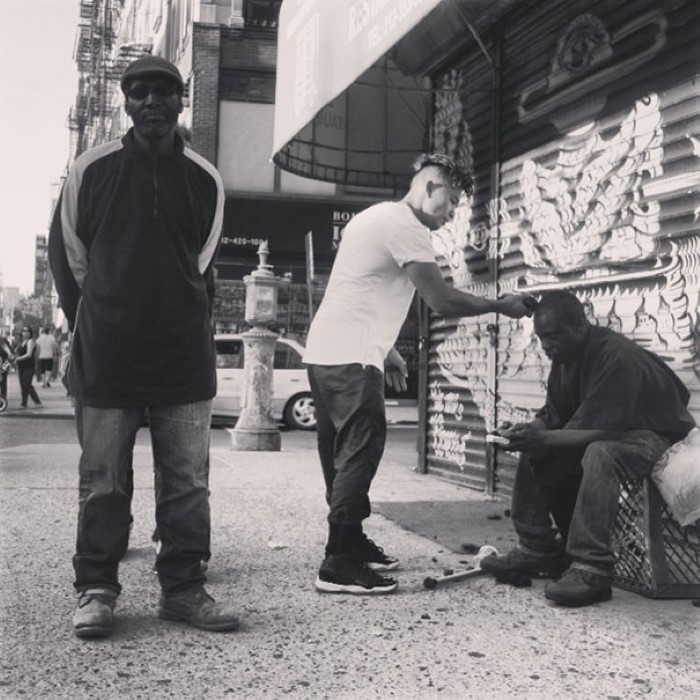 Bustos’ girlfriend often accompanies him, asking the guys if she can get them lunch for when they’re finished… 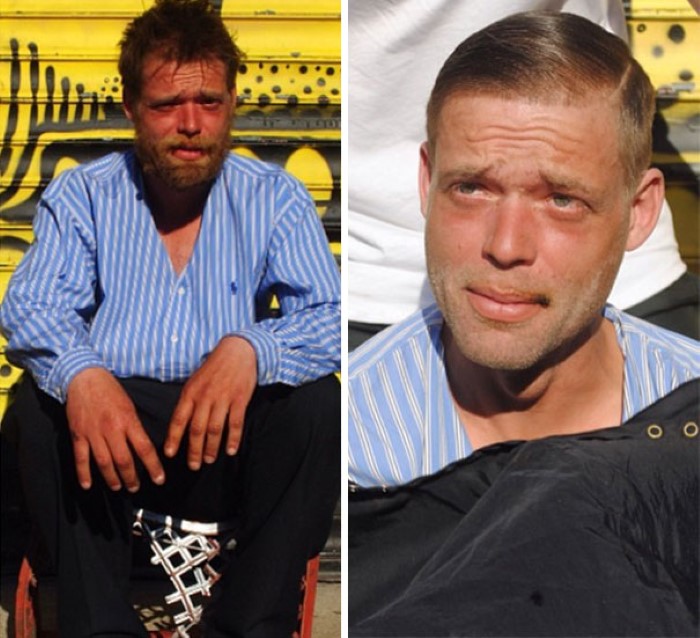 “Nobody’s ever asked me what I want before, I normally just get given leftovers and scraps”, one guy told Mark’s girlfriend when she asked. 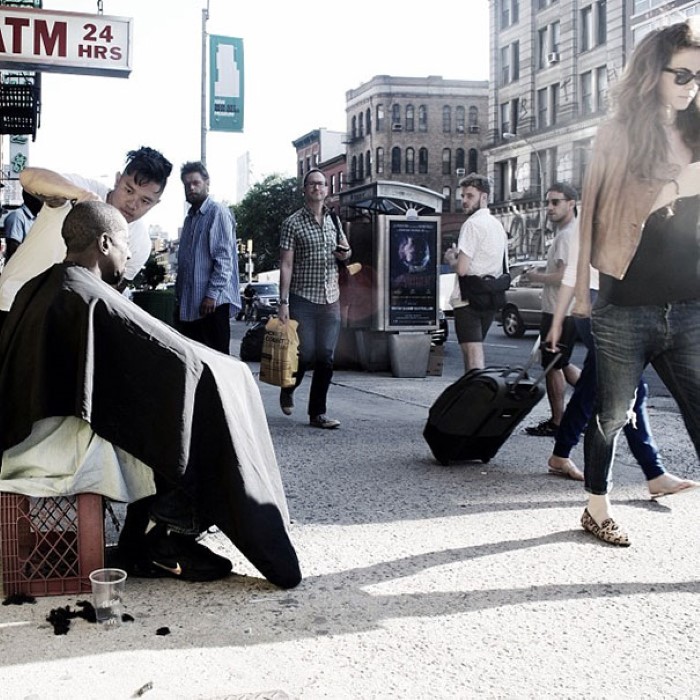 Mark cuts their hair out in the open. Not so people can see him and commend him, but so that they can see a nice deed being done, hoping they’ll be inclined to follow suit and do something nice themselves. 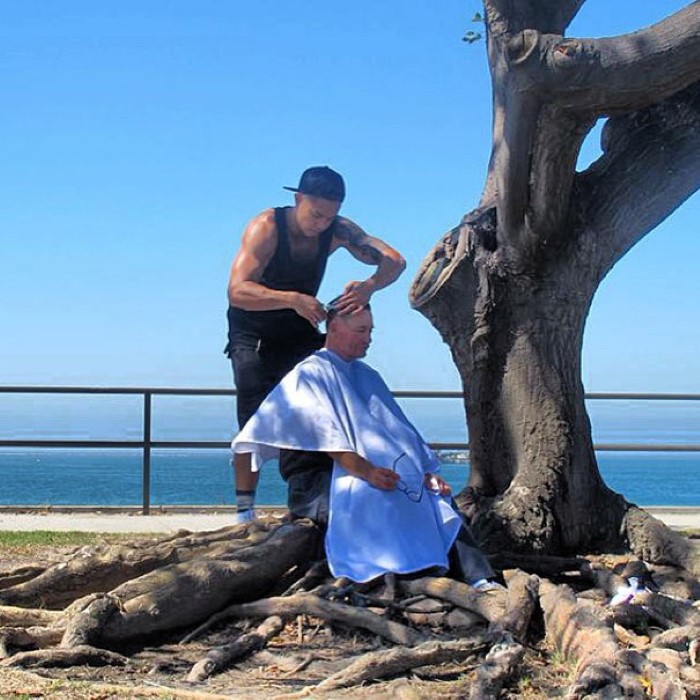 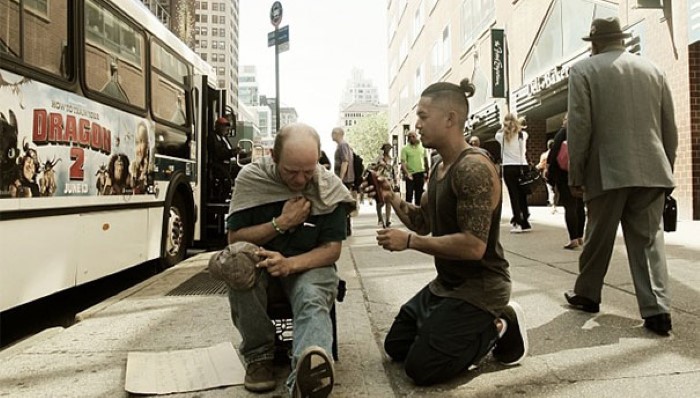 Is there something you could be doing to help people in need…? 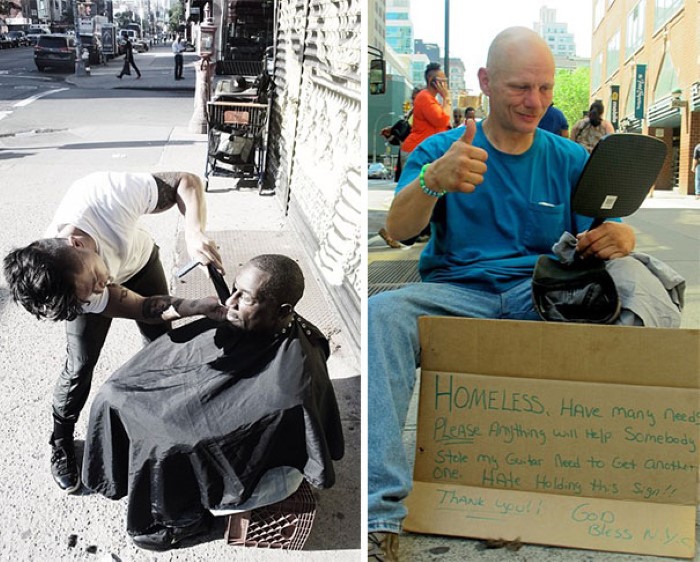