When the father of 14 year-old Ohio special needs student Cheyenne heard his daughter complain of being bullied at school, he assumed she meant by her fellow classmates. Cheyenne’s learning difficulties were always likely to make her a bit of a target for the less kind kids at the school, Brian knew that. But the truth would prove to be a lot more disturbing than that…

In fact, it was the very people employed to look after and develop Cheyenne that had turned against her and made her life a living Hell. Her teachers. Brian was incensed and determined to catch them in the act so that they could be punished. So he hooked up his daughter with a recording device. Just days later they had shocking comments like these on tape:

“Cheyanne, are you kidding me? Are you that dumb? You are that damn dumb?’’

“It’s no wonder you don’t have friends. No wonder nobody likes you.’’

Brave Cheyenne and her dad Brian appeared on the TV news show TODAY to explain exactly what had happened at Miami Trace Middle School in Washington Courthouse, Ohio. Check out this shocking tale: 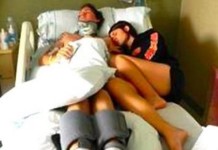 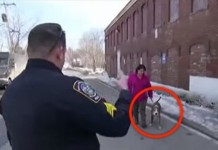 She Was Confronted By A Cop While Walking Her Pit Bull… Next? WOW! 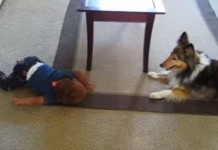 No One Believed That Their Dog And Baby Could Do This… So They Grabbed A Camera! BRILLIANT!