An ambitious project has begun which hopes to remove 7,250,000 tons of plastic from the world’s seas and oceans. Boyan Slat, founder and CEO of The Ocean Cleanup, has revealed that from 2016 an anchored network of floating booms and processing platforms will be set up in areas where there is excessive garbage. The structure will act as a sieve that filters out the trash whilst protecting the sea life as the water passes through it. This is due to the trash’s density compared to larger sea animals – the use of booms instead of nets will allow creatures to swim under the booms unaffected. 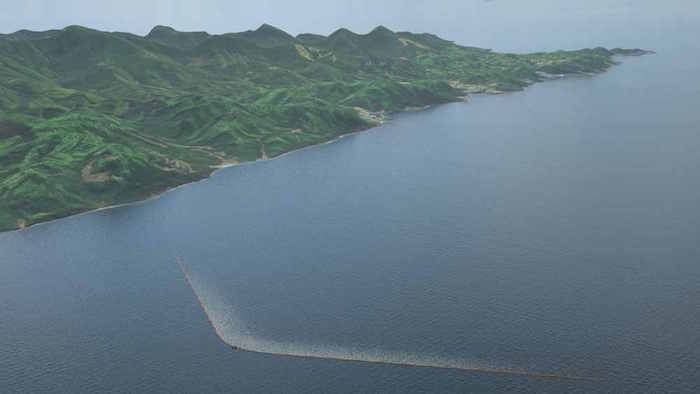 “The array is projected to be deployed in Q2 2016. The feasibility of deployment, off the coast of Tsushima, an island located in the waters between Japan and South-Korea is currently being researched. The system will span 2000 meters, thereby becoming the longest floating structure ever deployed in the ocean (beating the current record of 1000 m held by the Tokyo Mega-Float). It will be operational for at least two years, catching plastic pollution before it reaches the shores of the proposed deployment location of Tsushima island. Tsushima island is evaluating whether the plastic can be used as an alternative energy source.” 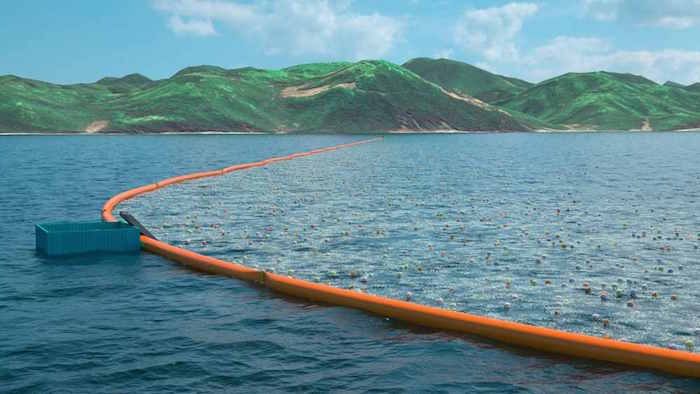 “Taking care of the world’s ocean garbage problem is one of the largest environmental challenges mankind faces today. Not only will this first cleanup array contribute to cleaner waters and coasts but it simultaneously is an essential step towards our goal of cleaning up the Great Pacific Garbage Patch. This deployment will enable us to study the system’s efficiency and durability over time,”