Dubai has something of a reputation for incredible feats of construction. Whether it’s building entire islands from scratch or erecting the tallest sky scraper in the world, the UAE doesn’t pull any punches. Well now they have come up with their most audacious plan of all – a tennis court under the sea! The design shows 7 courts encased in glass at the bottom of the Persian Gulf, in between the Burj al Arab (the world’s only seven-star hotel) and the Palm Jumeirah islands. 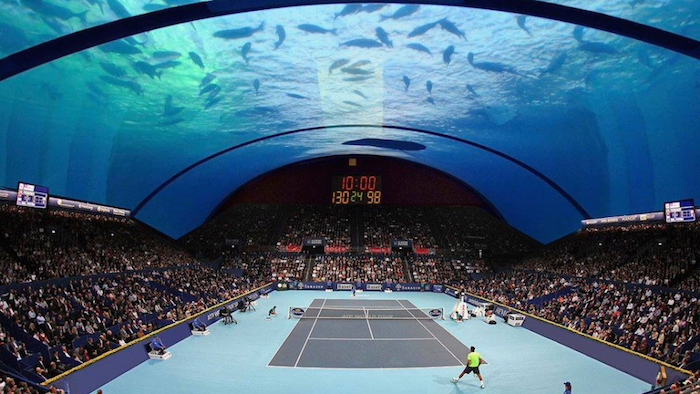 This isn’t purely a gimmick, however. The United Arab Emirates are a tennis mad nation. As Krysztof Kotala, the architect behind the plan stated “this will be something original. This should be somewhere where there is the tradition of tennis. Dubai is perfect for this idea.”

Giants of the game, Novak Djokovic and Roger Federer, have already fought it out on the helipad of the Burj al Arab. Now they’ll be able to do battle whilst fish swim overhead! 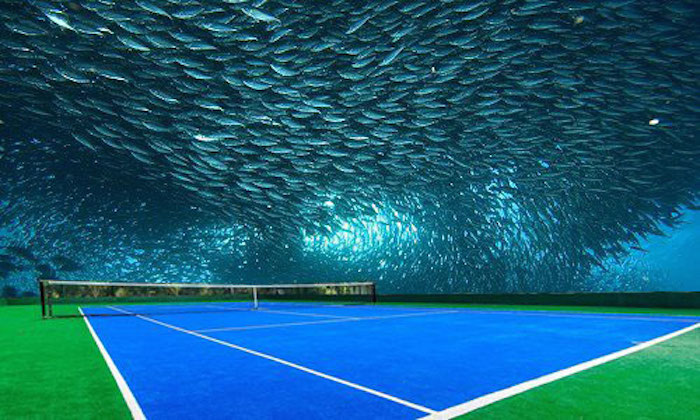