The pair became best friends after Emmett saw his next door neighbor growing tomatoes and asked him what he was doing. After that moment, Emmett and Erling spent many hours together drawing and riding lawnmowers, amongst other things.

However, the friends were separated after the Rychner family moved out of Farmington, Minnesota, where the two lived, and Erling went to a retirement home with his wife, Joyce. 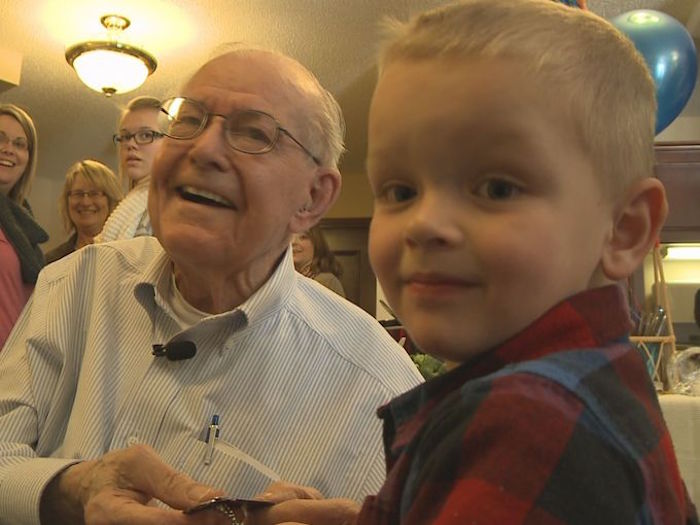 Emmett’s parents, Anika and Bryan, have taken him to Erling’s retirement home regularly since the pair were separated, but Sunday’s visit was extra special. Erling was celebrating his 90th birthday party! At the bash, Emmett presented Erling with an extraordinary gift, two packages each containing a pair of dog tags, one for each of the friends to wear. Engraved on the dog tags was “Emmett & Erling” and “Friends Forever.”

“You come back again,” Erling told Emmett as the Rychner family were preparing to leave..

“I will eventually,” Emmett replied, giving his friend one more hug, and parting with “Happy birthday, Erling.”