The Faroe Islands, northern Europe. A disgusting and shocking tradition still continues to this day which will no doubt appall you. The systematic and pointless slaughter of whales.

This barbaric act sounds chilling and disgusting, but if the very thought of it upsets you, then you won’t believe just how devastating the photographs are. They show the true nastiness of it.

It’s a summer tradition in the small island nation and while many people aren’t happy about it, lots of others in the Faroe Islands think it’s perfectly normal and acceptable. 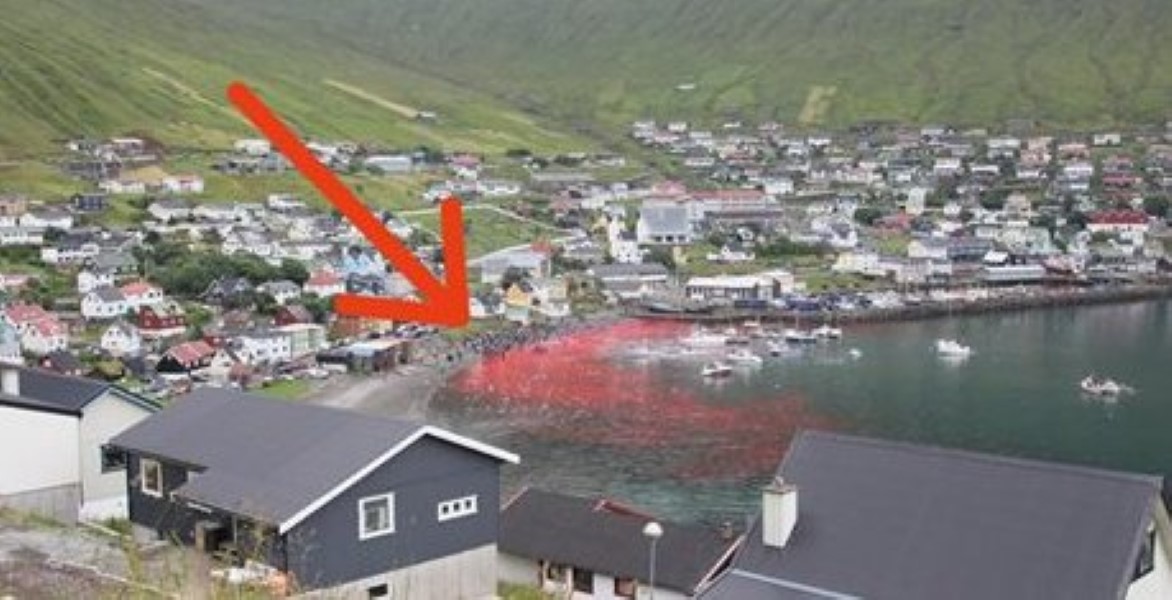 The sea turns red as whalers head out to kill the pilot whales for no good reason. The tradition dates back to the 16th Century. 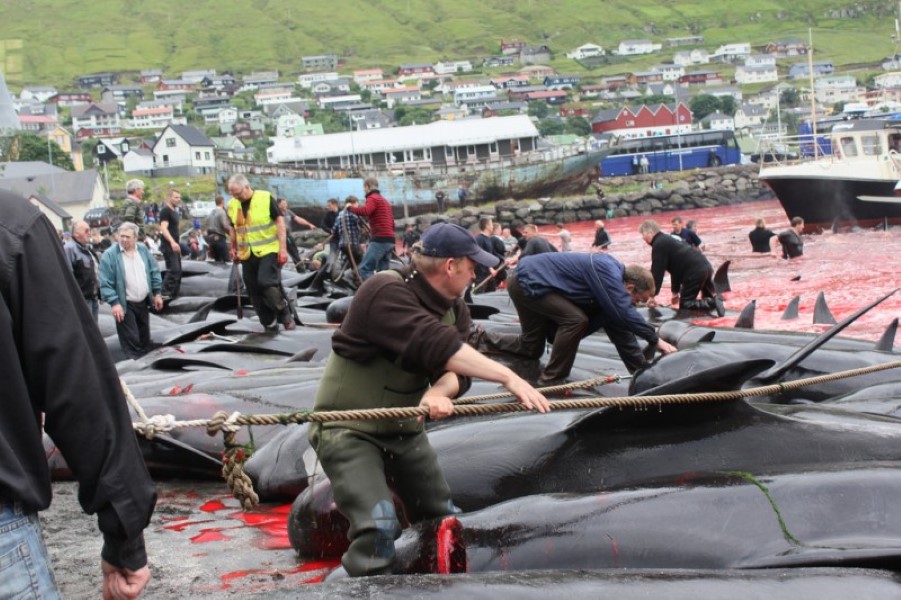 In the old days, the massacring would at least be partly justified. Locals would feast on the meat. But now? They don’t. These poor animals die for no good reason. 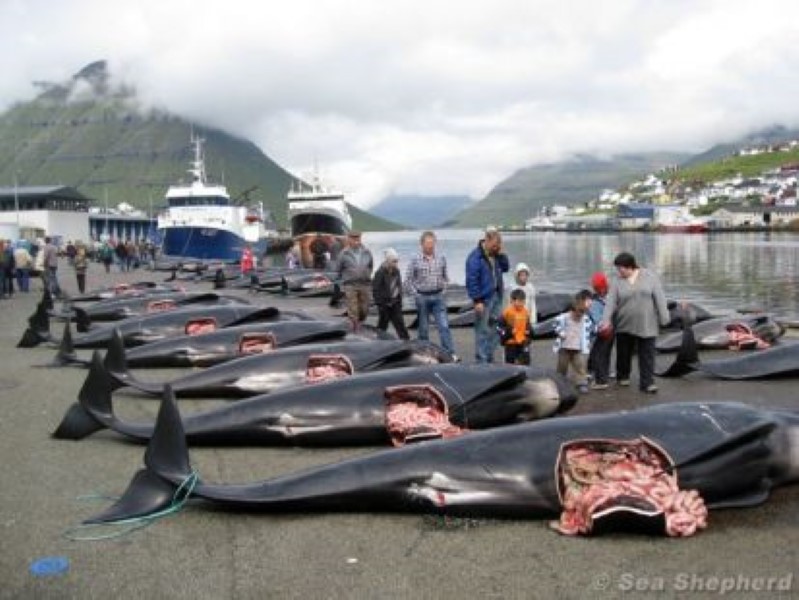 Up to 40 whales are killed every day that the ‘hunt’ goes on, with increasingly advanced technology being employed to ensure that no whale gets away unscathed. 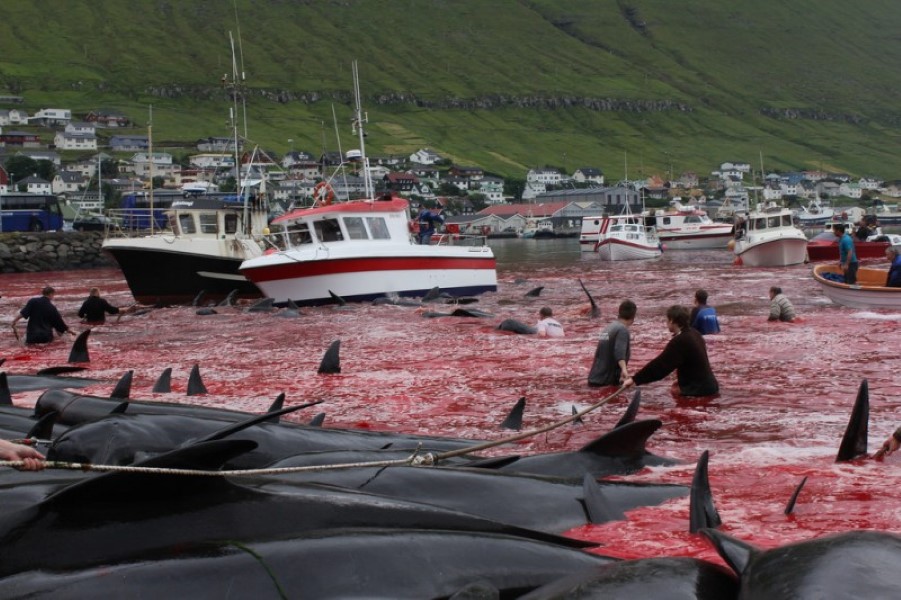 They even rope in children to normalize the process and virtually guarantee that the tradition continues for future generations. Sickening. 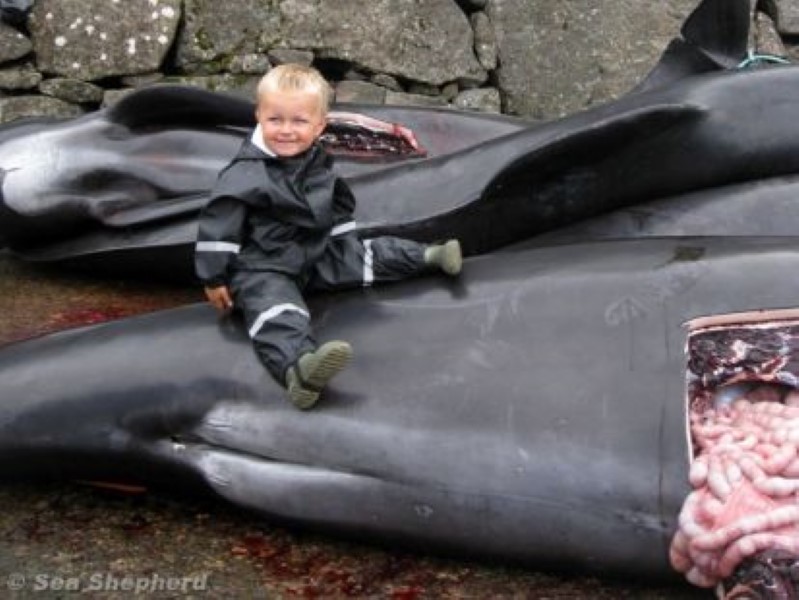 Expectant mothers are sliced in half, their unborn calves left to rot. Vile. 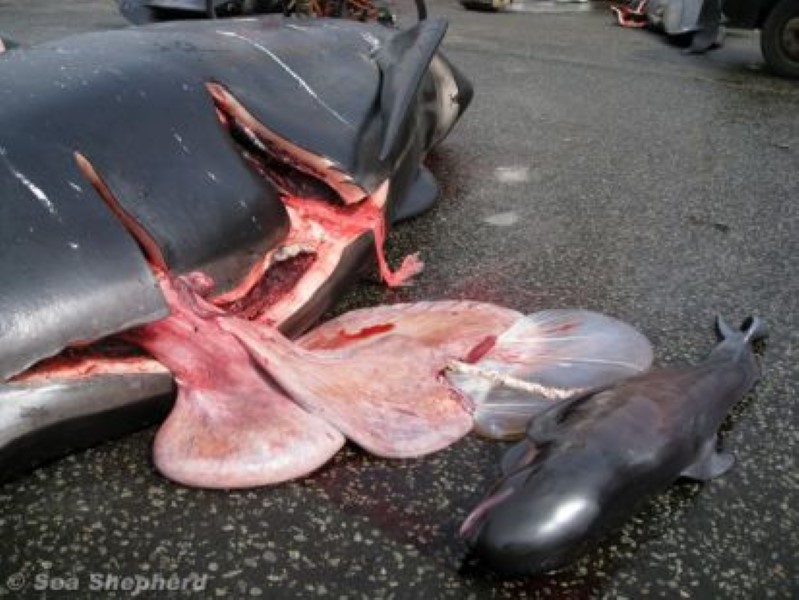 Disgusting, right? Well, don’t fear. PETA are on the case and campaigning to stop it. Contact them for me information on joining the fight. And why not share this post to help raise awareness?