When Russian dog owner Gore Zhdanov died just over a year ago, he left his money, possessions and dog to his family. But it wasn’t long before the family began to squabble and bicker about what was whose and fell out with each other. No one took responsibility for his beloved bobtail dog, though. The poor dog was locked in the man’s house – with a supply of food and water – for the best part of a year, with no other care or attention given to him. When animal carers were finally called, there were shocked at what they found… 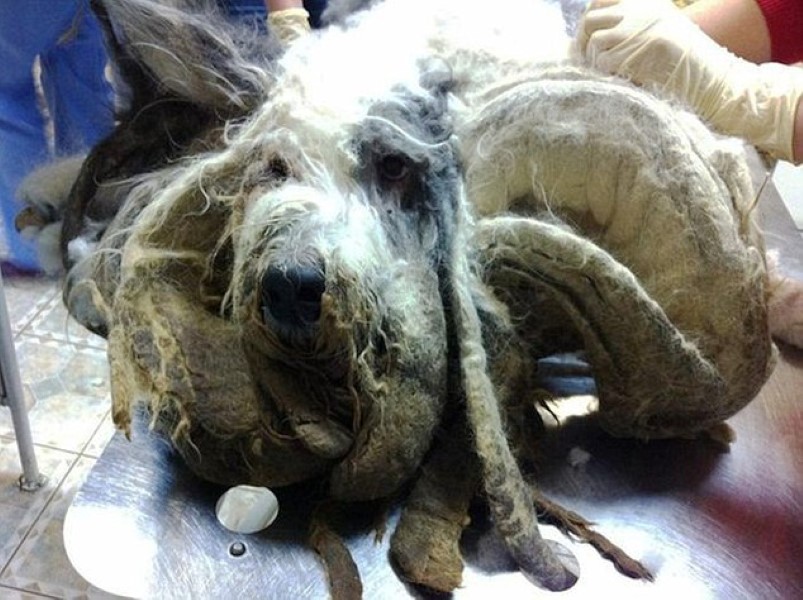 The poor mutt was in a truly terrible state. He could barely move due to the weight of the matted lumps of hair that now covered his body. Faeces and urine had soaked into his dreadlocked coat and had become encrusted. Vets didn’t know where to start. It was as upsetting a sight as any of them could remember. 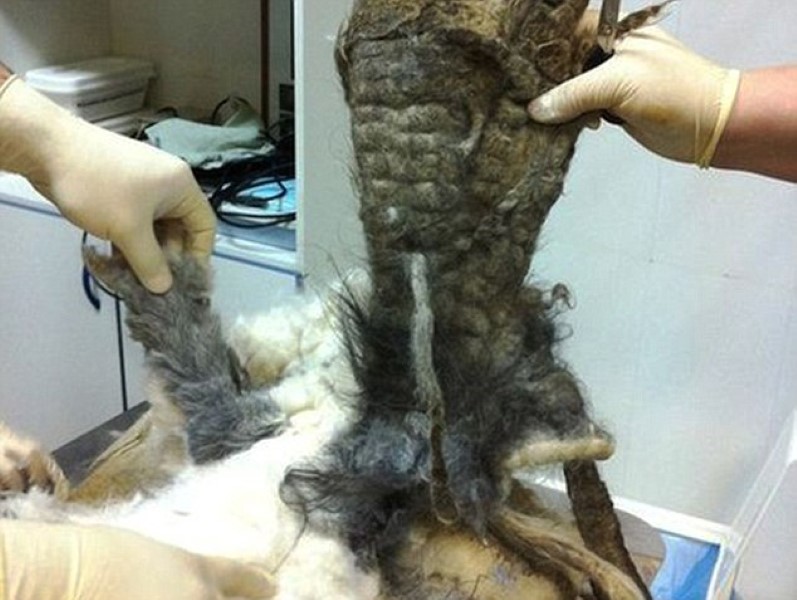 It took the team of carers, of which there were six, more than three hours to tackle the fur and shave it off. As it had become so entangled, many clumps were so close to the skin, they had to be particularly careful not to nick him with the razor and hurt the already down-own-his-luck pooch. 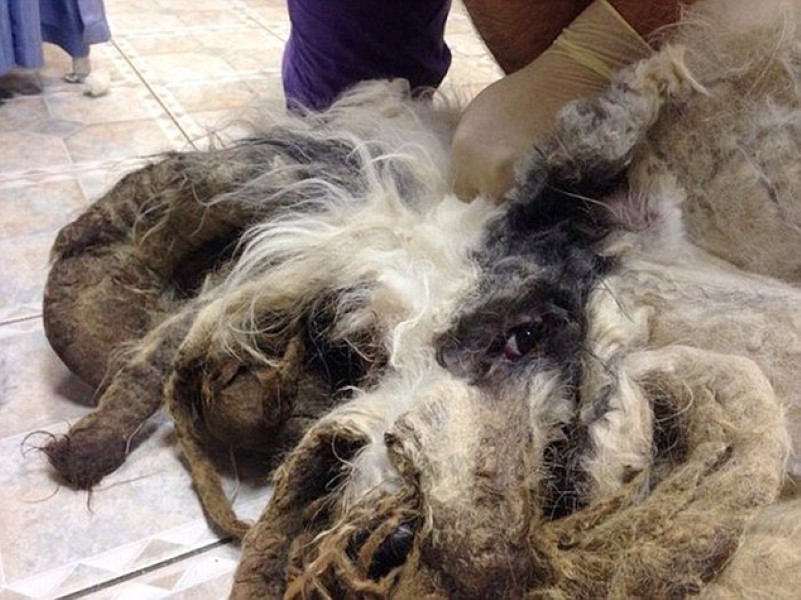 The dig hails from the Russian city of Novosibirsk and these pictures serve as proof of the shame that the family who refused to take responsibility for the dog now face. Petty arguments over money and items led to the severe mistreatment and dreadful cruelty that we can see here. It’s a disgrace, isn’t it? 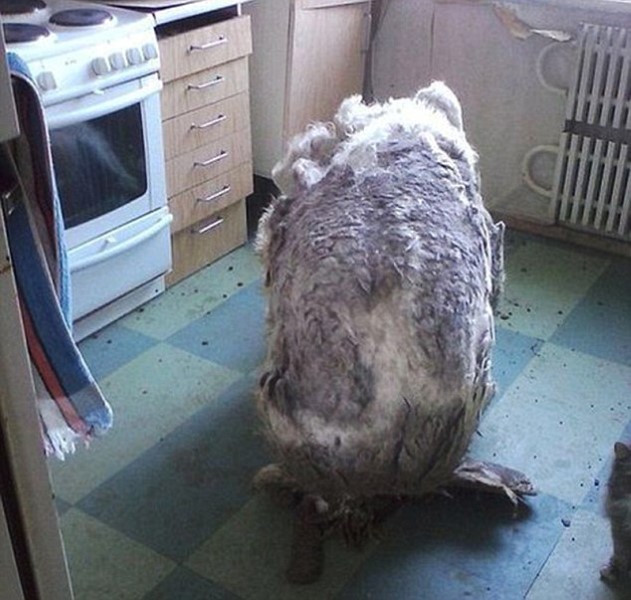 Since his rescue and shave and medical treatment (he was covered in sores and skin abscesses), vets have renames him ‘Cocos’. They cut off enough hair to fill four 100 liter empty dog litter bags. 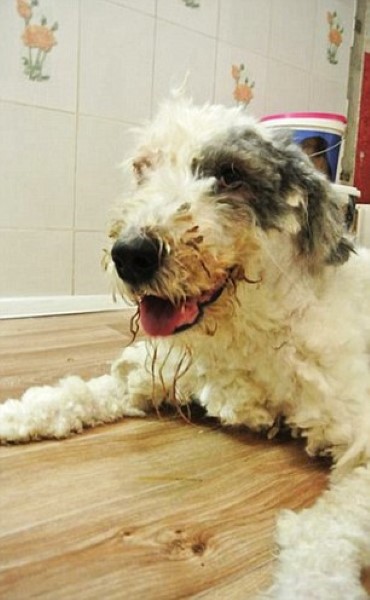 Cocos now, thankfully, has a new owner. And a perfect one, at that. He now lives with a lady called Elena Rivvo, a local who is an expert in Bobtails. She’s got him on a special diet of vitamins to get him fighting fit once again. 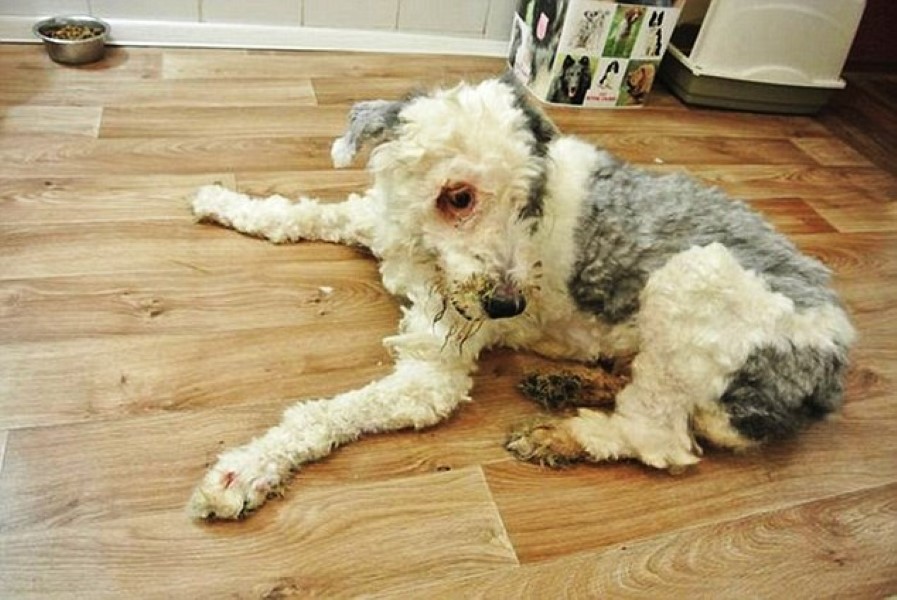 And just look at him now! 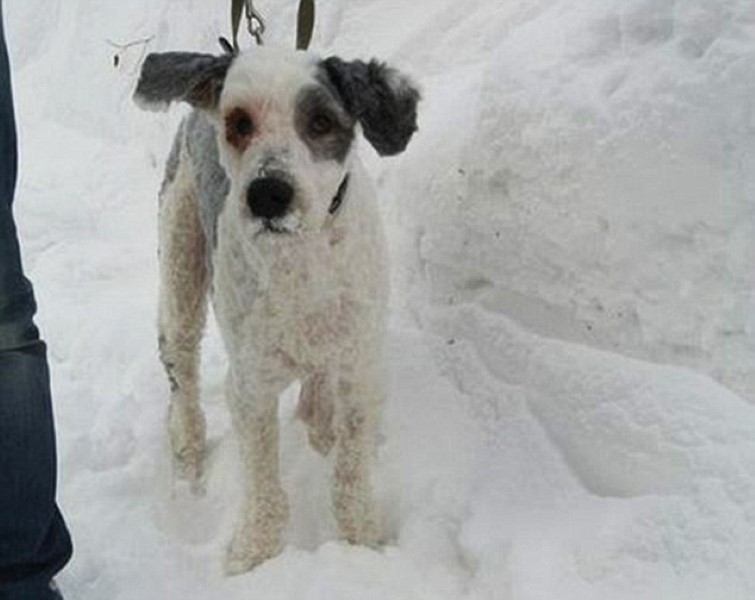