You have thought that airline staff might have learned some lessons from what happened to United Airlines recently, wouldn’t you? But apparently not. The guy in the clip below, an American Airlines attendant (who has since been suspended) is seen threatening and goading a male passenger to violence after forcibly taking a baby stroller off a young mum, hitting her in the process and narrowly avoiding hitting her baby.

Footage of the incident was uploaded online recently, along with the caption: ‘OMG! AA Flight attendant violently took a stroller from a lady with her baby on my flight, hitting her and just missing the baby.’

The melee happened on an internal flight from San Francisco to Dallas and clearly shows the attendant acting very aggressively. The woman is clearly upset and when the man – Tony Fierro – tries to help her, it soon escalates. “Hey bud, you do that to me and I’ll knock you flat,” the passenger who witnessed the assault said.

The attendant doesn’t let that go and rises to the bait, shouting back: “You stay out of this!” He’s jabbing at finger at the man who tried to help earlier and he’s visibly snarling. The passenger walks over to him and they’re going toe to toe. “Hit me, come on, hit me! Come on, bring it on!” You can hear. And this is coming from the American Airlines worker… 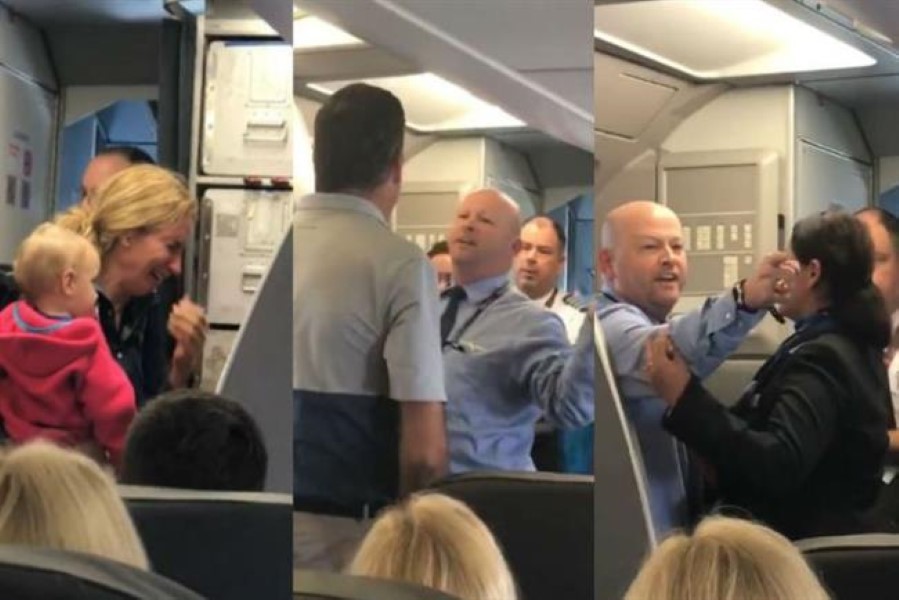 “A baby almost got hurt. That’s what just fired me up, so that was it,” Fierro told the media afterwards. “I don’t want to make a big deal about it.”

This is actually pretty shocking. We love the guy who stands up for the mom and you can’t help but be a little glad to hear that the attendant got suspended…

Check it out for yourself here in this video clip filmed by someone onboard: 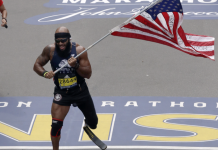