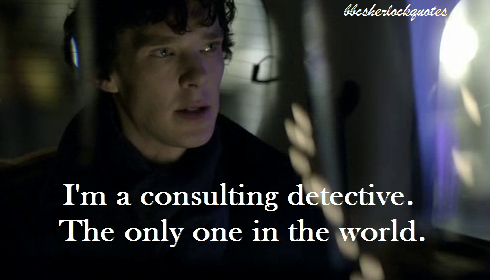 As everyone knows, the BBC version of Sherlock Holmes has almost superhuman powers of deduction, but have you ever watched the hit show and wondered if you could train your mind to notice the tiny details that the master detective (played by otter impersonator Benedict Cumberbatch) picks up on?

Scientists claim that we only use 10% of our brains. What if we could train ourselves to access the remaining 90%? We would have almost psychic levels of perception: the ability to manipulate others, tell if someone is lying, notice tiny details and recall everything that’s ever happened in our lives with ease. 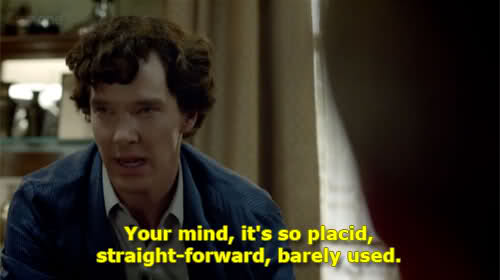 If we could access these hidden depths, we could all be Sherlock (or possibly the X-Men – but without the silly costumes). The question is: is it possible?

Their goal is to dramatically boost their observational and memory skills, as well as using real scientific methods to measure the results. What’s amazing is that early signs show that their methods are actually working. 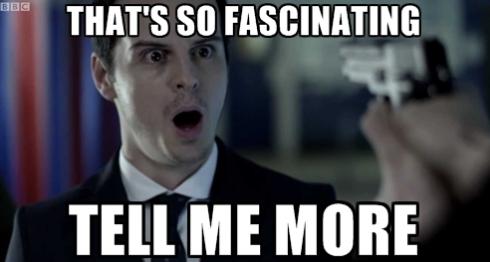 Some participants are working on creating their own trademark ‘memory palace’, a reference to the mental map that Sherlock uses to recall subtle signs he’s witnessed in the course of his investigation. User ‘Curlab’ claims that he’s already learned how to do it:

“There was a time when I was trying to learn to memorize a shuffled deck of cards in under two minutes. I did eventually hit the mark, and the way I did it was by converting each card into an image and then placing the image at a certain fixed point along a mental journey. Over time, it got easier and easier. building a memory palace may sound like some huge mental feat but its not that difficult given time and practice.”

So, could an ordinary human being like Curlab really teach themselves to be a genius detective? Well, it’s certainly not impossible. Here’s a video of well known mentalist and trickster Derren Brown using his own ‘mind palace’ to scam a casino (don’t worry, he gave the money back!).

If you visit r/thescienceofdeduction you’ll be confronted with a long list of suggested reading material: books like ‘Forensic Science Fundamentals’ and Derren Brown’s ‘Tricks of the Mind’  as well as ‘Snoop: What Your Stuff Says About You’.

Participants are learning skills from these books and practising by analysing pictures of other users rooms; using the clues in the photo to tell what sort of person the room belongs to. Even though it’s still early days, some of these freshly trained Sherlocks are spookily accurate. Here’s an example: 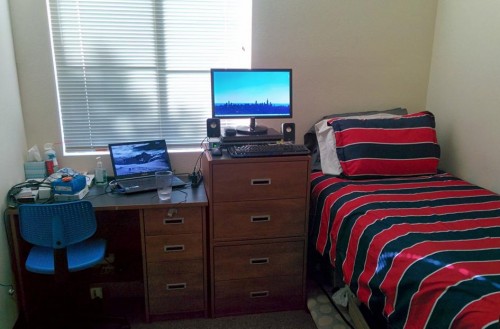 “You are obviously very tech savvy, judging by the items on your desk.
-Correct
I would say at least 20 years old, maybe older.
-22
You are left handed
-Yep.
You live somewhere in the us or eu.
-Yep.
You are either african american or was wearing a lot of red that day
-The former but was wearing a red shirt. How did you figure that out?
You are a neat freak, mainly because of the 2 bottles of hand sanitizer, tissues, and antidust spray
-Yep.
You play fps games
-Yep. How did you figure that out?”

The BBC version of Sherlock also visually ‘scans’ people he meets for the first time to pick up quick clues that tell him who they are, what they do and where they’ve been. Science of deduction participants are trying to teach themselves how to ‘Sherlock scan’ by reading books on body language and memorising scores of visual clues, like the fact that weightlifters always develop creases and folds on their arms in certain places.

“Last Christmas was spent with my Auntie. I asked whether she’d been doing yoga. She confirmed. It’s all in her stance. In martial arts / yoga classes, the student is taught first and foremost how to stand up properly. How to balance oneself. They never lean and NEVER hyperextend their legs. My auntie stood around with her feet parallel to each other, in line with her elbows and her knees slightly bent. I concluded she’d been learning yoga.”

By combining this learned knowledge with the powers of recall offered by their ‘memory palace’, these Reddit users really do have a good chance of training themselves to be the ultimate detective.  But it’s certainly not a quick or easy process, and one that doesn’t bring much in terms of reward…unless you copy Derren Brown and use your new ‘powers’ to memorise playing cards and scam a casino. Though we certainly don’t recommend that.

If you want to join in the experiment and attempt to teach yourself Sherlock skills, visit  http://www.reddit.com/r/scienceofdeduction