When South Carolina couple, 21-year-old Billy Ray Hawkins Jr. and 19-year-old Rachael Jade Nicole Herron, rushed their child to a Greenville hospital complaining that a teething toy had exploded in his mouth, doctors assumed that they were concerned parents in shock over an injury to their child. But after a closer look at the baby’s injuries, the hospital called the police.

Doctors discovered that the child’s mouth had suffered extreme trauma, consistent with something being rammed down the child’s throat. Furthermore, a bloodied children’s toy was found in a hospital trashcan.

The child also had multiple fractures on both arms, bruises across his torso, as well as a swollen left eye. 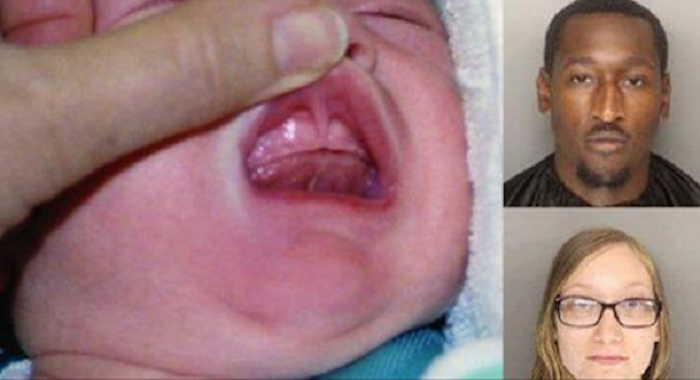 The couple were arrested and charged with abuse to inflict great bodily injury upon a child. They are being held on a combined bail $75,000.