Dragons. Star of many a book, TV show and movie, these giant flying lizard beast are nothing but fiction, aren’t they? Mythical creature found only on screen and in literature. That’s right, isn’t it? It’s what we’ve always been told and believed. And, perhaps, it’s true. But what if it isn’t it? What if dragons are real???

Think we’ve lost it and gone nuts? Well, we wouldn’t blame you. And don’t get us wrong, we’re not saying that we think that they are real. But what we are saying is that we’ve found a very odd clip online that appears to show something that looks an awful lot like a dragon…

It wouldn’t be the first time a strange creature has washed up ashore and baffled everyone. And that’s before we even consider sighting of mermaids…

Details at this point are sketchy at best, but what we do know? The video was apparently shot by an American businessman who stumbled across the creature washed up on the shore of a Pacific island. Is it real? Or a hoax…? 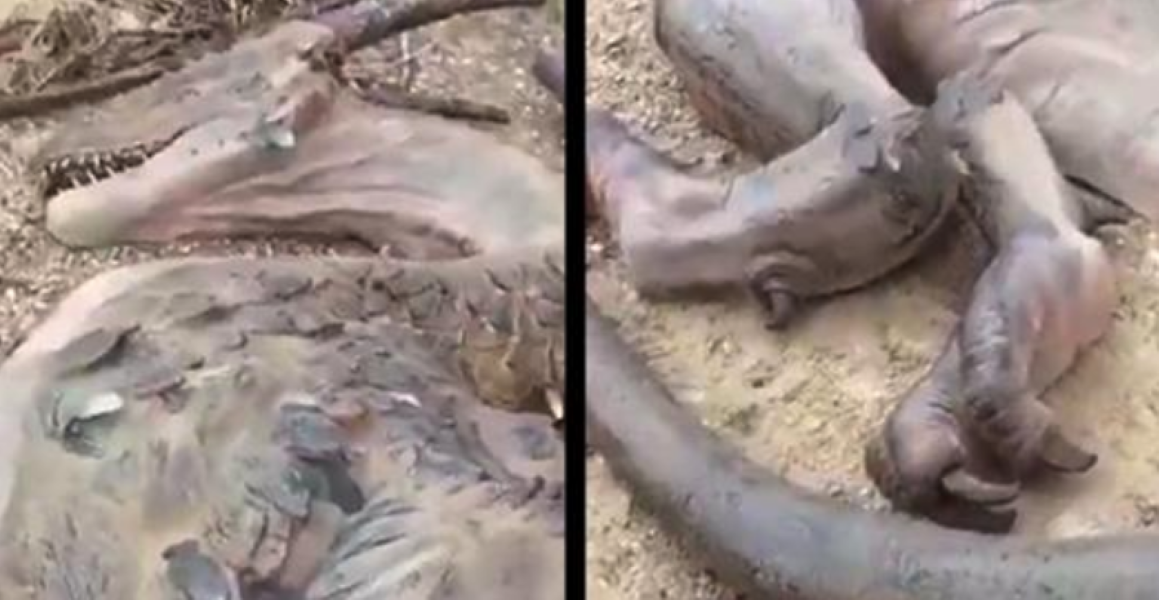 Think that picture makes it look strange? Well, you ain’t seen nothing yet! Here’s a video taken at the scene. What do you think’s going on here…?