Jimmy Fallon might well have the biggest talk show in America and access to all the stars, but there are still certain things that are as off limits to him as they are to everyone else. Say, for instance, messing up the very particularly-coiffured hair of one Donald Trump…

The Republican Presidential candidate ‘could be President the next time I see you’ said Fallon. So he wanted to take advantage of the opportunity to lay his hands on the ‘do while he still could. And, somewhat surprisingly, Trump was a good sport and agreed.

The talk show host didn’t hold back, either! He ruffled the mane of the former Apprentice host pretty thoroughly, leaving it a real mess. Trump attempted to fix it up with his hands, but was less than successful. As you’re about to see. 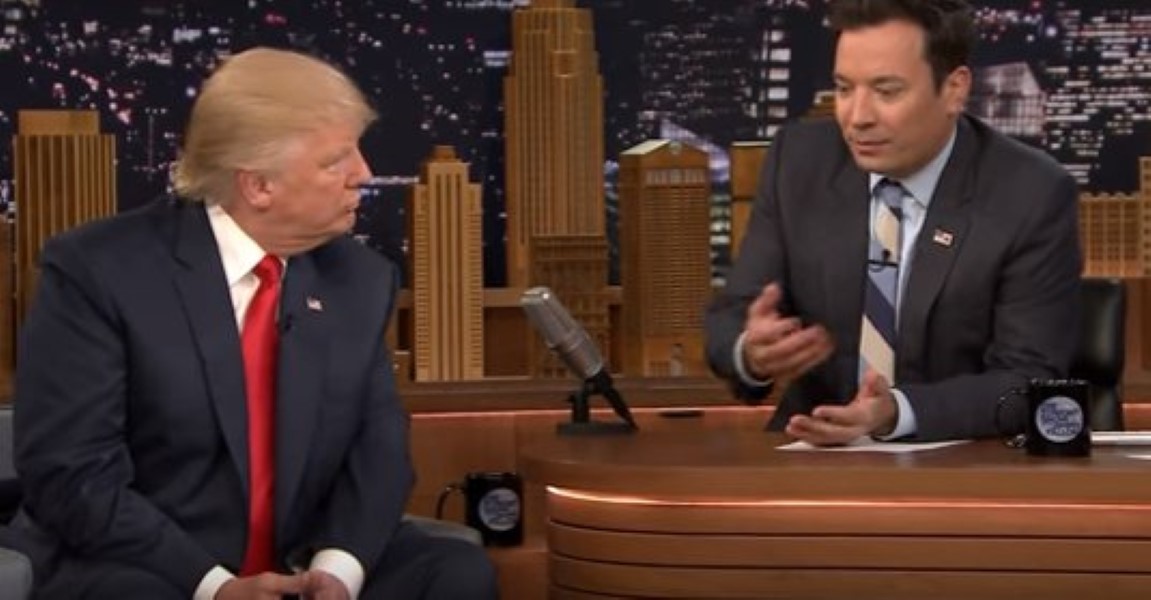 We wouldn’t have thought he would have been game, but he was. Here’s what happened: