In 1942, at the height of the Battle of the Pacific, the US Navy decided to construct a top secret radio station on the island of O’Hau, Hawaii. The station would be used to transmit orders via radio signals to ships operating all across the Pacific. The station was to be built on a summit high in the Ko’olau mountain range, and to access it, the Navy first constructed a set of ladders. Later these were replaced by wooden and metal stairs – a total of 3,992 in all. These steps would form a trail that would later become known as the ‘Haiku Trail’, or the ‘Stairway To Heaven’.

When the station finally closed in 1987, the local authorities decided to close off access to the steps due to their treacherous nature. A guard was posted at the bottom of the trail, but he is not there twenty four hours a day. As a result, many intrepid hikers set on up the trail in the middle of the night, as the following video shows.

Sadly, there may be no more trips along the spectacular Haiku Trail. On Valentine’s Day 2015, a series of violent storms hit Hawaii and damaged large sections of the trail. Several hikers had to be rescued by the Honolulu Fire Department. Now authorities wonder if it would not be safer to remove the trail altogether, though there are plenty who oppose this idea and instead want to restore it to its former glory.

As the fate of the trail hangs in the balance, at least we have stunning videos such as the one above to remind us of its haunting, breathtaking beauty. 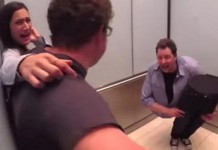 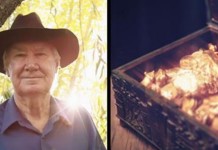 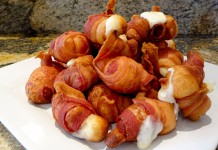