When Virginia based photographer Kerri Lane spotted beautiful, redheaded teen Mackenzie Clare across the room, she thought that she’d be perfect for a mermaid themed photoshoot she was working on. After all, she looks just like Ariel from the Disney film The Little Mermaid! 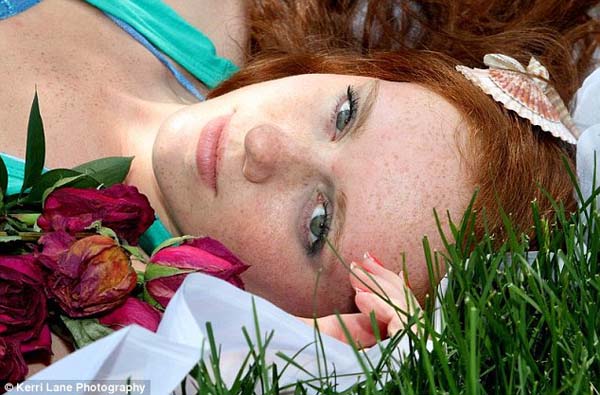 Mackenzie was sitting with her boyfriend. When she approached her to discuss the potential modelling work, she discovered that Mackenzie had always dreamed of being a model. It seems Kerri was the person who could make those dreams come true! 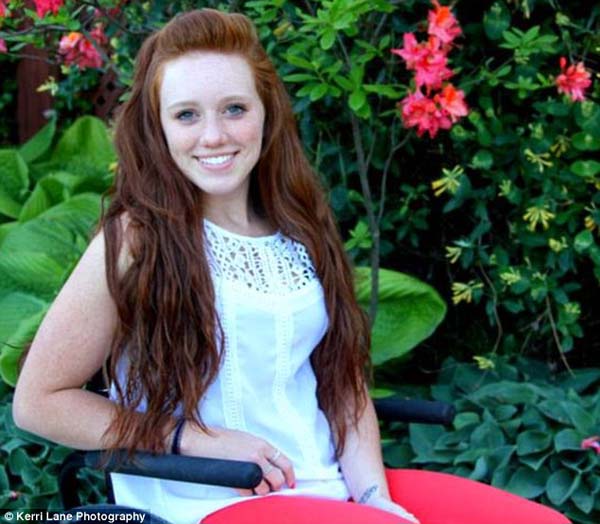 However, it was only after she had been speaking to Mackenzie for a while that she noticed that the beautiful teen was actually in a wheelchair. Instead of backing off, Kerri became even more determined to photograph Mackenzie, feeling that she deserved a chance, and also that it would make the resulting photos even more powerful. 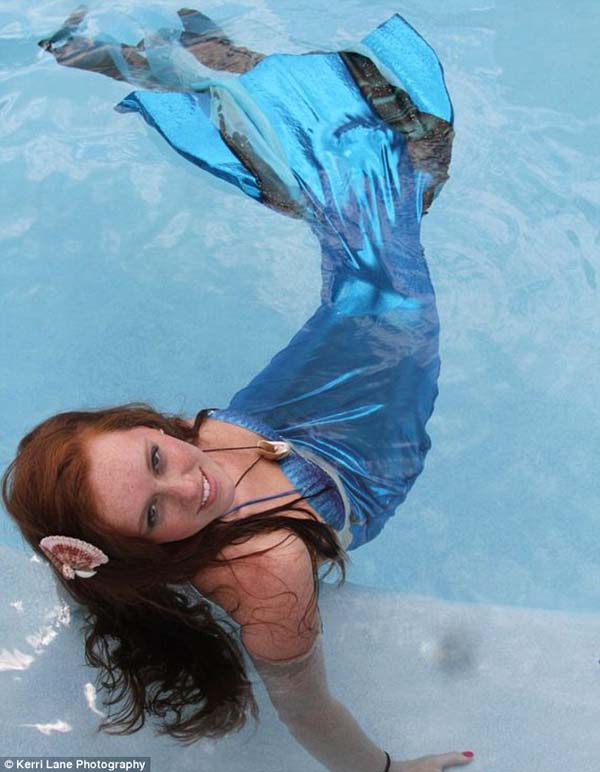 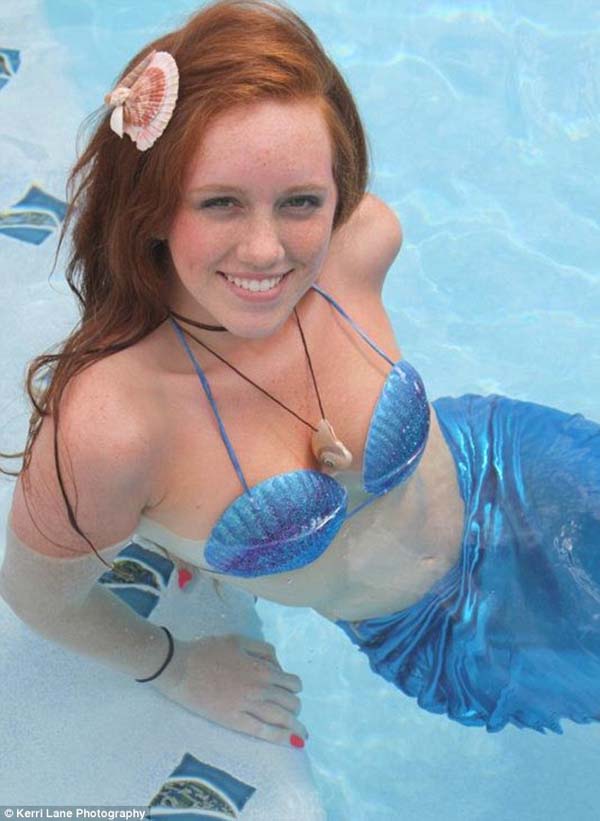 Mackenzie was just ten years old when a driver slammed into the family car she was travelling, leaving her paralyzed from the neck down. But looking at these incredible, beautiful photographs its almost as if the accident never happened. 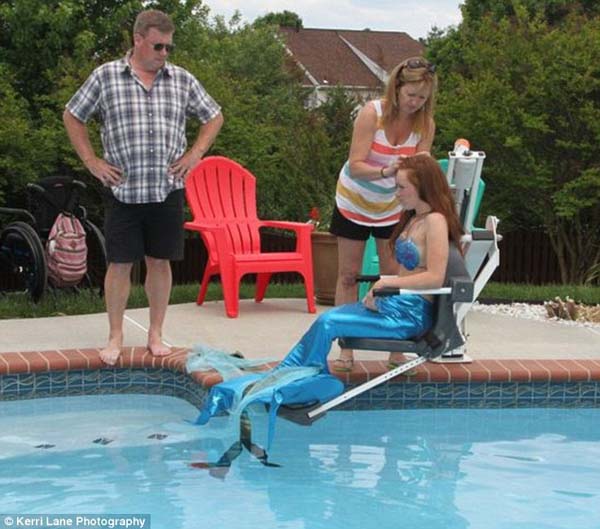 Kerri’s son Shawn helped with the modelling shoot. He spent hours making a special mermaid tail for Mackenzie. It contained specially made wooden sections to help it float in the water and support Mackenzie’s legs. 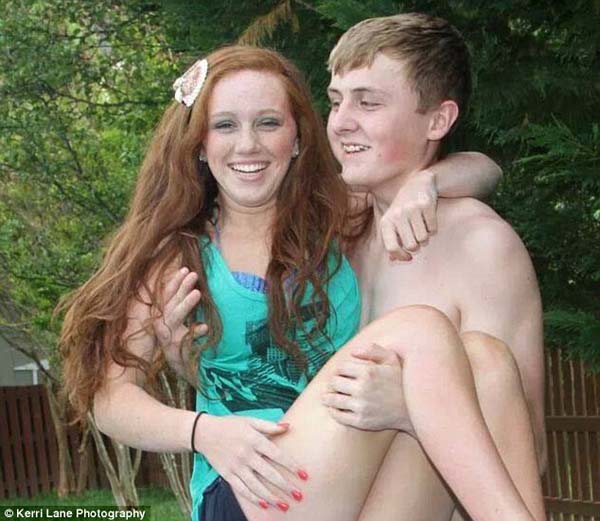 Shawn also helped by carrying Mackenzie to and from the pool during the photoshoot, where she was lowered into the water with the help of a specially made chair. 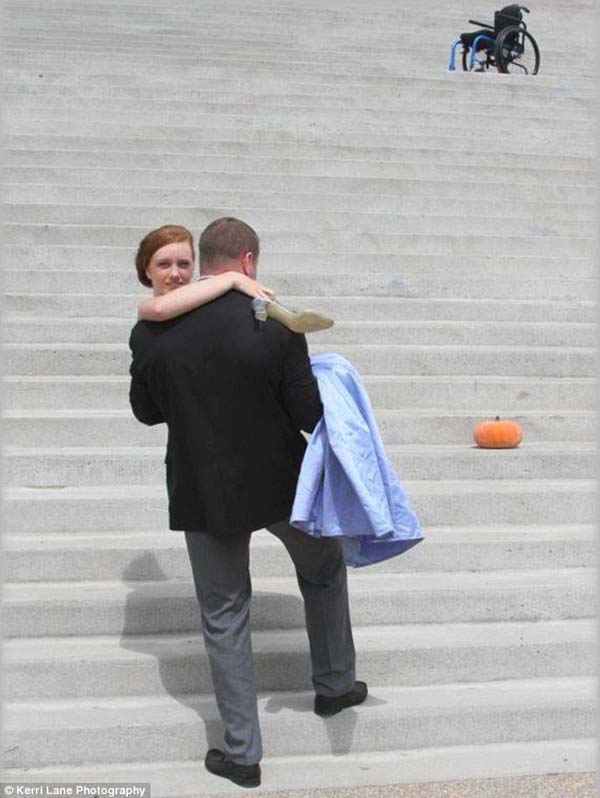 As well as posing as a mermaid, Mackenzie also got to impersonate Belle from the Disney film Beauty and The Beast. Kerri even found a young man to play Prince Charming! 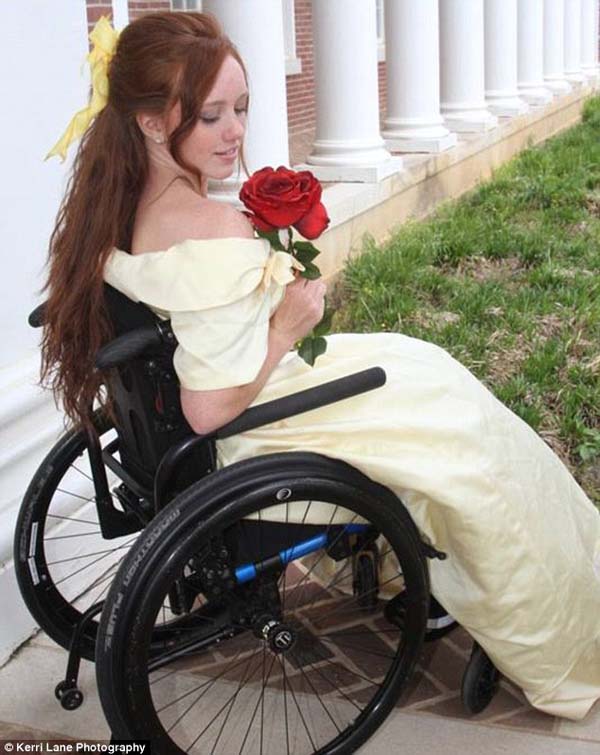 Mackenzie said that the photo shoot made her feel ‘really special’. For years she’d dreamed of being a model, but didn’t think it was possible due to the fact she was paralyzed. But thanks to Kerri, she was able to live out her dream, with stunning results. 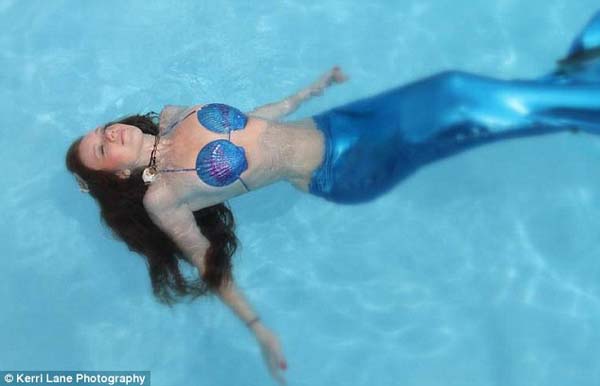 “When I saw her, I felt that something was taken away from her,” explained Kerri. “I would just like to give something back.” 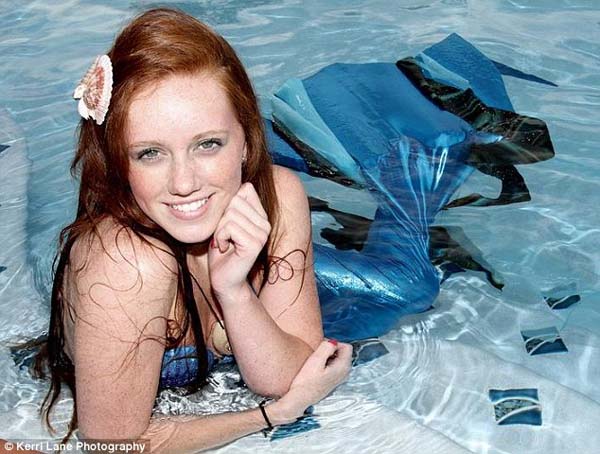 This amazing photoshoot has given Mackenzie the confidence to explore her dream further. She feels optimistic that- thanks to her looks and her positive attitude- nothing is standing in the way of her modelling career.

‘I’ve never seen models in wheelchairs in magazines or on commercials or TV shows, so it’s something that seems like a high dream or a big dream that wouldn’t really happen,’ she said. ‘It’s starting to feel real that maybe I could pursue that and be one of the first models in a wheelchair.’

Share if you agree that Mackenzie would make an amazing model!

Mackenzie still needs help with some outstanding medical bills. You can donate by visiting the HelpHOPELive website.