Brandon Douglas felt a weird pain underneath his tongue. He didn’t know what it was, but the pain wasn’t too bad. So he left it. But the feeling remained and soon it did begin to hurt. Five days this went on before he decided to investigate the issue. What was it in his mouth causing him so much annoyance? Something very odd indeed… A salivary gland stone.

Never heard of them? Well, you’re not alone. Nor had we until Brandon’s clip hit the internet and went viral. Also known as a ‘salivary duct stone‘, it’s basically a calcified structure that blocks the gland that makes spit and can cause quite a bit of discomfort. It looks like a fossilized Cheeto and can grow quite large. As seen here!

Brandon pushes the thing out of the gland and films it in crystal clear HD. All for your viewing pleasure. And we’ve got it for you. Now, don’t say we never do anything for you! 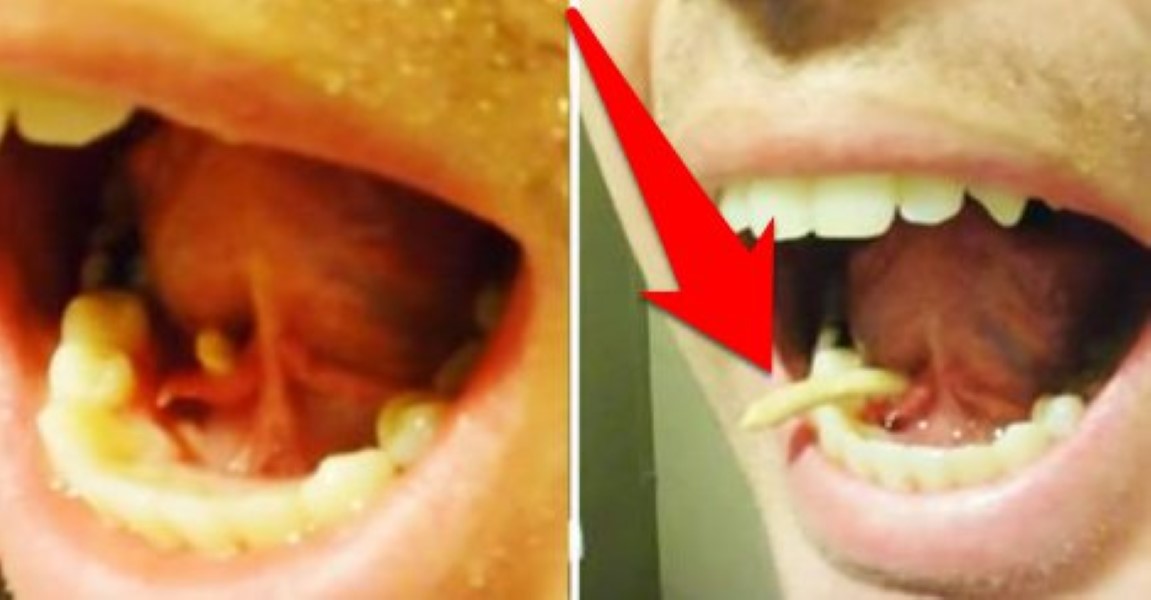