The following story is a real tear-jerker. It concerns itself with Raju, an Indian elephant held captive for more than five decades. It’s a tale of animal cruelty that would move even the most callous of souls to a state of sheer pity and empathy. Just how people can be as hurtful and neglectful as they have been to poor Raju is almost unthinkable.

But don’t fear, his story is ultimately an uplifting one. And it’s one that’s almost guaranteed to move you…

Our story begins in the Uttar Pradesh area of India. The UP Forest Dept. found out about an elephant being mistreated nearby. So they went to investigate. 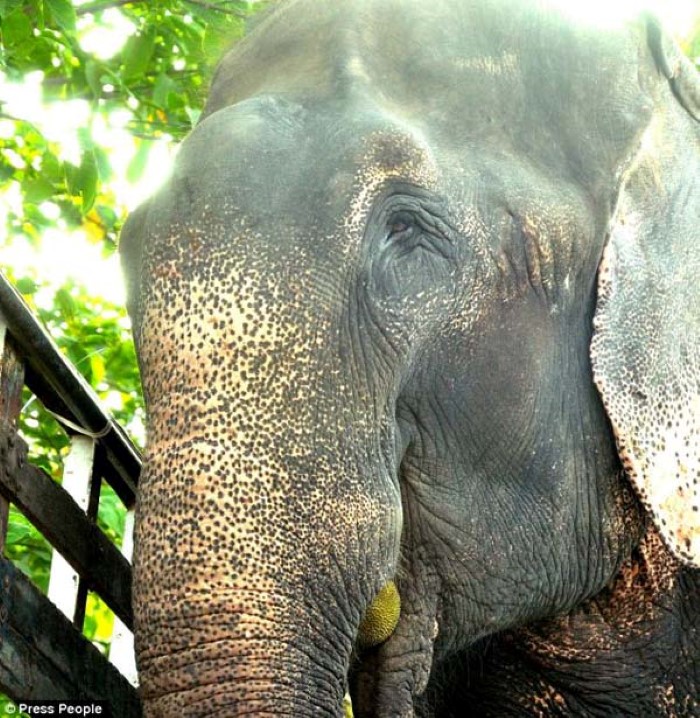 There they found Raju in a terrible state. So they contacted London-based animal rescue charity Wildlife SOS, who immediately sent out a ten-man team of vets and wildlife experts. They joined up with a twenty-strong group of Indian Forestry Department workers. Together they went about saving Raju. 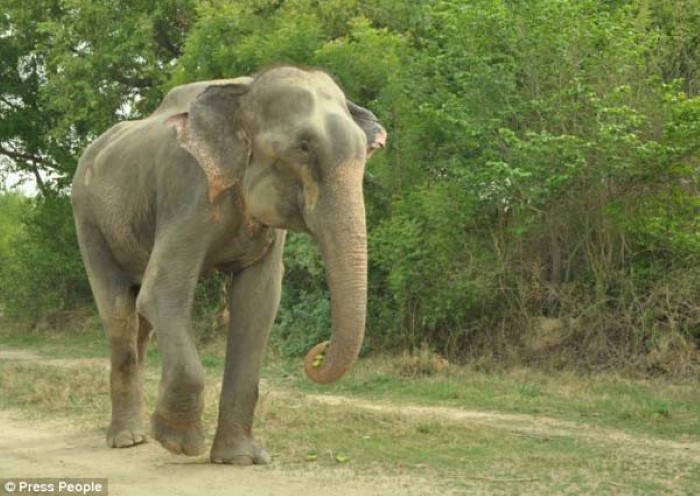 He was living in truly awful living conditions. He’d been shackled up and beaten… 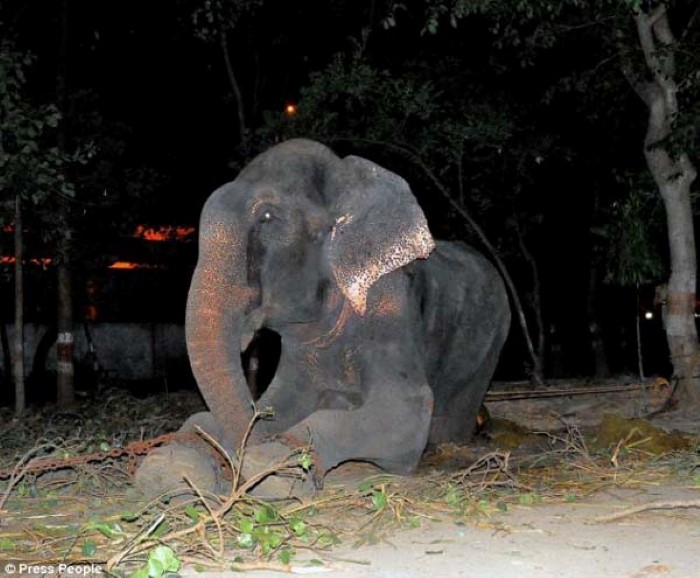 Spiked chains, rusted and dirty cut into his flesh and there they remained for years. 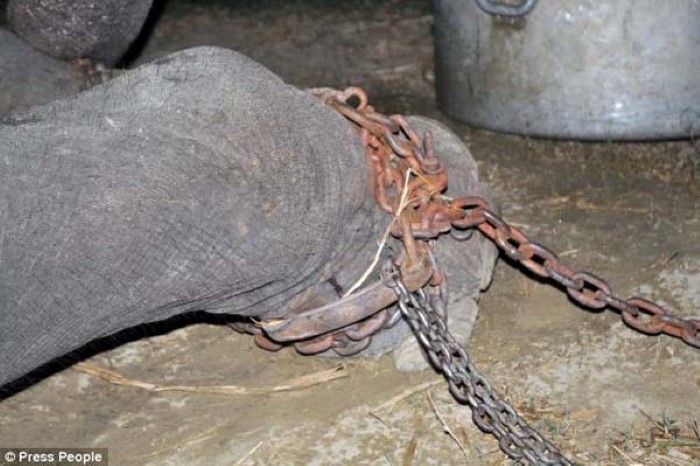 Open and infected wounds were left to the elements with no care or attention. This was an elephant in bad need of treatment. 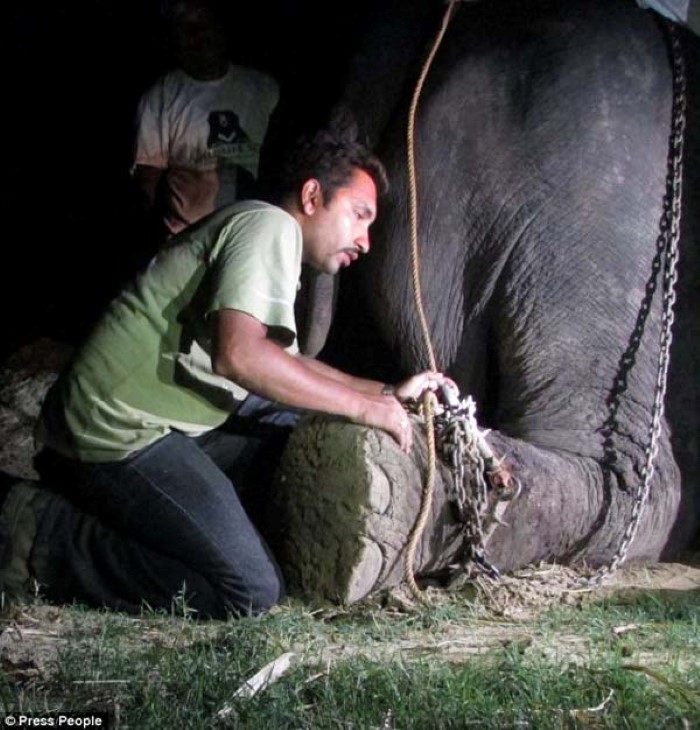 Chained up like this, Raju had been forced for years to hold out his trunk for tourists in a pathetic ‘begging’ motion, in order to get donations which his ‘owner’ would then pocket. 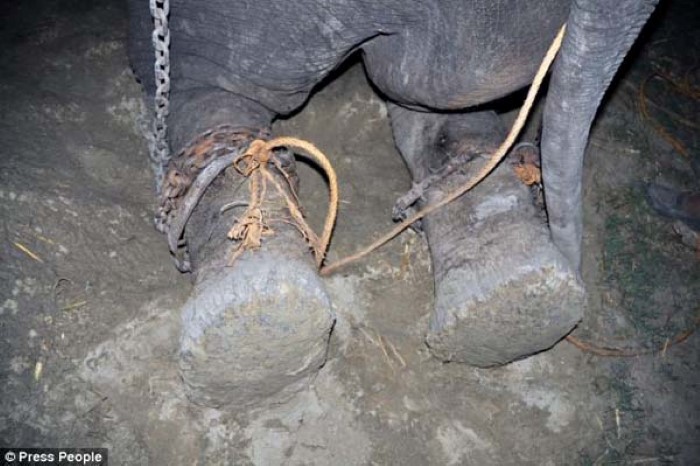 And then the strangest thing happened… After he was freed, Raju began to cry. Actual tears rolled down his face. It was as if he knew that his time of suffering was over. 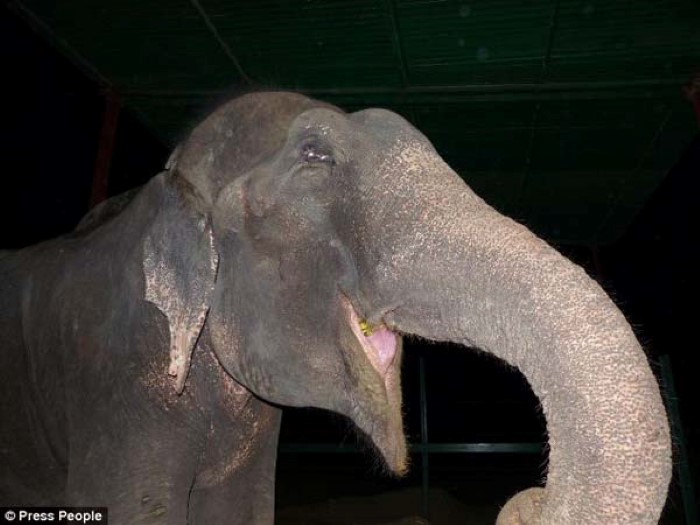 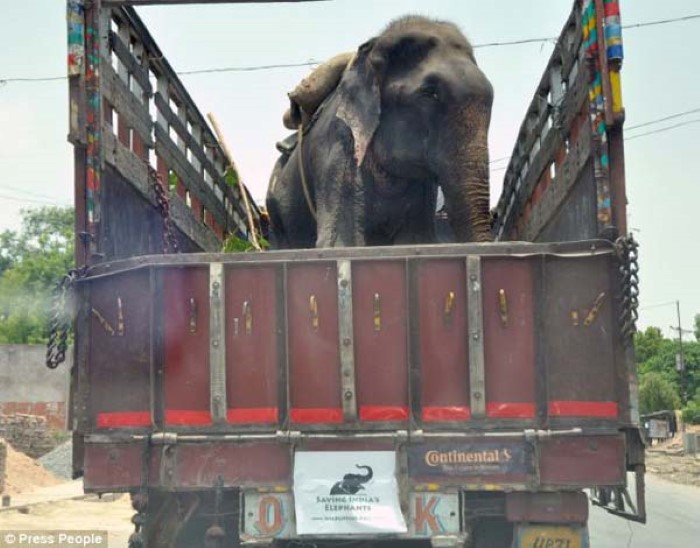 And he certainly seemed to enjoy the trip over! 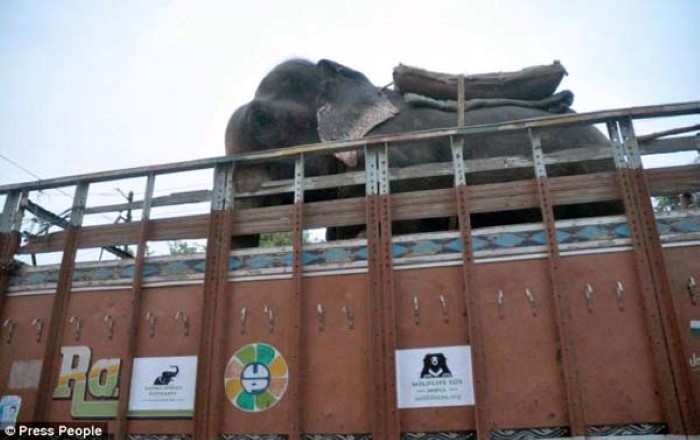 After all, this was his first ever taste of freedom, after some 50 years of captivity. 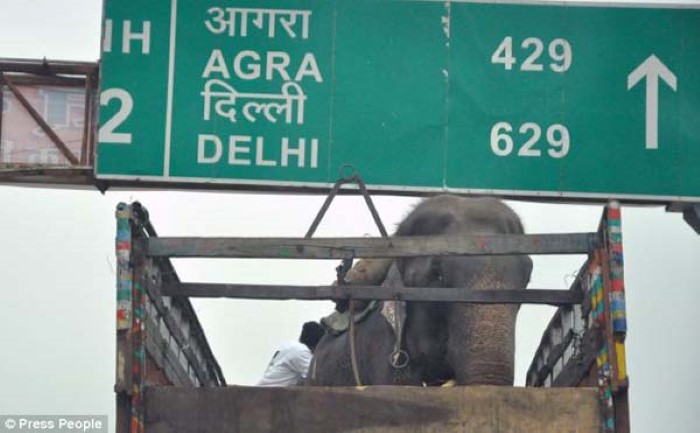 Once he got to his new home, it was first things first. A nice shower! 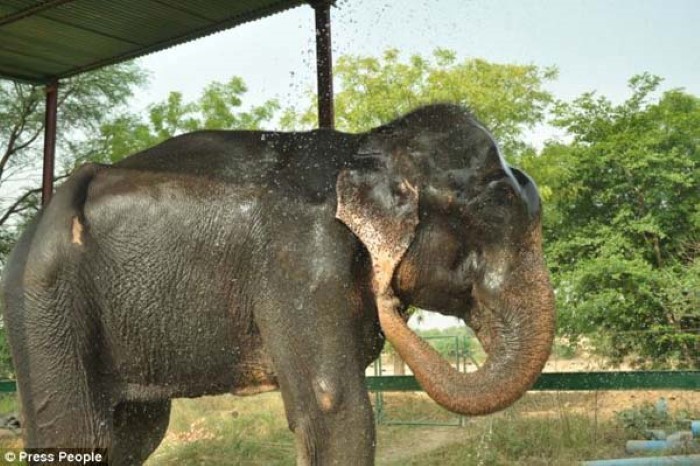 Once he was cleaned up, he was sedated and given the medical care that he’d so long needed. 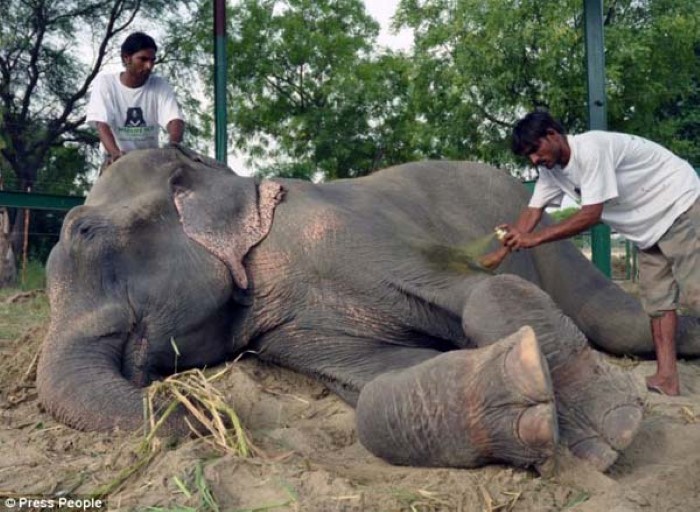 And he was also given a prescription of love and affection. Something else Raju had never experienced. 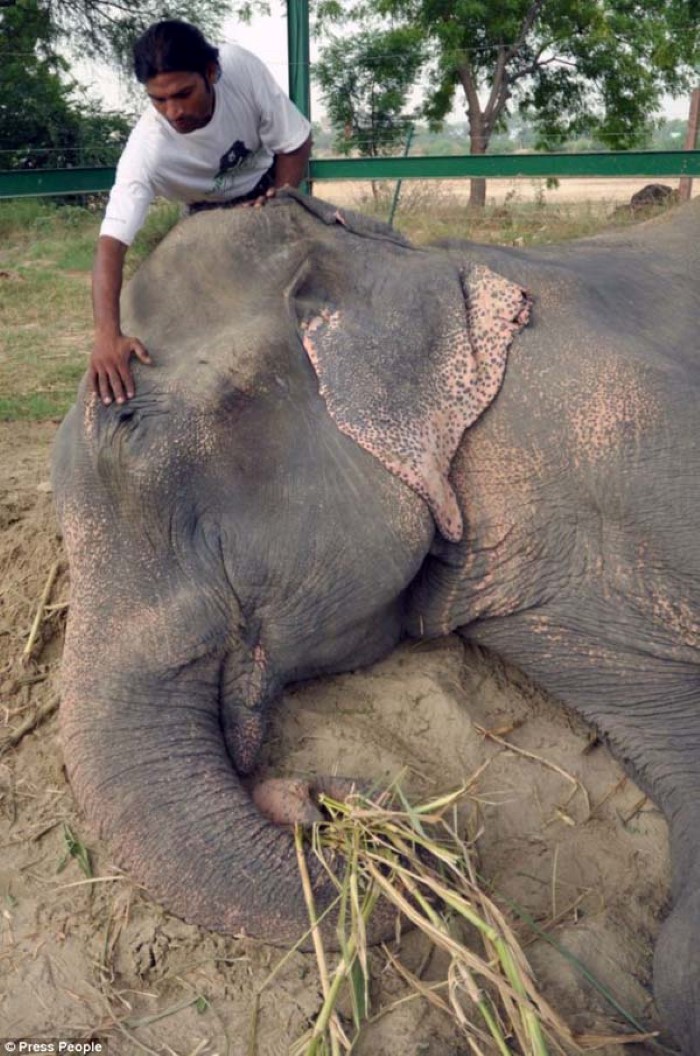 He’s now free to get his life back on track and mingle with other elephants and see out his remaining years with dignity. 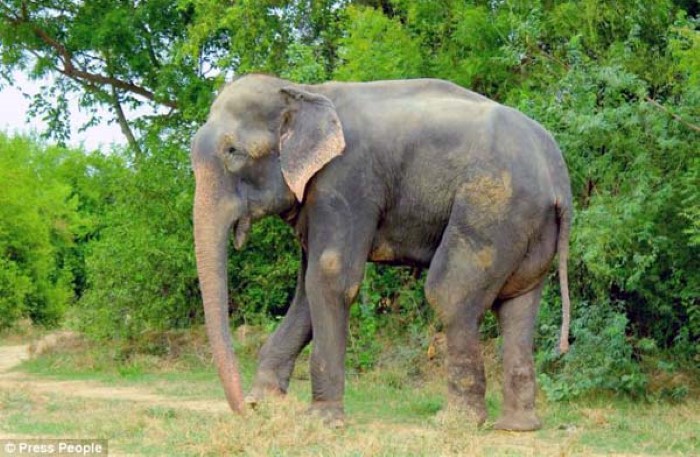 What a marvellous job everyone at the Forestry Dept and Wildlife SOS did. If you’d like to spread the word that animal cruelty is wrong, please share this post. You can also visit the good people at Wildlife SOS at their website and find out what else they get up to.