When Matthew Cordle got into his car on the evening on June 22nd 2013, he’d had a few drinks. He was sure that he was fine to drive, though. But, alas, he wasn’t. Just minutes later, he’d run into and killed Vincent Canzani. Three months later, Matthew and his friend Alex posted a confessional video on YouTube entitled ‘I Killed a Man’. A week later, Matthew was charged with aggravated vehicular homicide and sentenced to six and a half years.

Here is that video:

Alex, moved by what had happened, decided to do something. So he picked up his car keys and this board that he’d written a very special message on: 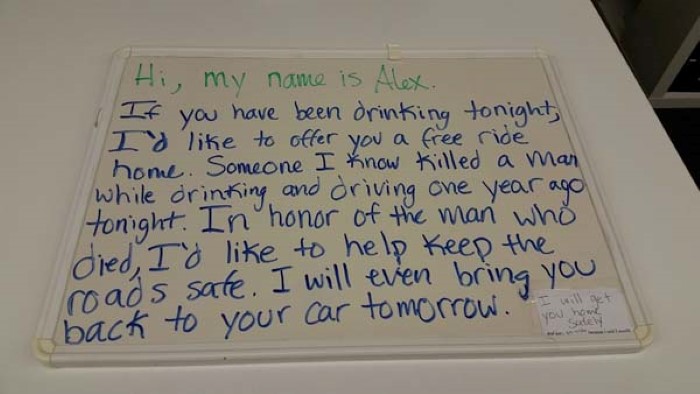 He headed into town and began ferrying revellers in his car, ensuring that no one risked drink driving. His first group? A bachelorette party that kept trying to tip him. Alex refused their tips. Bless them. 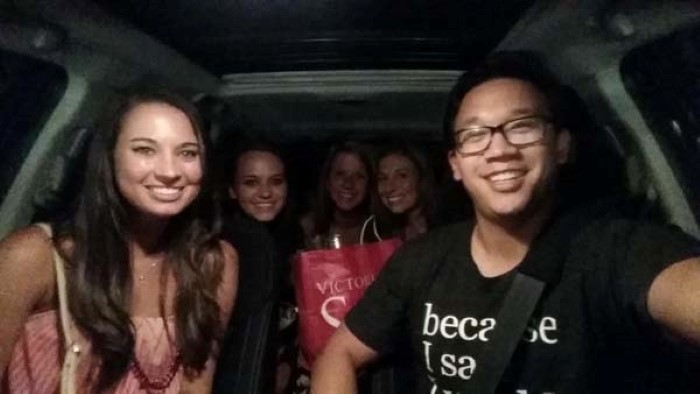 Though the girl in the passenger seat ‘accidentally’ left nearly £40 on the seat for him (he donated the money to Mothers Against Drunk Driving). 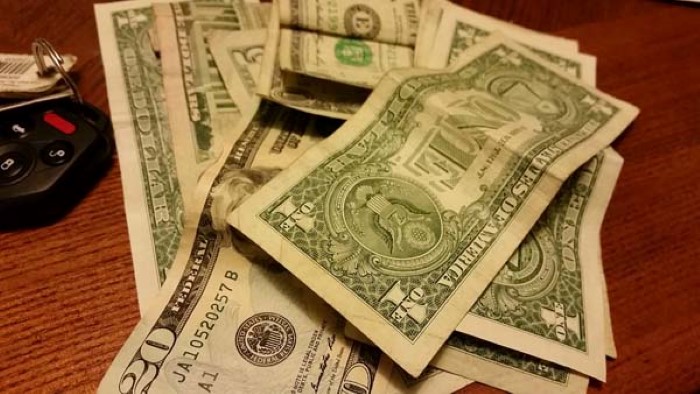 The next carful were a couple who just bought a house. They’d been out for a few drinks and hadn’t really thought about getting home. 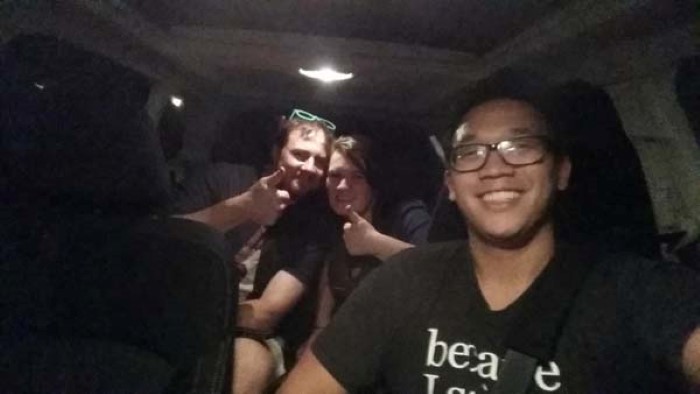 The next person to benefit from Alex’s help? A guy that claimed to have been instrumental in creating a charity music video for the Haiti disaster back in 2010. Karma. 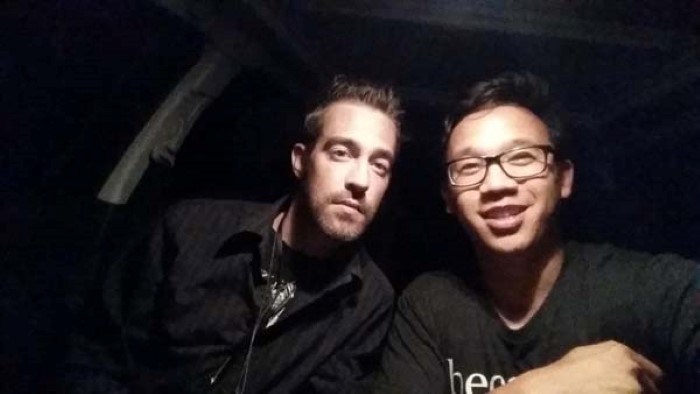 Again, he wanted to tip. Alex made him promised to donate to MADD instead. 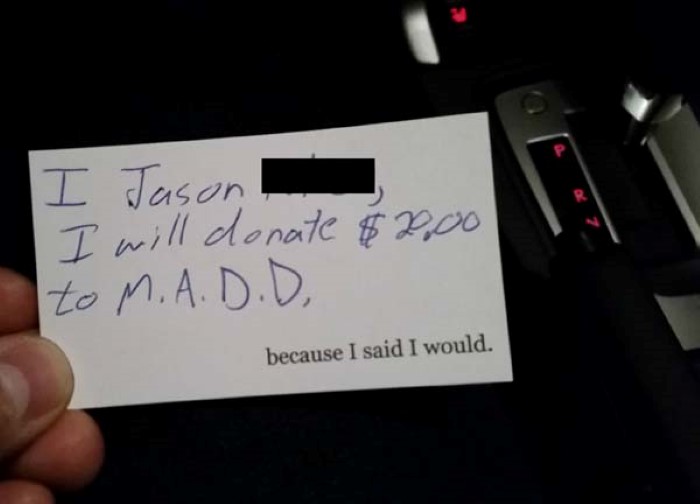 Next up? Taco Bell, where there were lots of drinkers ready to be helped and made to think more about drink driving. Alex was out until gone 4am! 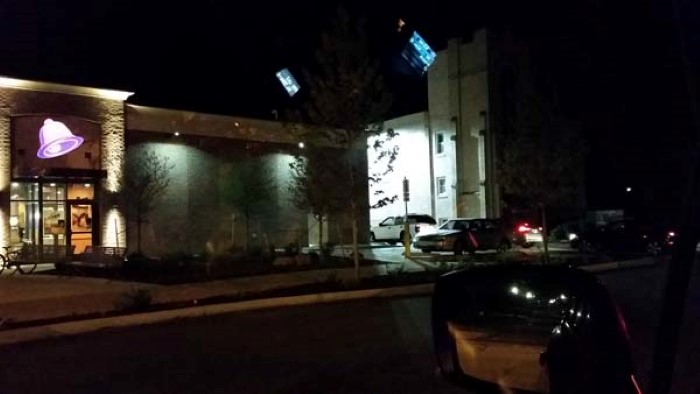 ‘Because I Said I Would’. A promise-led social campaign that’s not for profit, but is for change. They want to change the way people who drink drive think. And we wish them all the best with it. 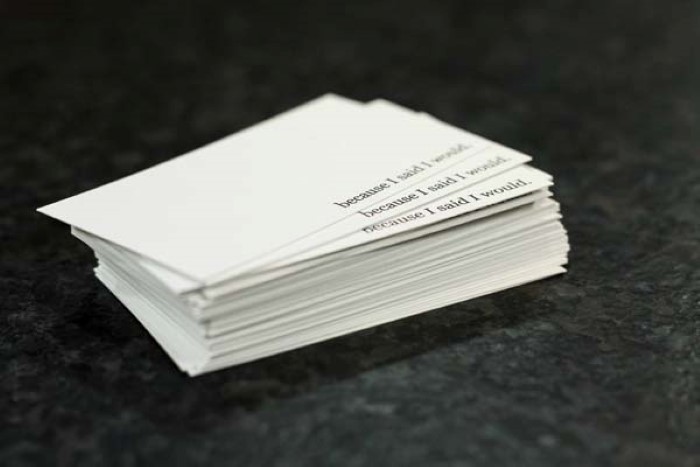 If you respect Alex’s work and want to hear more about Because I Said I Would, check out their website. And if you want to spread their message, you can share this post on social media and help them get their word out.