We don’t know where Daddy Bear was (probably eating porridge back home…), but Momma Bear and Baby Bear have certainly been busy lately. The little one’s been busy jaywalking and the mother’s been busy saving her from the road!

This incredible footage was filmed by a driver who’d seen what was happening on the highway that goes through the Kootenay National Park in the Canadian mountain range, the Rockies.

Luckily for Momma Bear, the guy filming wasn’t the only road user who’d seen what was happening. Other drivers had clocked the incident and had slowed down to make sure they weren’t endangering the lost little cub’s life. 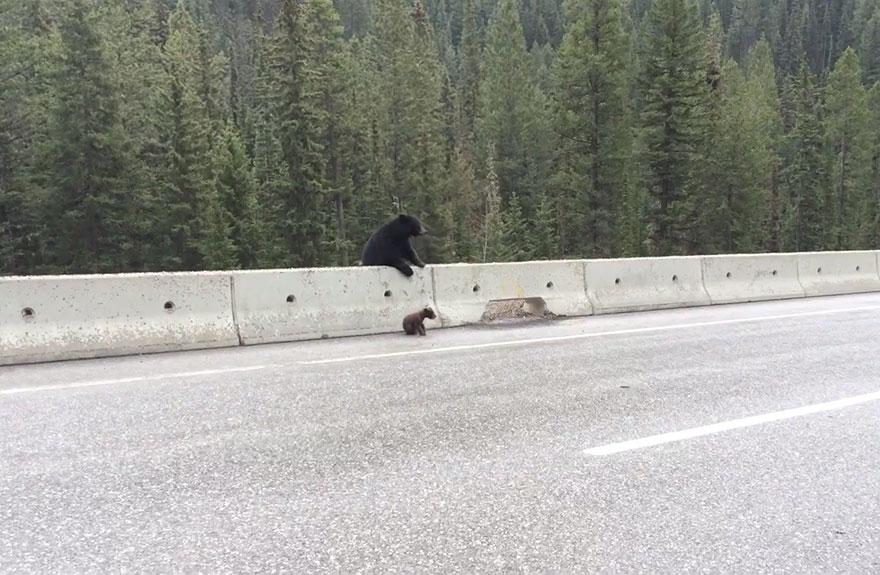 The driver that filmed the incident is Canadian Ricky Forbes, who usually films tornadoes and hurricanes (so he’s used to drama!). He told The New York Times, ‘it really was a really amazing sight to see…’ 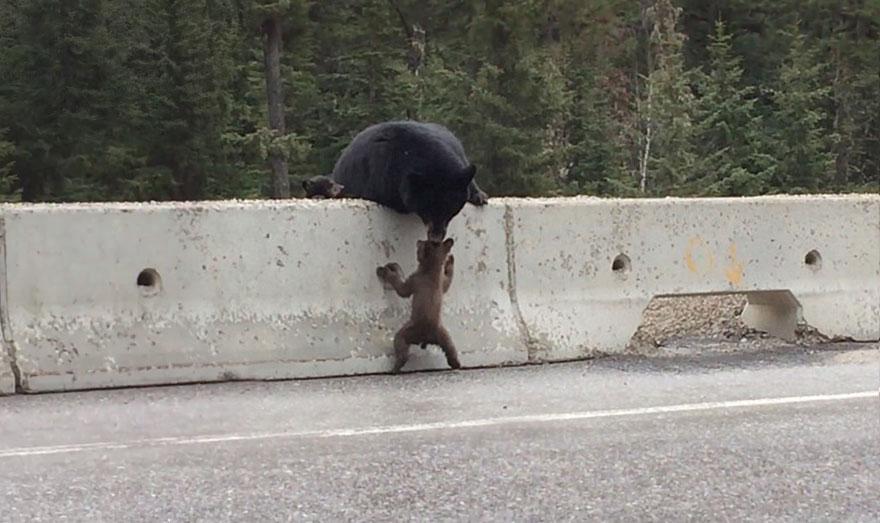 Witness the miraculous save for yourself in this brilliant clip:

This rescue comes just a week after a black bear was hit and killed in the nearby Yoho National Park. Since then, authorities have pressed the urgency for drivers near these parks to watch out for bears. And this Momma Bear’s certainly glad these drivers did!