We’ve all probably found some pretty weird and messed-up stuff in our time, huh? Especially as kids when you’re trekking around the neighborhood for hours and hours. But however strange anything you’ve ever stumbled across might have been, we guarantee you that it wasn’t as freaky as this…

Someone called Clover Forsythe (as if that’s not weird enough!) posted this photograph of nine BRAINS found near a train line in Gouveneur, New York: 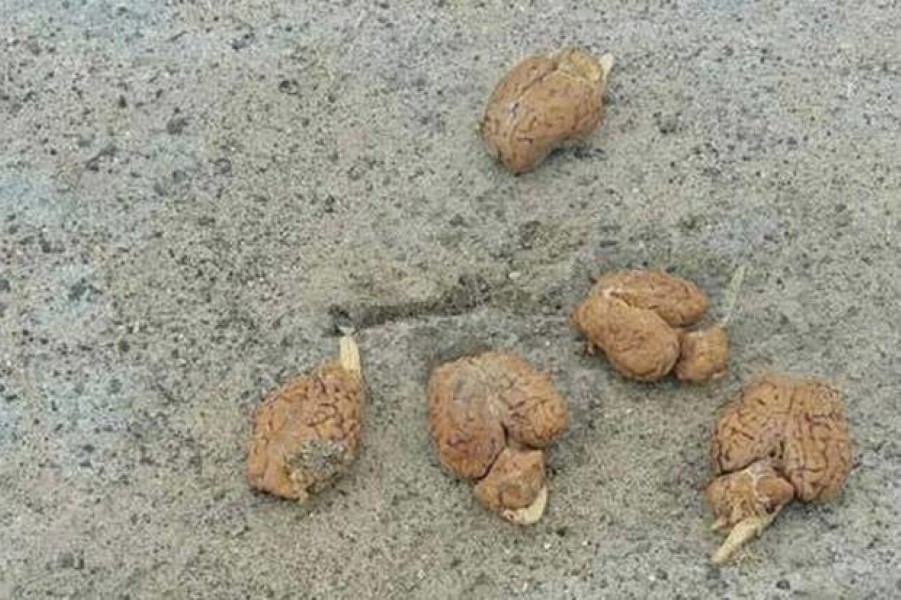 The police ended up sending a sample to veterinary expert Dr. Tim Monroe who confirmed that the brains belonged to dogs. He said:

“We measured and weighed the specimen. It comes out to about 70 grams, which would be consistent with a dog sized brain.”

Due to the size and shape and the precision with which they were removed, it’s thought that the digs were beagles from a test lab. So there isn’t a doggy serial killer on the loose, New Yorkers – don’t worry!