When a lion’s feeling peckish and attacks a buffalo, there’s only going to be one winner, isn’t there? Or is there…?

So thought Ian Matheson and his son Oliver when they spied a face-off between the two species in South Africa’s Kruger National Park. Well, until the buffalo turned on the lion and flipped it up into the air a MASSIVE 17 feet (that’s 5 metres in new money)!

“It looked like it was game over, the buffalo really looked finished,” 12 year-old Oliver said. “Then we saw two of the original herd coming back to investigate and we didn’t really know what to expect.”

Weirdly, all animals involved walked away unscathed. Although you can bet that the lion’s ego was pretty bruised! 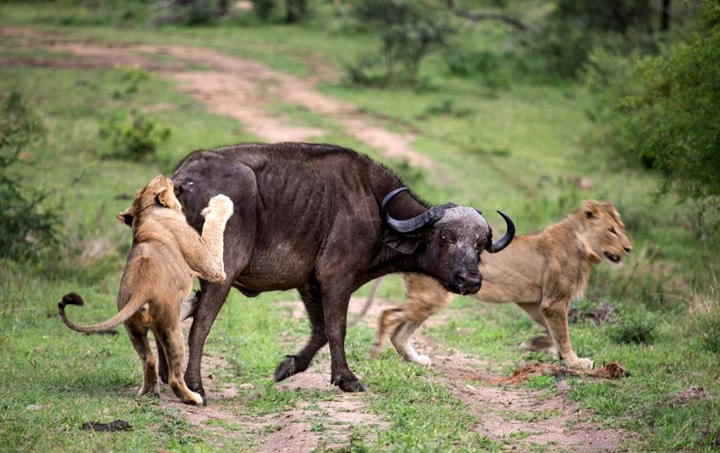 It should be no contest, right? Well, the buffalo here have other ideas! 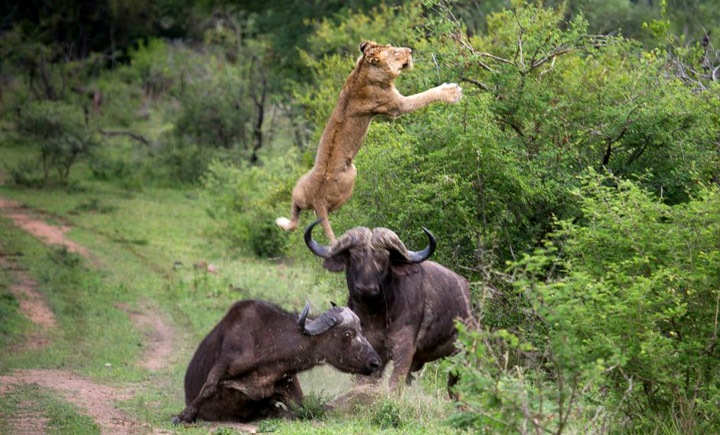 Watch nature being incredible in full for yourself:

Impressive stuff, isn’t it? It looks as though nature may have a new ‘Hardest Animal’, doesn’t it?