When Aminur Chowdhury went out for a quiet drink with his friends, the last thing he expected was a torrent of racist abuse from someone he’d never met.

Although Aminur lives in Bradford, West Yorkshire in the UK, a town known for its history of racial tensions, the days of being shouted out just for being from an Asian family are pretty much a thing of the past there. So it came as a bit of a shock to him… 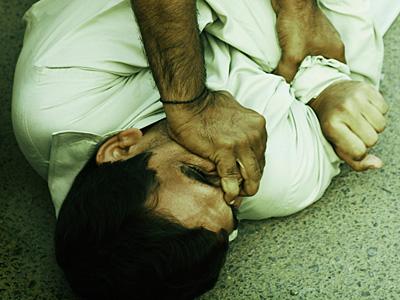 The way Aminur reacted was incredible, though. He didn’t get angry and shout back. He spoke to the man responsible – 27 year-old Ben Gallon – empathised with him and even helped him. You see, Ben was homeless and unemployed at the time. The potent mix of drink and stress had made Ben behave appallingly. Aminur understood this.

He didn’t just help him sober up and give him a handful of change, though. He helped him find a place to live and get a job! Amazing stuff, isn’t it? With help, Ben now has a house and is working in a customer services role. And he has a new friend!

“This is a great way of teaching Asian people across Bradford of how to respond to racism. The more love you show, the more endeared they will be to you.

I’m proud of my upbringing and I’m a proud Bradfordian and Englishman, I was targeted for racist abuse but a great way of overcoming racism is to show some tolerance.

Initially I turned the other cheek but then I was challenging Ben about what he had said to me, I stopped and had a chat with him for about 15 minutes. I went back to see him the following day to tell him he had been offered a job. I care for him. It’s a positive story.

I could tell when I stopped to talk to Ben that he was a passionate guy. I realise I can’t put the world to rights but I can try to educate people. 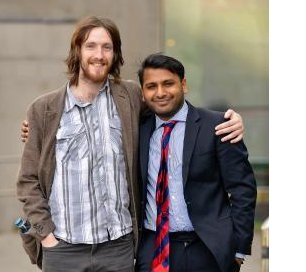 Ben’s life is changing and changing for the better and long may it continue. Ben is a delight to be with. He’s not a bad guy. I want this story to send a message to the Bradford community in general.”

Ben’s very grateful for his new friend’s help and tolerance. He said about the incident:

“There was no justification for me using those words. Kudos to him for forgiving me, I regret it. A positive thing has happened out of this situation.

I was worse for drink when I made those comments. I didn’t think anything of it when he said he could get me a job, but he drove me to the interview and I got it. Things are starting to look up for me. I’ve started the job and it’s fantastic.”

What a heart-warming tale. It’s good to know that people like Aminur – and to an extent, Ben – exist. They’re great examples of how our behaviour makes us appear to others and how it’s possible to change and do the right thing. Ben’s never seen himself as a racist, but after a bad time and with alcohol in his system, he behaved terribly. He sees that now and, with his new pal’s help, he’s changing that.

But of course it’s Aminur who’s the real hero here. Here’s to you, Aminur!

Please share this important story and get the message out there.