Dirty and dusty car windows are annoying, aren’t they? You can’t see out of them and you’ve got to go wash them… A pain. Well, that’s how most of us think, but not Scott Wade. He’s an artist who’s been working with dirty windows as his canvas for some time now. So he sees the dusty Texas roads and the muck that they kick up onto car windows as a Godsend.

Scott’s come up with some brilliant work in his time. Here are some of his very best…

Him & Her – Picasso-y cartoon couple 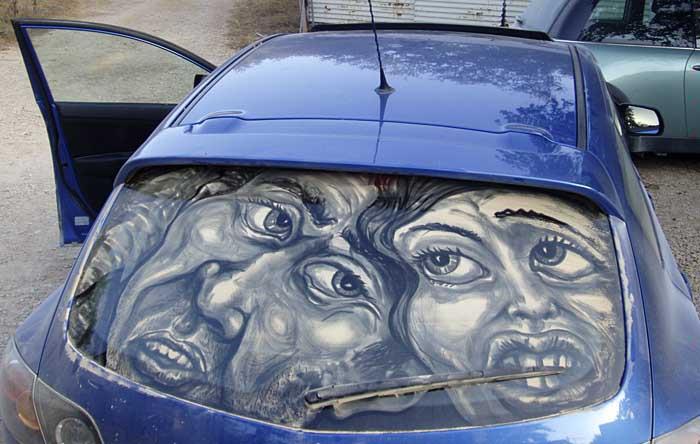 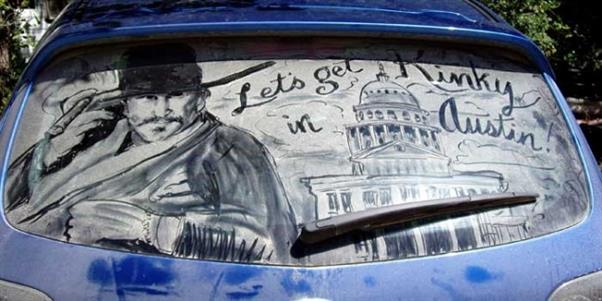 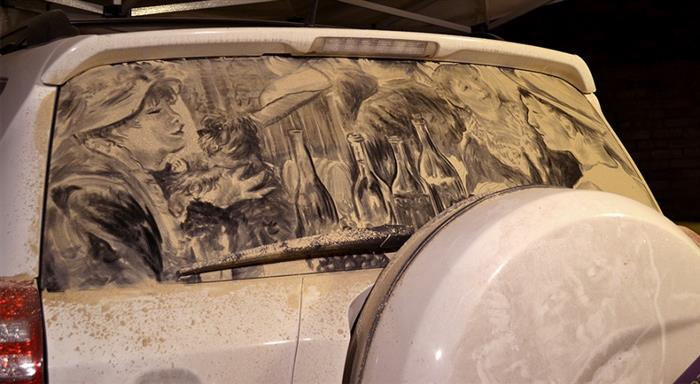 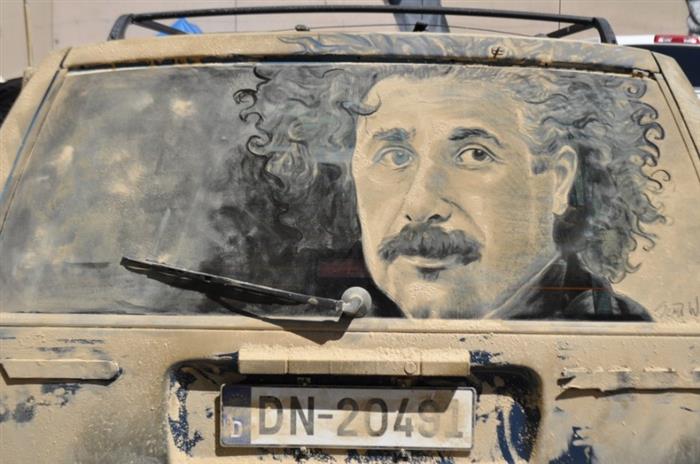 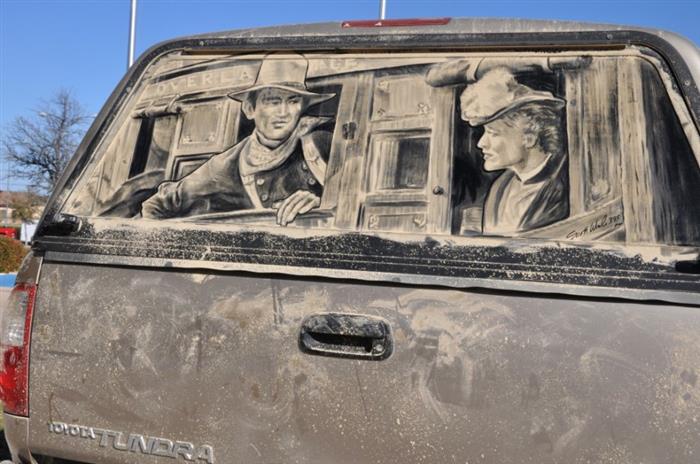 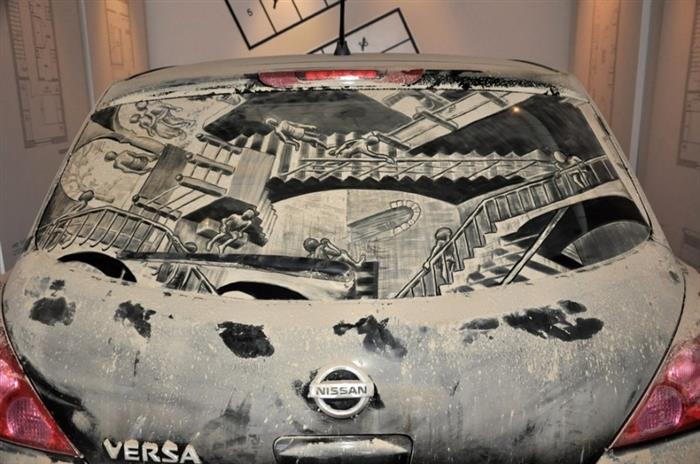 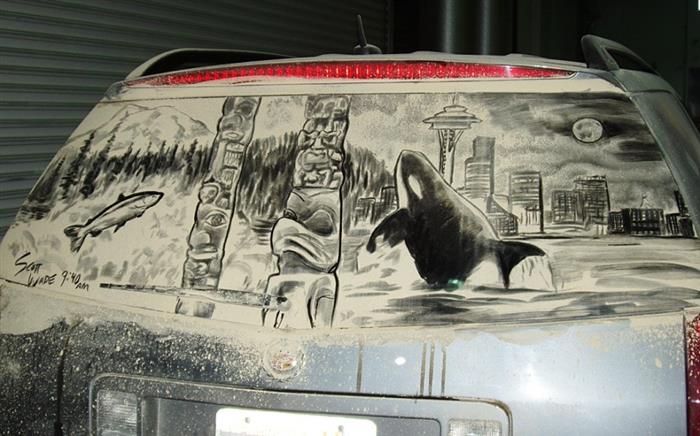 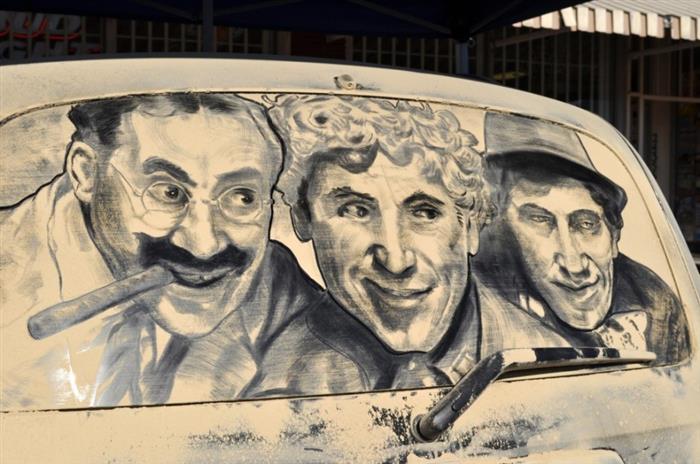 The Great Wave Off Kanagawa 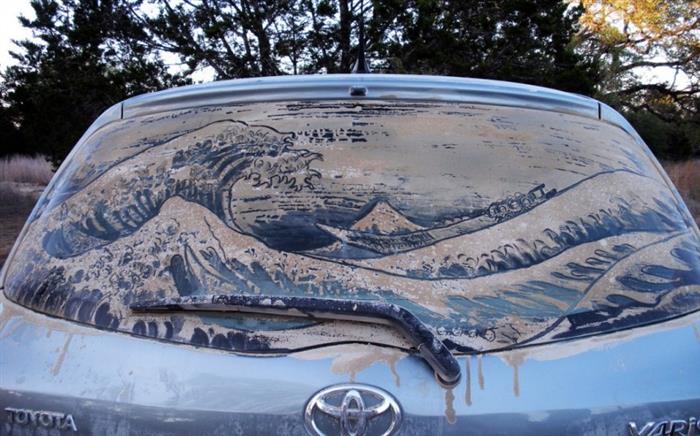 Hylas and the Nymphs 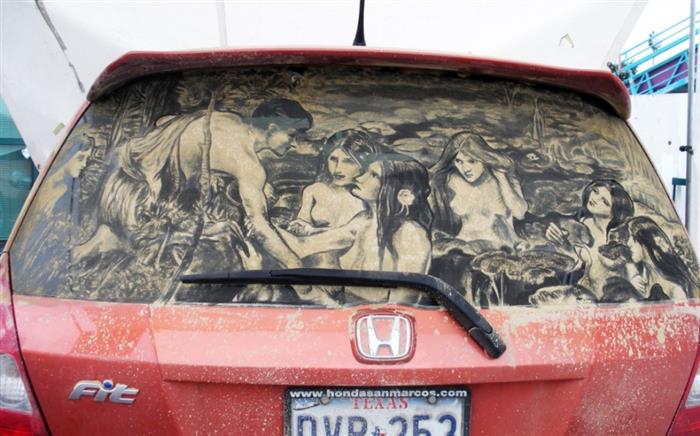 This was for a friend of Scott’s (Bob!) 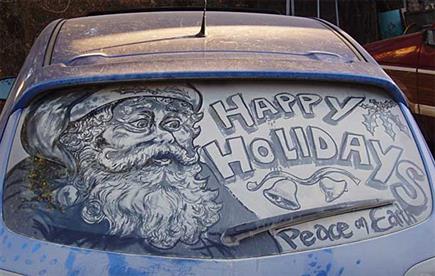 How good are these? Kind of makes us wish our car were dirtier – we fancy giving it a go!