Dan LuVisi wants to ruin your childhood. Well, we don’t know for certain that that’s his motivation, but that’s certainly what’s going on. Why? Well, Dan’s an Los Angeles-based ‘Digital Concept Artist’ (whatever one of those is) and he’s been spending his time recently coming up with messed up versions of your favourite cartoon characters from your youth.

Check them out. But be warned – you’ll never look at Mickey Mouse the same way again… 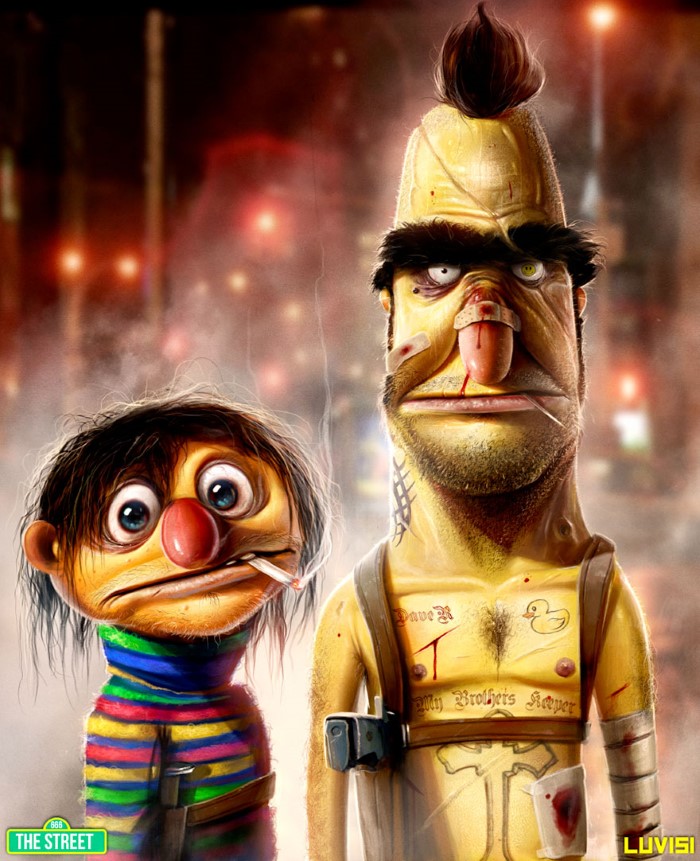 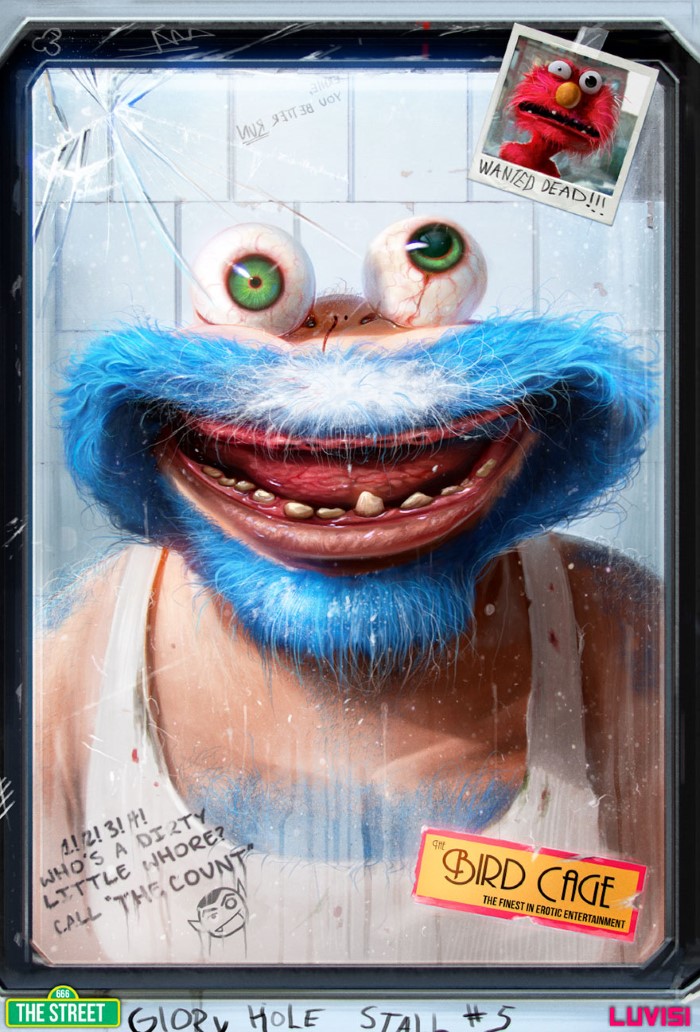 And an absolutely petrifying Donald the Duck… 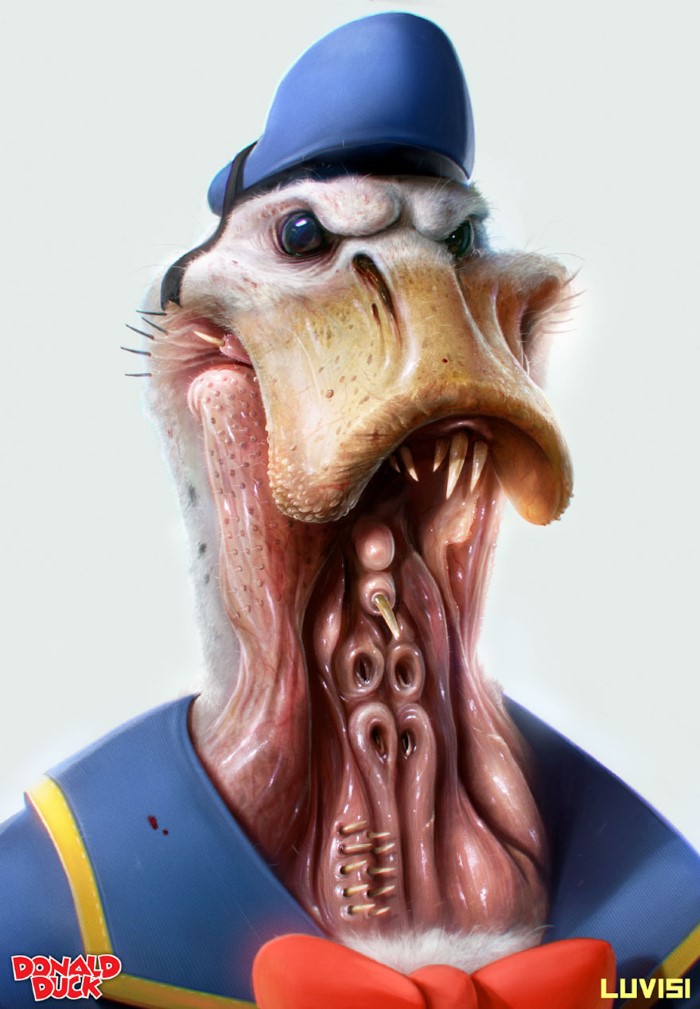 “I was inspired by my childhood nostalgia, growing up on Disney and Nickelodeon cartoons”, LuVisi says. “But what my intentions were to do, was combine that love with the dark underbelly of Hollywood and how it corrupts some of its many actors and actresses.” 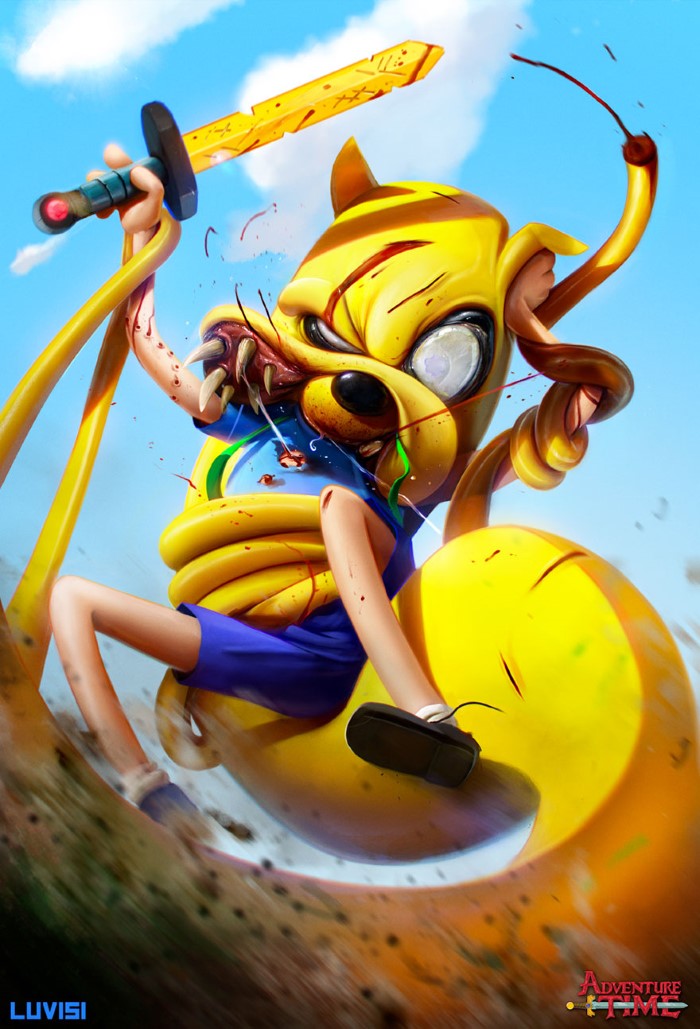 And Homer Simpson as a Reservoir Dogs-style bank robber: 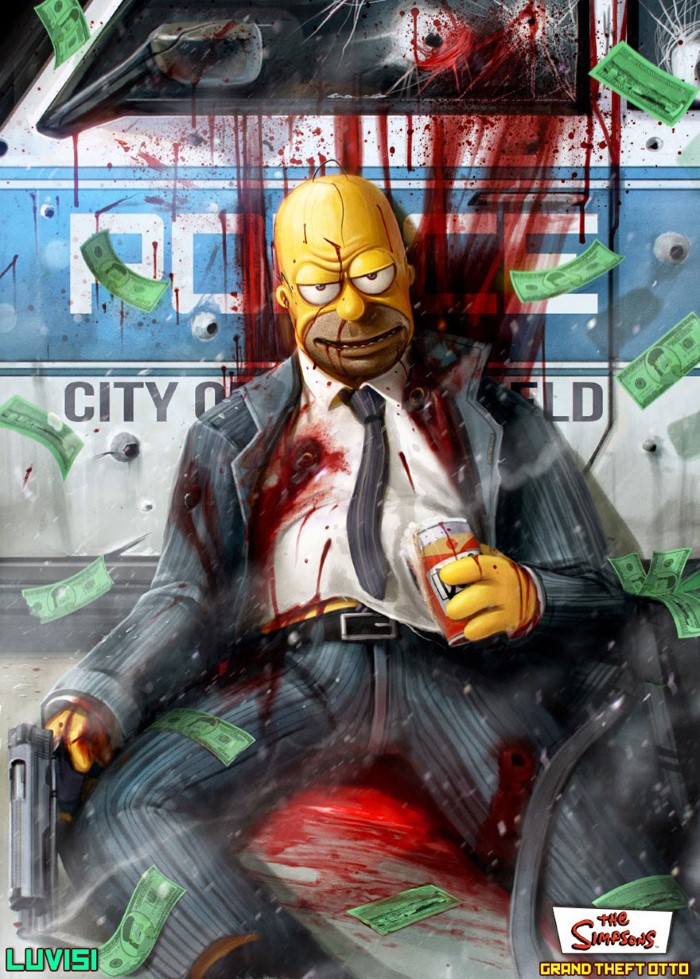 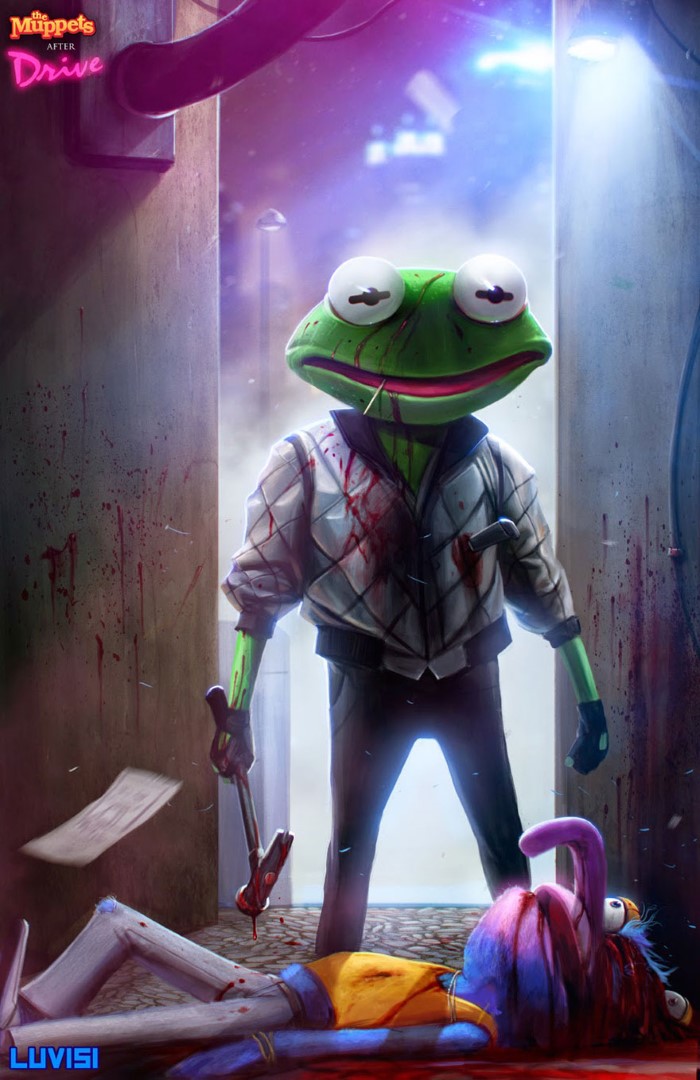 Lenny and Carl from The Simpsons. 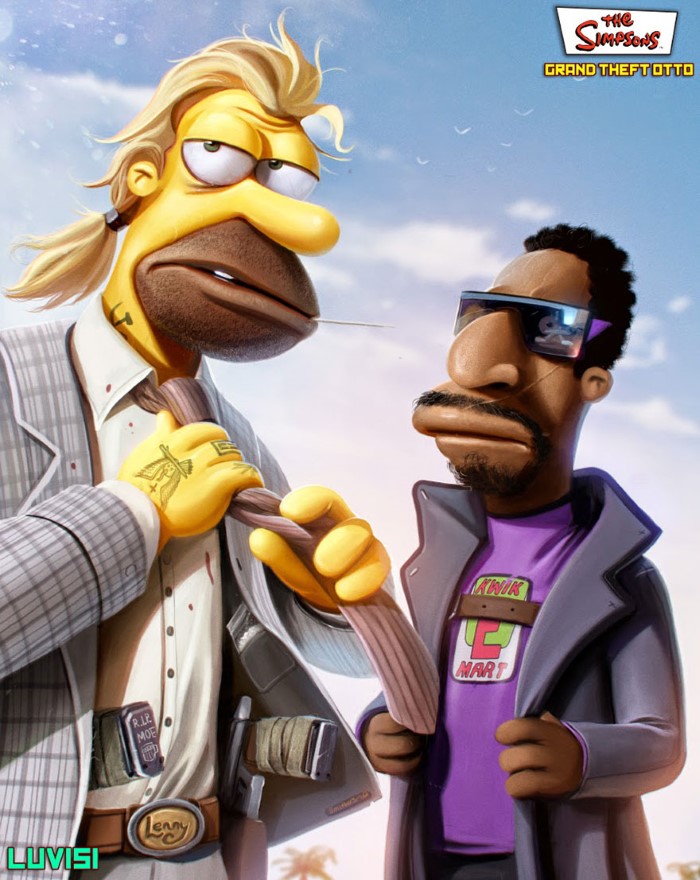 Here’s what Mickey Mouse would have looked like if Walt Disney drew him on a bad trip: 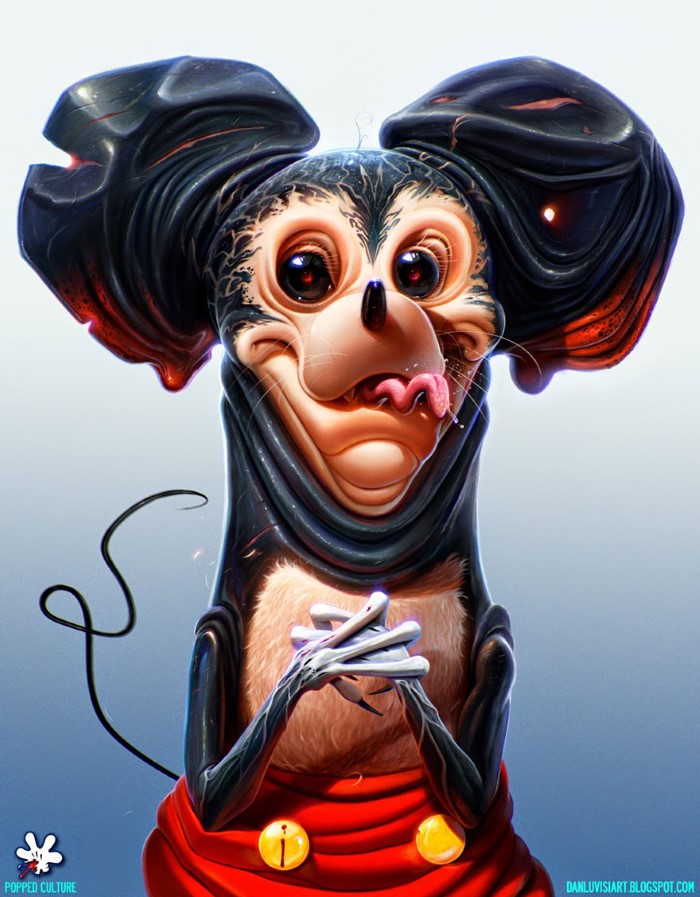 Here’s Mike from Monsters Inc. as you’ve never seen him before. 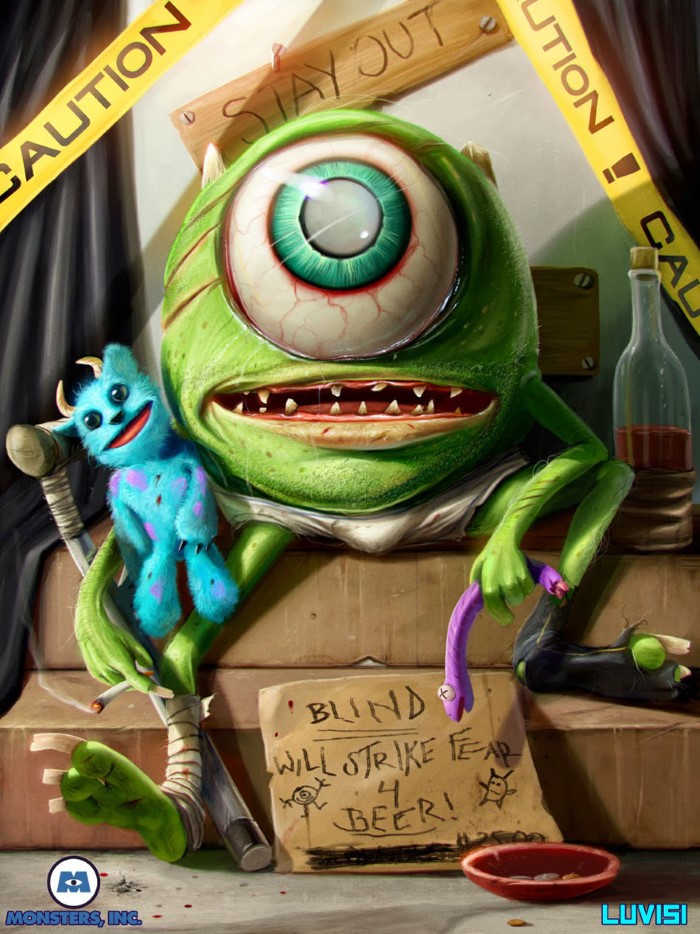 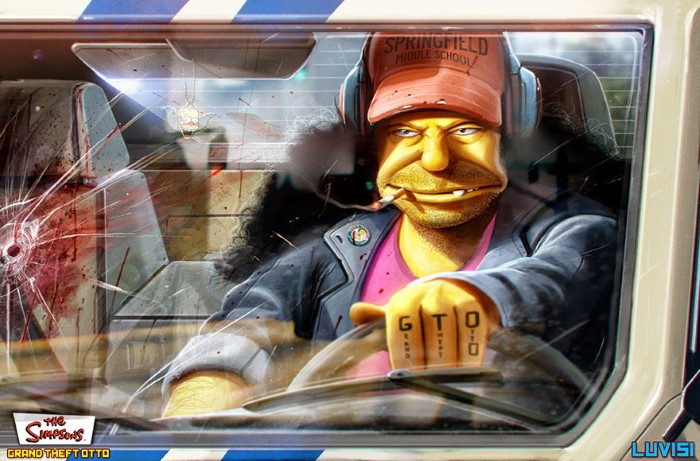 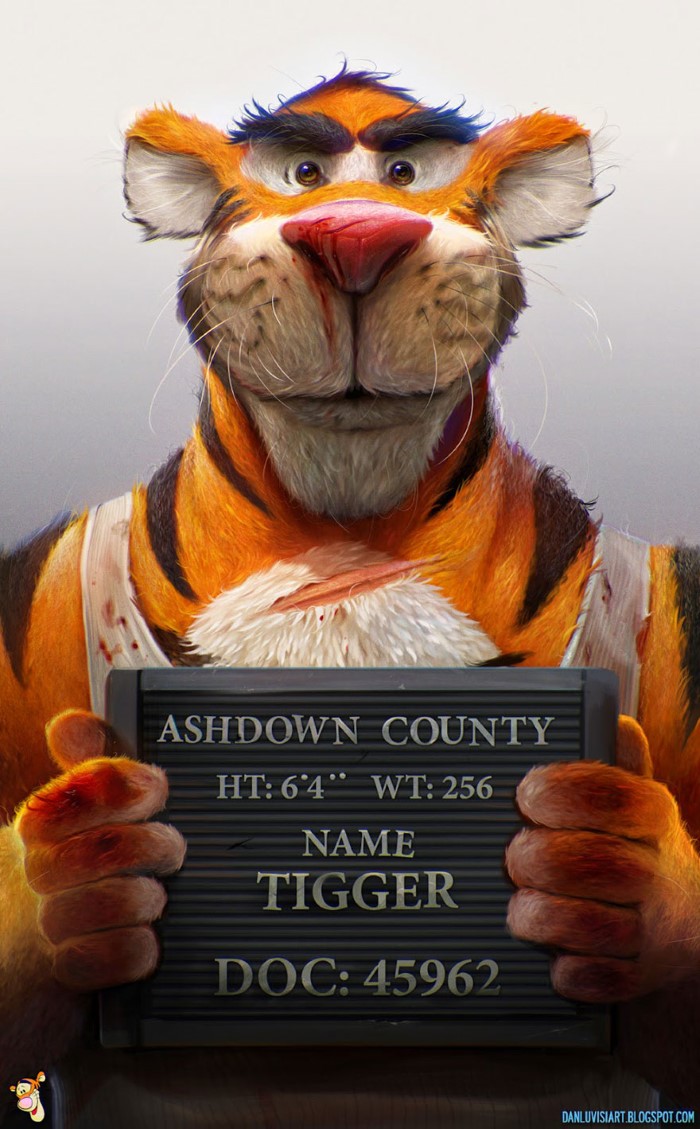 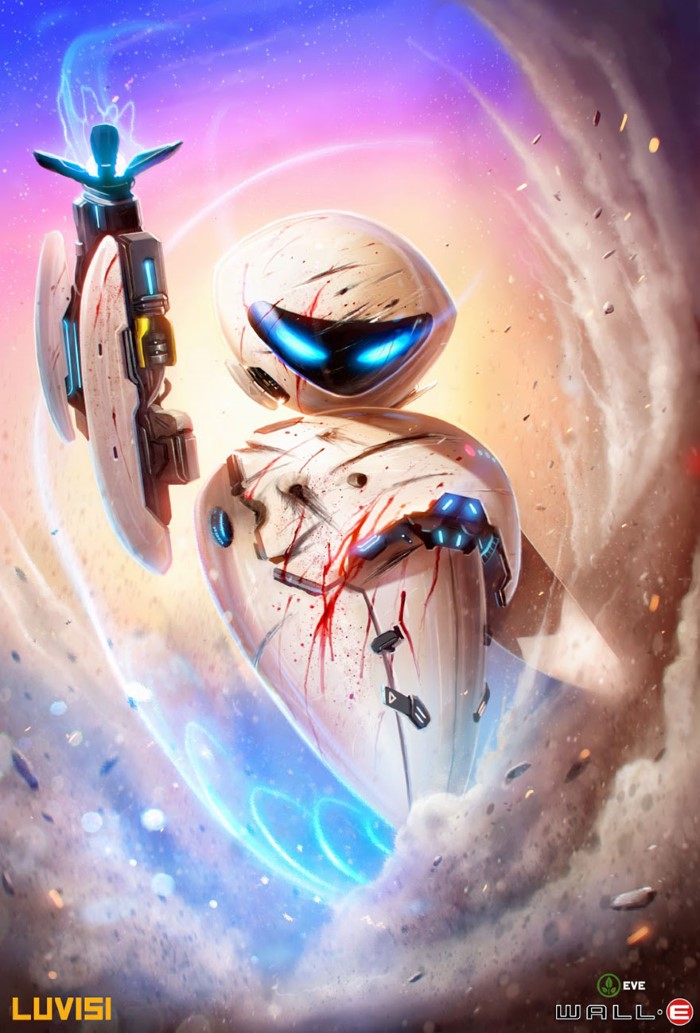 “I know, the characters I am painting are gross, scary and dark. But I am not a crazy person,” LuVisi reckons. “I have two lovely cats (okay, may be semi-crazy), and I like to think I’m an okay guy.” 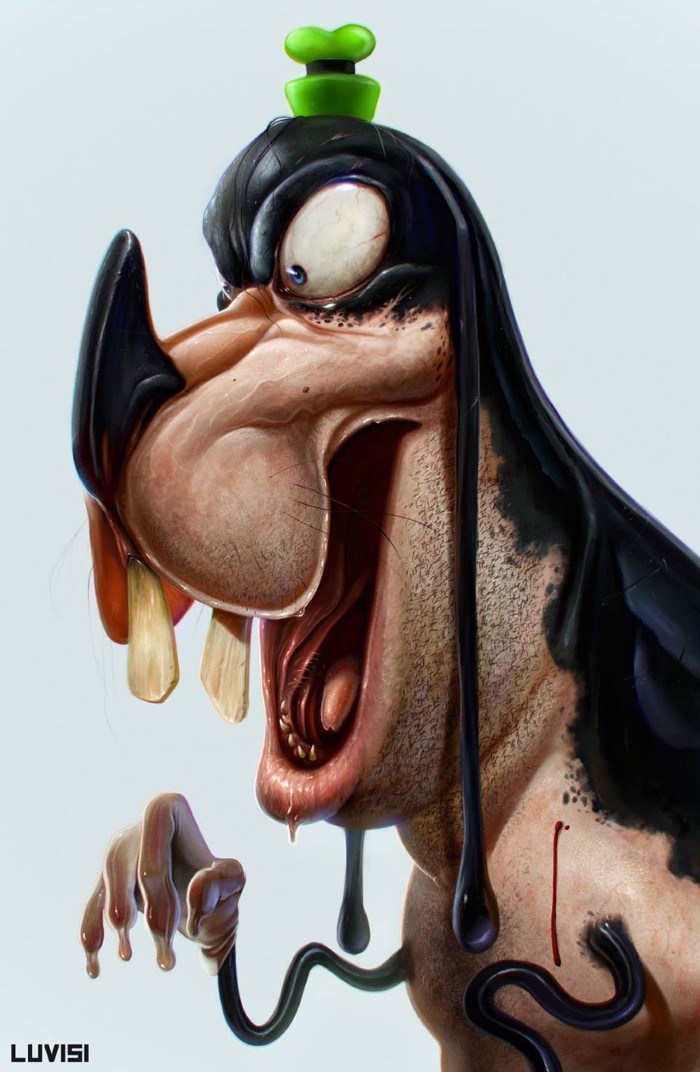 How about those, then? Will you ever look at your childhood the same again?! Why not ruin someone’s youth and share these cool pictures with them today?