After Coty Vincent was involved in a minor hit and run accident, her car needed to go into the garage to be fixed. As she was not able to carry out her day-to-day activities without a car, she headed to her local Enterprise car hire with her young twins in the hope of replacing her vehicle for a few days.

At the Enterprise branch, Coty was served by a gentleman called John Goodlett. John noticed that Coty was struggling to fill in the paperwork whilst juggling her two children. So, he offered to take one of the children and look after him whilst her mother completed the forms. John could see that Coty only had a single stroller, so could not put both infants down whilst she dealt with him. 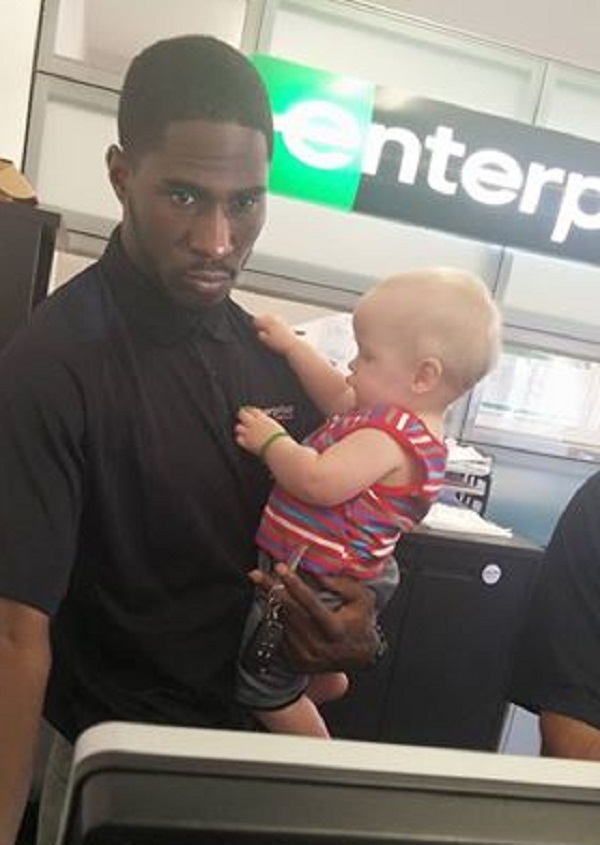 Coty was blown away by the kind gesture, and took to Facebook to share her story. She said:

“This is John and he works at Enterprise. He’s also a twin and his twin sister is his best friend. While he helped me with my rental due to a hit and run accident, he held one of my twin sons as I don’t have a double stroller. One of the most compassionate and caring people I’ve ever met. We need more people like John who go that extra step. Be a John. ‪#‎BeAJohn‬. It’s such a small act that’s touched so many people’s lives. What John did for me, and I’m sure what he’s done for many others, has just made a better day.”

Her post swiftly went viral, at which point it was picked up upon by Enterprise management. The area manager contacted Coty and told her that the company had bought a double stroller for her. They also told her that John would be rewarded for his kind act.

As Coty said, “I think this world would be a much better place with small acts of kindness that go so far.” Remember, Be a John.