A standoff in france has left one man shot, but it was to save his life. 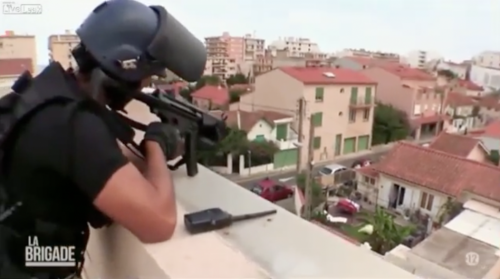 After reports of a man with a gun threatening to kill himself, the French National Gendarmerie (Armed Forces) were sent in to deal with the situation. A man emerges from his home and appears to put the gun towards his mouth. Police and the mans family were all frantic and begging him not to do it. It was quite possible that the actions of one quick thinking police officer saved this man’s life. Lets take a look.

This could have ended a lot worse.