There are certain laws about what you can and can’t do when you’re driving. You mustn’t be under the influence of drink or drugs. You shouldn’t use your mobile phone. You know the sorts of things. Well, maybe police forces across the planet will have to consider, ‘you shouldn’t film a low rent music video’ while driving after they hear about this latest story.

These two Iranian ladies thought it would be a good idea to film themselves singing and dancing along to a pop song while cruising down the road. Not the craziest idea if you’re the passenger like the blonde here… 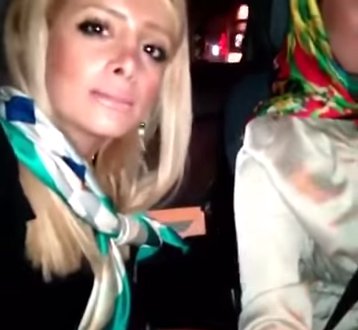 … But a whole lot worse an idea when you’re in charge of the vehicle like the scarf-wearing brunette is here. 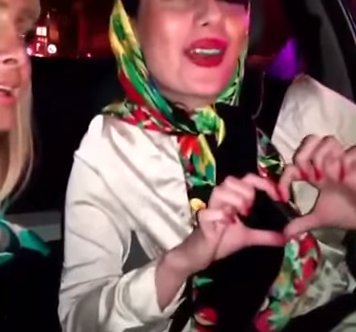 Watch what happens in this short clip here:

The seriousness of the accident hasn’t been determined as neither girl has come forward publicly yet. If you look carefully at the end of the video, though – it’s clear that both were wearing seatbelts and their airbags deployed, so we’re sure it was just their egos that were bruised, more than anything.

Proof (as if you needed it) that you should always watch the road when you’re behind the wheel, folks!