The LifeStraw could well change the face of waterborne diseases, eradicating it across the world. It’s so easy to just take clean and purified water for granted in the western world, but so many other people don’t have access to it. Bacteria and diseases live in dirty water. And in third world countries, where water can be scarce, just drinking a cup of water to survive can be someone’s downfall. In fact, more than 885 million people are thought to live without access to clean water. That’s incredible isn’t it? And truly, truly upsetting. Something needs to be done.

The solution? It looks to be the LifeStraw. It’s an incredibly simple but effective eight inch plastic tube which turns dangerous water into safe water. It really is that simple! Okay, there’s brilliant technology behind it, naturally, but what an idea. It’s said to be 99.99% effective too!

First developed in 2005, the LifeStraw has been refined and revised to such a point now, that the people behind it are eager to get it out there across the world, notably in Africa, where diarrhea, staggeringly, kills more people than malaria, AIDS and measles combined! 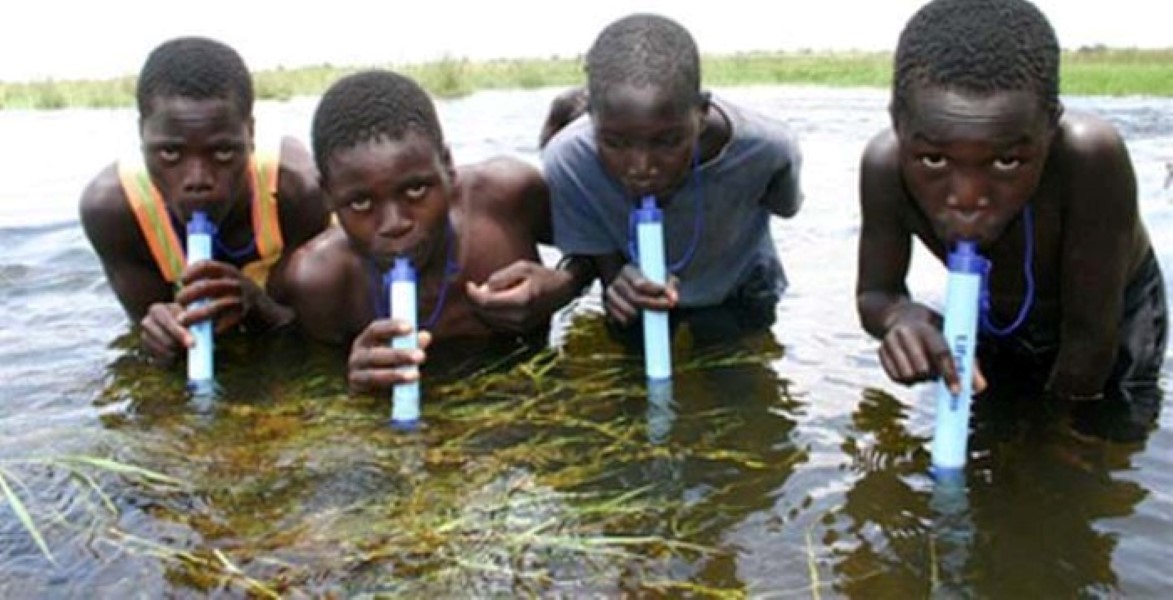 Here’s a short demonstration video, from the inventors behind the LifeStraw:

Wow. This is potentially a real game changer!