It was a serious case of Instant Karma for one idiot in a California club recently after he groped and abused a woman on a night out. The drunk sexist grabbed a random stranger’s butt and made a crude remark. But clearly the guy isn’t a UFC fan, because two of the girl’s friends are mixed martial artists. And it was tough girl extraordinaire Leslie Smith that he really annoyed…

Let’s have Leslie take up the story of how she taught the guy a much-needed lesson! 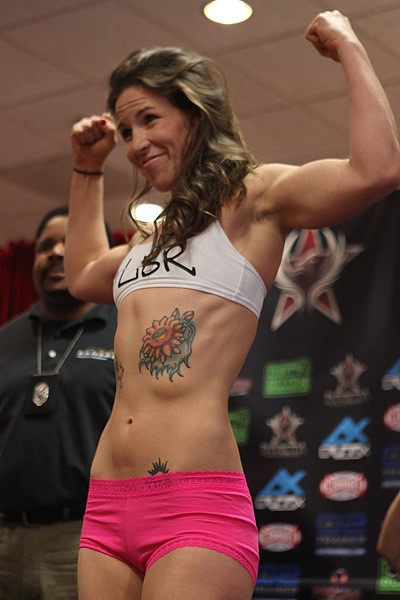 “He had my hair, so I pushed him against a building and then I double-legged him. I took him down  and then I started to take his back, but his hair was really gross and it didn’t quite feel right.” 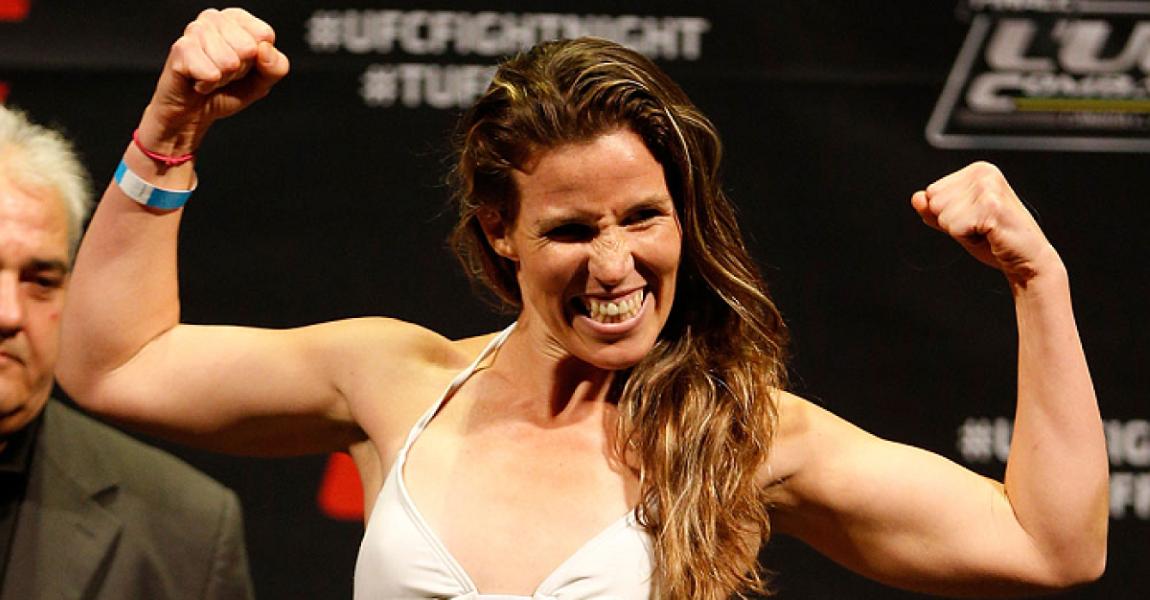 “It has given my friend and all of my female friends so much pleasure to know that happened. It’s not an unusual thing for a woman, a good-looking woman in public to get grabbed and fondled by strangers. At first, I was trying to keep the whole thing on the down low and not say anything about it, but after seeing how happy it has made so many women, I changed my mind.”

“It’s happened to me before,” Smith said. “I don’t think I know a single woman who hasn’t been in a situation where there was a dude who came too close to her and violated her personal space. It’s a situation where if a dude did that to another dude, there would be a fight. That wouldn’t happen in the first place. When I saw people reacting to it so happily, I was like, OK we can share it. Let’s share it.” 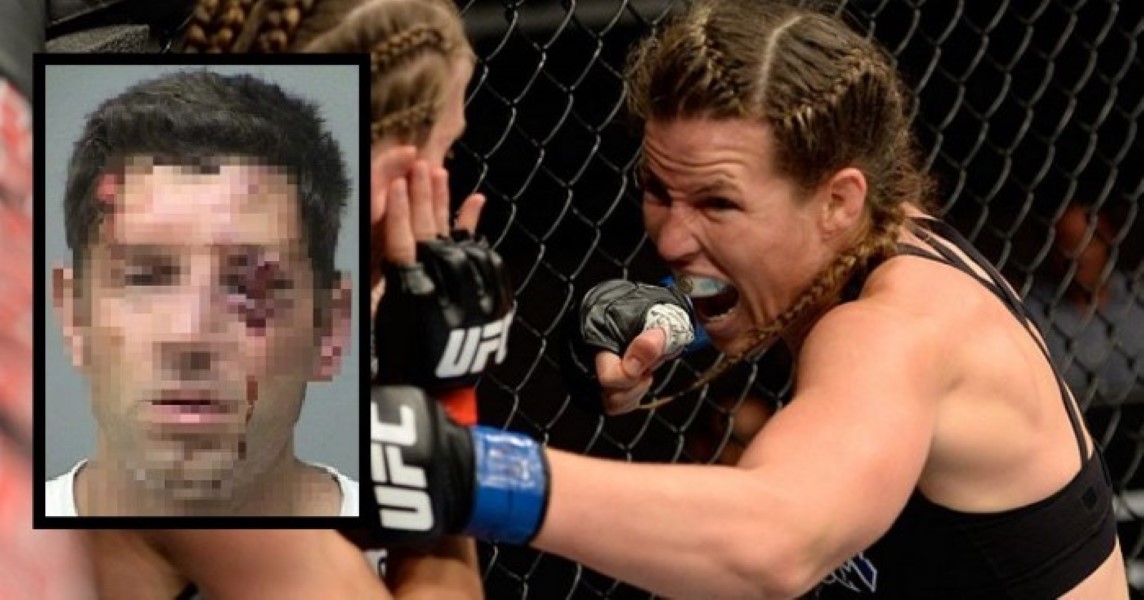 It was Leslie’s pal and fight legend Cesar Gracie that broke the story with this Facebook post: 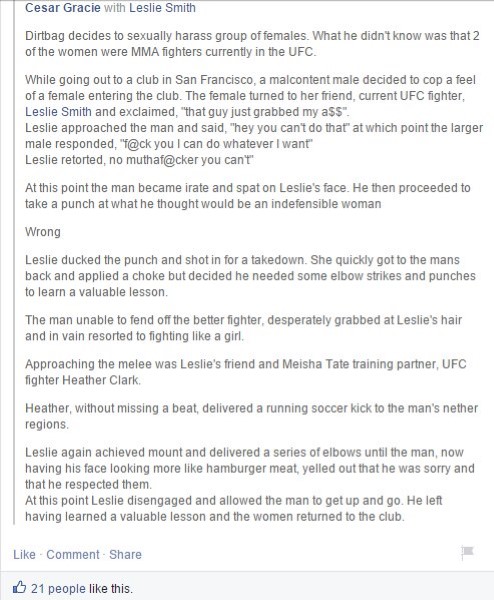