When Bob Nieman and his brother decided to take out their father to an Outhouse Steakhouse to celebrate his 92nd birthday, they just thought they’d have a quick meal and that’d be that. But after staff spoke to the family and realized that Bob’s dad was a World War Two veteran, they got together to make a very simple, but heartfelt and warmly received gesture that just made everyone at the table’s day.

They left this note: 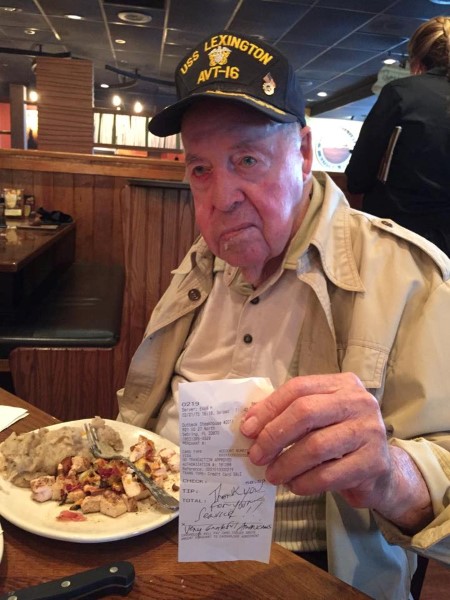 The hungry veteran served for years as a crewman on the famous USS Lexington. The ship was an instrumental weapon in the war against Japan, being integral in the Battle of the Coral Sea. 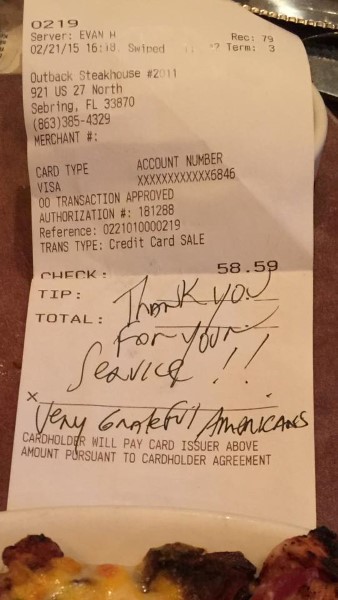 Bob told the media: “I did 27 years on the Police Dept. and people never cease to amaze me in bad and good ways,” Nieman told Opposing Views. “My Dad is my hero & this was I think more of a happy moment for me than him, seeing someone appreciate him in this way actually brought a tears to my eyes.”

It’s the little things like this that can make all the difference to people’s lives. This guy dedicated and risked his life to protect his country and asked for nothing in return. So when something is given, even just thanks, it can go a long way.

What a great little story! 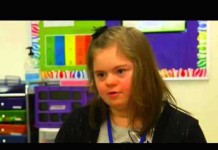 Basketball Players Head Into The Crowd Mid-Game To Confront Bully Of Cheerleader With Down Syndrome.