You think you know horror from the moves you watch? True horror lurks in the mundane world we live in, though. Movie characters like Norman Bates, Hannibal Lecter and Leatherface may strike fear into our hearts and haunt our dreams. But what if they existed in real life? Well, they all did. And they were just one man… Wisconsin farmhand and savage, Ed Gein.

Gein’s been dead for three decades now, but when he was alive, he was a serial killer and grave robber with an insatiable appetite for murder and savagery. Not only that, he amassed a grim collection of trophies from his victims and the bodies he’d snatch from local graveyards. These remains would often be turned into furniture, clothes or accessories.

Let’s take a look at some of his vile collection, shall we…? 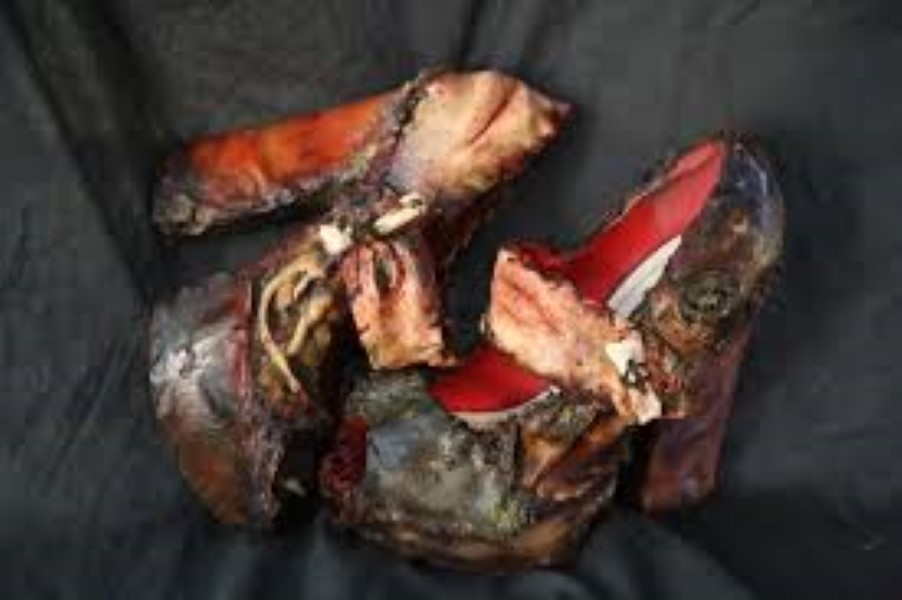 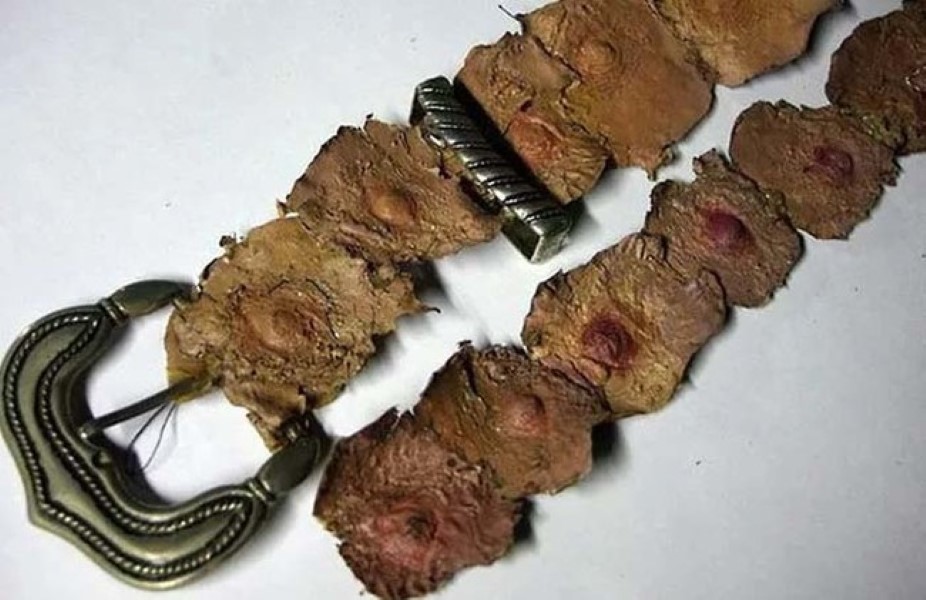 Gloves made from skin. 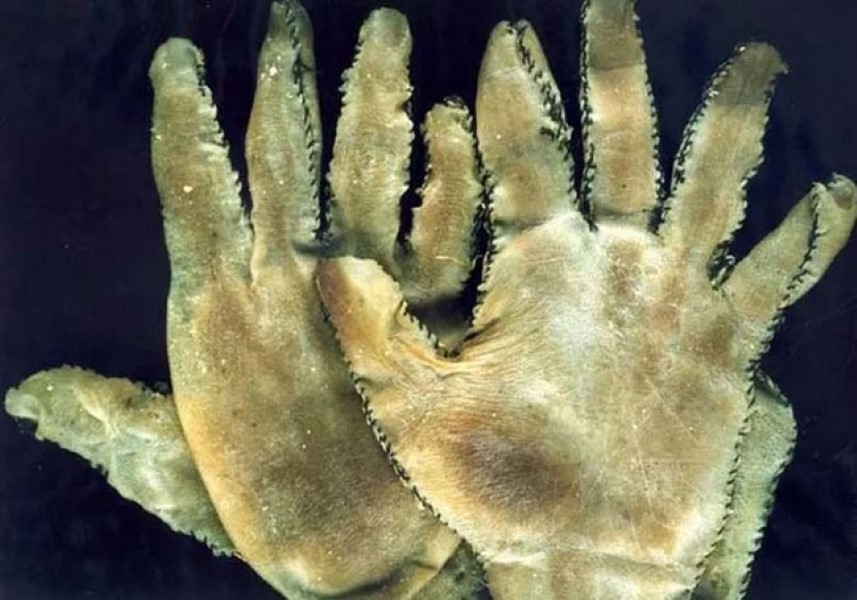 A trunk comprised of body parts that stored… You guessed it – more body parts. 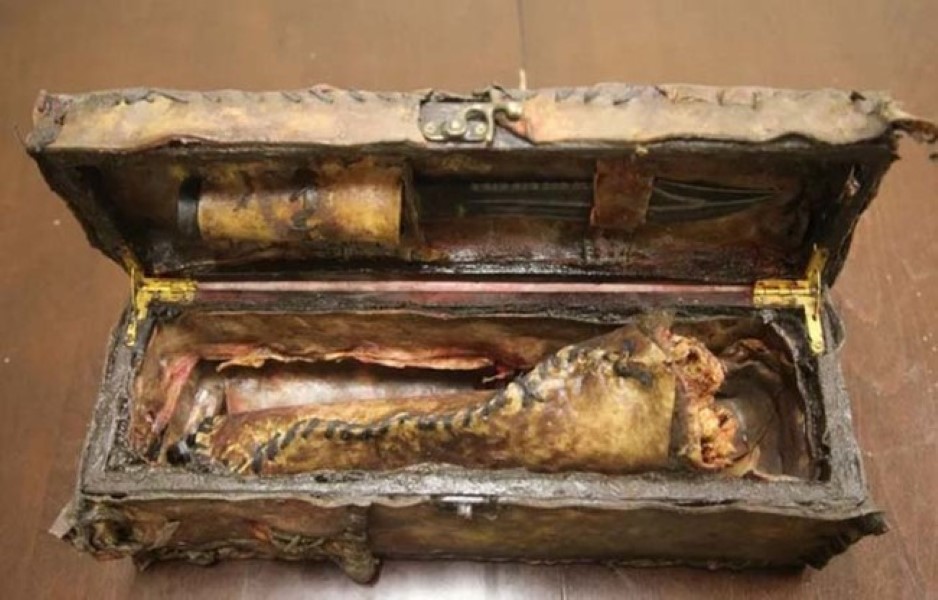 A handbag stitched together from various miscellaneous human remains. 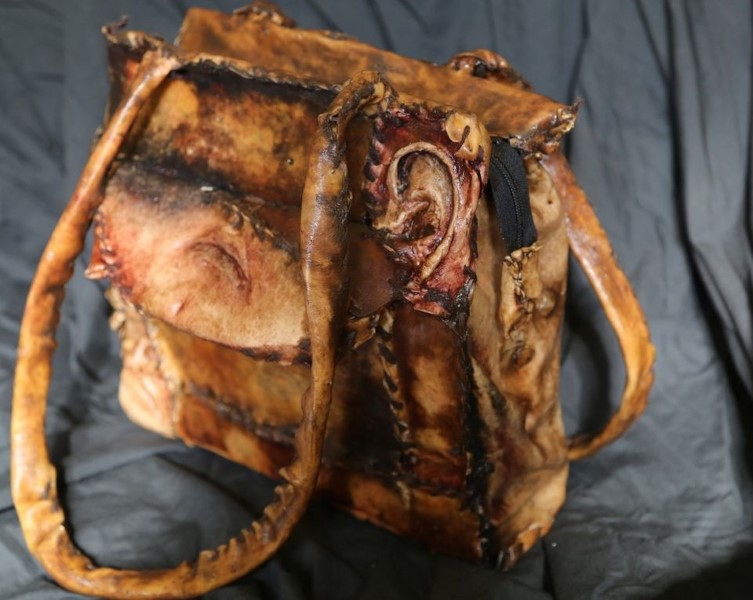 A necklace made from tongues. 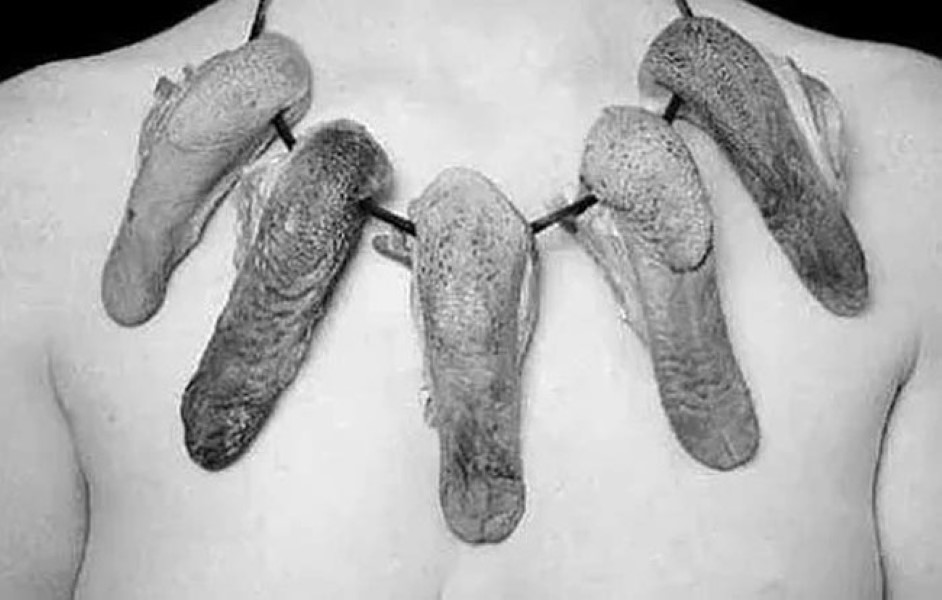 Truly, truly horrifying. It’s little wonder Gein’s gone down as one of the USA’s most notorious serial killers.