A diver has caught on camera the shocking moment that he was attacked by a great white shark. Tyler McQuillen was diving off the coast of Santa Barbara a fortnight ago when he felt a hard blow to his lower back. He initially thought it was a friend messing about, but turned around to see that a shark was attacking him. After the initial attack took place, the shark began to circle Tyler, who took out his speargun with a mounted Go Pro camera, and began to film. 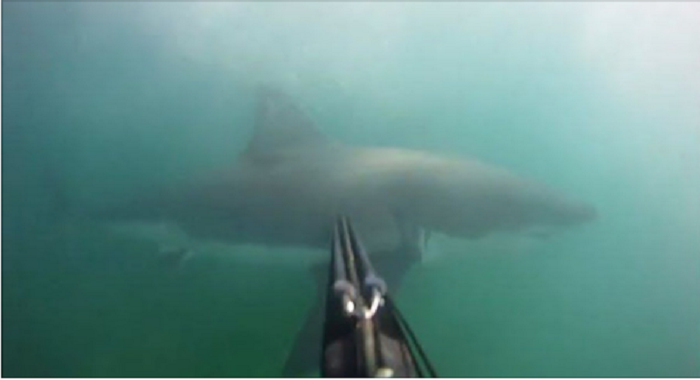 As the shark circled, Tyler moved in and stabbed the animal with his speargun

“I gave him a nice little jab,” McQuillen told local news. ” I was extremely lucky to get out of this one alive. I saw blood around me and wasn’t sure where it was from, so I swam as fast as I could back to shore.”

McQuillen also shared a picture of his wounds on Facebook. Tyler didn’t realise at the time, but the shark had bitten his foot, breaking two of his toes. 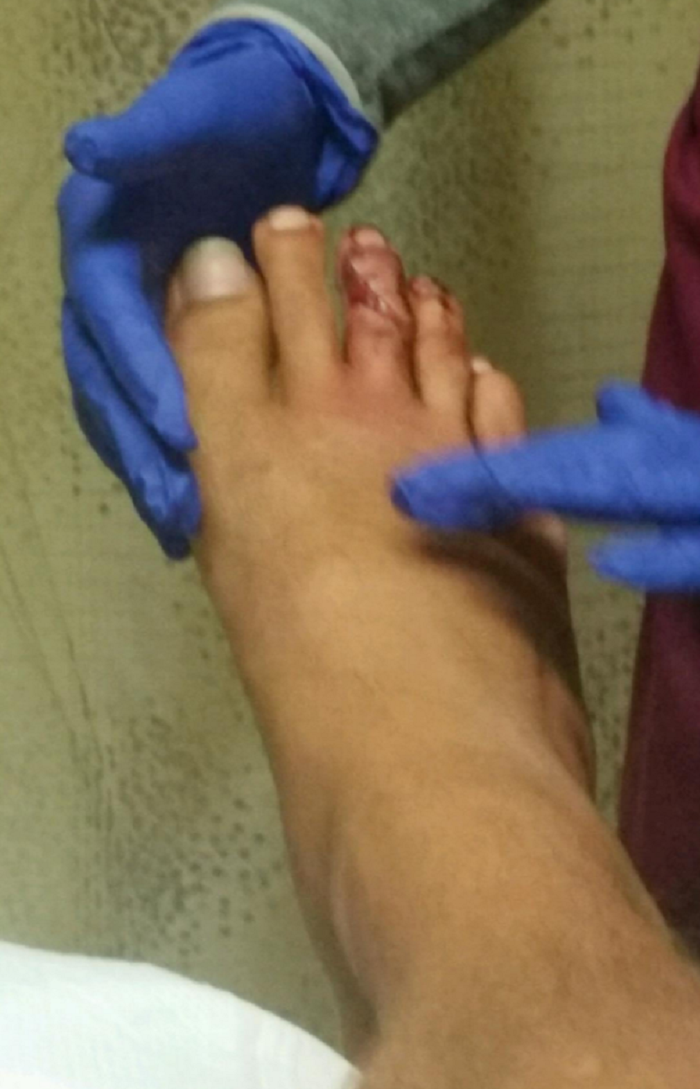 Despite the ferocity of the attack, McQuillen knows it could have been a lot worse. “I was lucky to escape with my life,” he said.