The state of Kansas is known across the world as being the home of extreme weather. Storms, tornadoes, twisters, cyclones, hurricanes… It’s not unfair to say that the state can be a little bit windy at times. And that was certainly the case when Jacob Stokes, Dave Pahlmann and Curtis Thomas went for a drive recently…

The three of them caught some amazing footage on camera of an HGV truck nearly being blown over by a severe storm. Gale force winds were about to tip the truck fully over when the truck’s driver took evasive action and managed to avoid catastrophe. 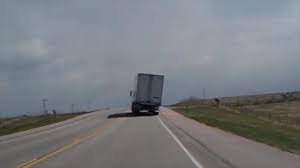 Just as the wind seemed to be about to push the truck onto its side, the driver locked the wheel fully to the right, crashing through a roadside fence and into a field. Had he not, his vehicle would have tipped and his cargo been damaged. 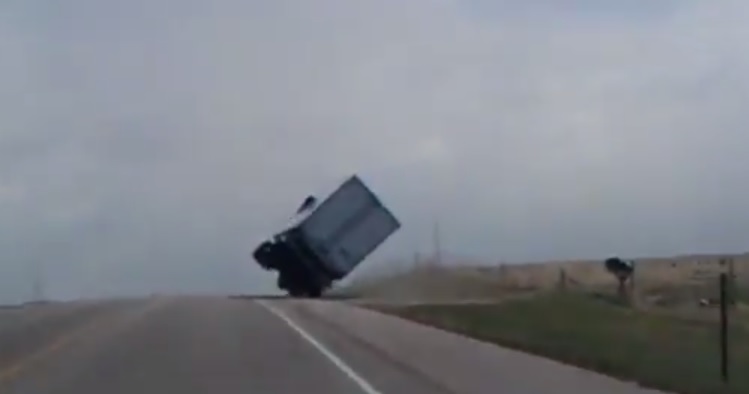 Look how close it comes to flipping!

Jacob, who was driving in the car behind, said of the incident:

“The truck drivers had severe wind storm warnings. The highway got shut down shortly after several trailers and fifth wheel campers were blown over.”

Good work, driver! We hope you got a bonus from your boss for that!